Shredded zucchini and the bright, herbal flavors of pesto make for a refreshingly light, spring-y riff on latkes.

This variation contains the core staples of the traditional latke—you'll need potatoes, onions, egg, and matzo meal. And it follows the same basic latke-making technique. But it also integrates other vegetables and spices, herbs, and even nuts and cheese. If this is mishegas, then mishegas is freaking delicious.

I'm a zucchini fiend, so this one was a no-brainer. But, while zucchini are delicious, they also have a very delicate flavor that can easily be overwhelmed. Chopped basil and lemon zest help that light, grassy quality shine. Once I had basil in there, a pesto-flavored lightbulb went off, and I dove for some pine nuts and Parmesan cheese. The combination was so successful, I'm tempted to start adding zucchini to my pesto in the future.

Zucchini not your thing? Try this bright pink beet version, or this vibrant sweet potato, carrot, and squash latke.

The exact amount of matzo meal needed will depend on how moist your vegetables are. Start with the suggested amount, then add more if needed, working in 1-tablespoon increments, until you can form patties that stick together in your hands. 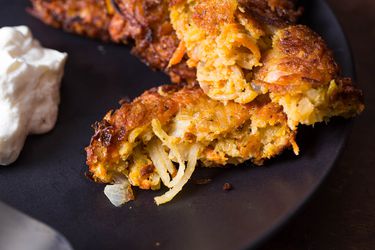 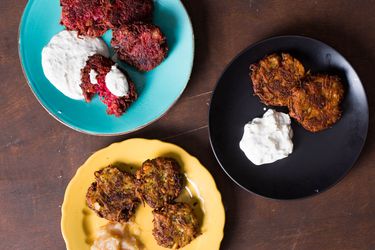 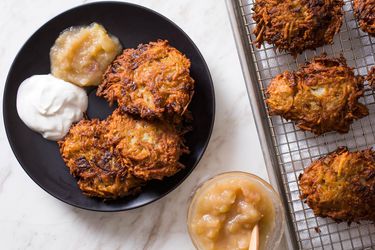 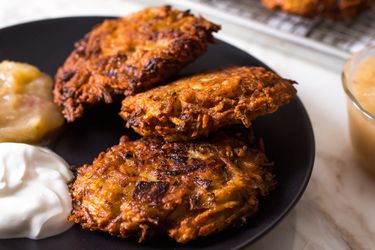 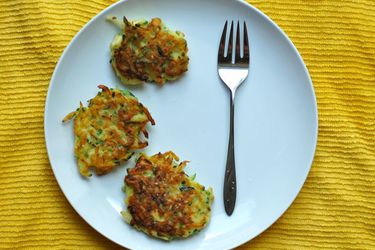 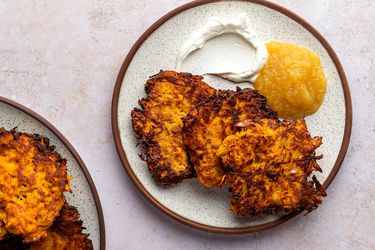 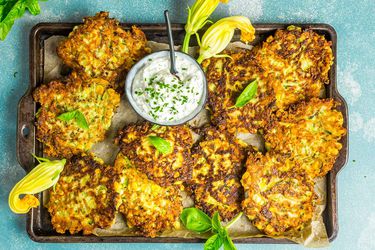