Step into the world of semi-soft cheeses, and you’ll find yourself surrounded by the greats like Bleu d’Auvergne and silky Raclette. You’ve likely encountered them at restaurants, grocery stores, or at a friend’s wine and cheese night. The group of cheeses generally contains a moisture level of between 45 and 50 percent, giving them a firmer interior than that of soft cheeses, and can be split into two categories: interior-ripened and surface-ripened. The former means that the aging process begins in the center and makes its way outward while the latter means the opposite.

Understanding the flavors and aromas of each of these semi-soft European cheeses can help you make the right cheese choice, whether you’re looking for a new ingredient to cook with or just an afternoon snack. The options may seem endless, but we can walk you through it.

Underneath the powdery white rind of Bleu de Gex, you’ll find a beautiful ivory paste with blue-green marbling that’s bursting with a salty, sweet, and nutty flavor. The dense and creamy cheese is slightly crumbly with a mild, earthy aroma. We particularly love enjoying it on a cozy night in with a glass of fruity red wine in hand.

Packed with salt and spice and everything nice, Bleu d’Auvergne is the perfect cheese to have on hand for cheese plates, salads, soups, and even burgers. Kick back with a sweet dessert wine or a rich, dark beer when bringing out this pungent cheese.

Of all the blue cheeses, Fourme d’Ambert is one of the milder ones. It has been produced in France for over 1,000 years, and its delicately fruity flavor and delightful mushroom overtones make it easy to see why. Enjoy it in a salad, alongside fruit, or with a Weizenbock beer in hand.

This cheese likes to stand out from others with its vibrant orange, wrinkly rind. Its texture is dense and rich, with a spicy and salty taste and a slight sourness. In true show-stopping style, Langres features a concave top that’s meant for cutting a slit into and pouring a bit of Champagne over, allowing it to infuse the cheese and create a fudgy texture.

Also called “The Colonel” due to the bands wrapped around the cheese that resemble the shoulder stripes worn on a French army colonel’s uniform, Livarot is the oldest cheese to come out of Normandy. The dense and springy interior features small scattered holes while its flavor has a full, spicy, and tangy bite. Serve as a light dessert with apples, grapes, and pears as well as some hard cider or apple brandy on the side.

You’ll be able to pick out a block of Maroilles from a line-up, thanks to its notably brick-red rind and, of course, its famously pungent and funky aroma. Since the cheese is regularly washed with salt and water, its appearance starts off with a yellow color and then turns orange, and eventually red, as it matures. Its umami flavor comes through quite strongly, with citrusy notes as well. Reach for this cheese at the end of a meal, along with cider, beer, or Champagne.

Don’t turn your nose away at Morbier’s strong smell—its flavor is surprisingly mild, with a nutty aftertaste and creamy, supple, elastic texture. In the center of the cheese, you’ll find a thin black layer of flavorless ash that was initially added back in the day to keep bugs at bay but now merely serves as a decorative addition. An ideal dessert cheese, Morbier goes well with a sweet white or fruity red wine.

Munster (the original version of the American cheese called Muenster) is a soft-ripened cheese known for its highly aromatic rind, rich and creamy texture, and meaty, nutty, and tangy flavors. If you’re a fan of the classic combo of potatoes and cheese, try this variety on a baked potato.

Don’t go breaking Neufchâtel’s heart—unless you want to get its soft, tangy interior, of course. Its iconic heart-shape dates back to the Hundred Years' War, when French farm girls fell in love with English soldiers stationed in Normandy. A cheese that makes a statement all on its own, Neufchâtel’s slightly crumbly texture and sharp, salty, mushroom-like flavor goes best with crisp, dry white wine.

As potent as it is classic, this cheese dates back to 12th-century France. It was originally called Angelot but was later renamed after a bridge in Normandy. The rind is a slight orange-brown coloring while the creamy, pale-yellow paste has a buttery, tangy flavor and, overall, is intensely savory. Serve at room-temperature before or after a meal with Champagne, hard cider, or apple brandy.

Named after the abbey of Notre Dame du Port du Salut in Entrammes, Port Salut is a subtle cheese with a mild, tangy flavor, making it the perfect addition to any cheese plate. It shines next to simple ingredients such as fruit and salad greens.

It’s possible you’ve come across some mesmerizing videos circling the internet of a gooey block of cheese being melted and scraped atop bread or potatoes at a restaurant. That’s raclette, a cheese that derives its name from the French word “racler,” meaning to scrape. With its salty, nutty flavor and silky smooth texture, it’s perfect for melting over bread, roasted root vegetables, and even cured meats.

Reblochon takes its name from the French word “reblocher,” which means to pinch a cow’s udder again—a nod to 13th century Savoie herdsmen who sneakily returned to work after their bosses had left for a second extracting of milk that was much creamier than the first and which they used to make Reblochon. The cheese’s exceptionally smooth texture is accompanied by a strong herbal aroma and an intensely nutty aftertaste. Melt it over a baked potato for a hearty snack or throw it in a potato casserole when entertaining.

Dubbed the "King of the Blues," Roquefort was considered to be Emperor Charlemagne's favorite. Rumor has it that the cheese was the result of lust after a young shepherd abandoned his lunch in a cave to run after a beautiful girl. He returned months later to find his cheese had grown a species of mold known as Penicillium roqueforti, and thus Roquefort was born. The rindless cheese is characterized by a sharp, savory, and zesty taste as well as a moist and crumbly texture. It’s just as delicious tossed into salads or paired with nuts and figs as it is on its own.

Due to an aging time of six to eight weeks atop rye straw mats, Saint-Nectaire carries a peculiarly pungent smell. Nevertheless, it has a deliciously grassy and nutty taste, complete with a touch of salt and spice as well as a silky, melt-in-your-mouth texture. Try this cheese next to bold, fruity reds or smooth whites.

Cheeses produced in the French Alps and Switzerland are named Tomme, followed by the name of the village where they’re made—hence Tomme de Savoie, a variety originating from France’s Savoie region. Biting into this cheese will give you a little bit of nuttiness and tang, in addition to a rustic, earthy aroma. Layer it into lasagna for an exciting twist on a classic.

Your Guide to the Soft Cheeses of Europe

Staff Picks: The Cheeses We Go Crazy For
Sponsored 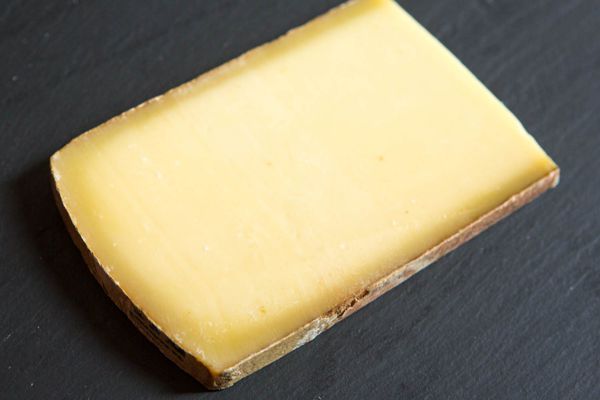 Your Guide to the Hard Cheeses of Europe 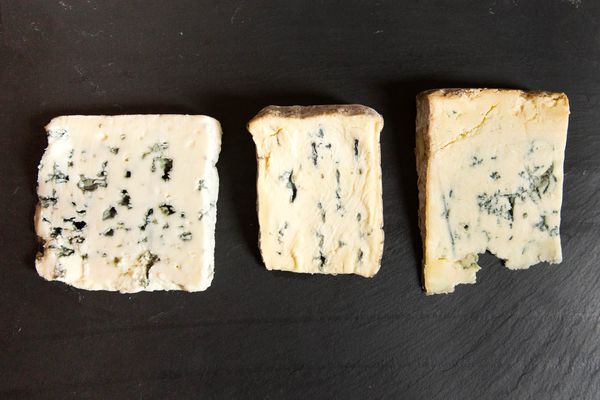 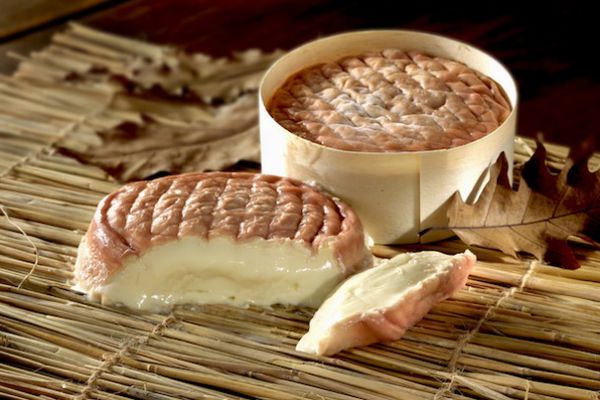 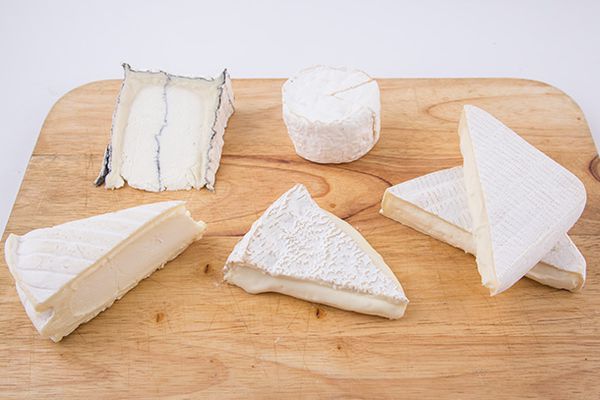 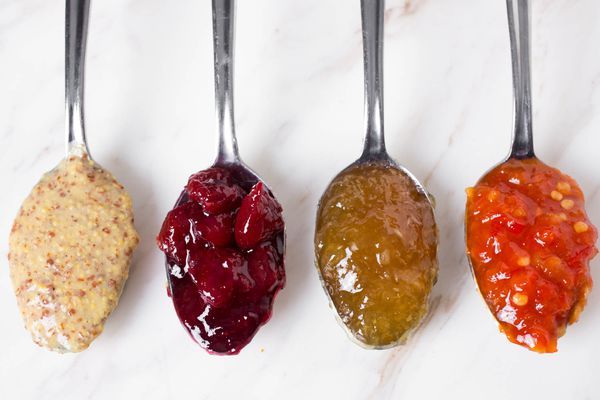