The Wire Monkey UFO Bread Journey is an excellent pick for scoring bread. Its round shape makes it feel like a natural extension of the hand, offering more control than some stick lames.

When the doorbell rang one April afternoon and 14 kilos (31 pounds) of assorted flours were delivered to our small apartment, my husband politely asked what I was doing.

“Nothing!” I chirped, having spent the last several weeks wrist-deep in bread dough.

Everyone and their neighbor’s dog may have dabbled in sourdough during the pandemic, but naturally leavened bread is far from a trend. Experts believe that sourdough has been a thing since 3000 BC, when the concept likely originated in ancient Egypt and then gradually spread across the globe like a blob of over-proofed dough on a too-warm day. And since no one alive today can rightfully claim that they were into sourdough “before it was cool,” I can share without smugness that my own sourdough efforts began sometime in 2017, when I entered into a whirlwind relationship with a bag of rye flour and starry-eyed ambitions for luscious loaves. Let’s just say things didn’t work out between us.

Sometime in 2019, emotionally recovered and having borrowed a copy of Chad Robertson’s Tartine Bread from a friend, I got back in the sourdough saddle for another lackluster year. Anfang is one of many German words for “beginning” or “start” and—I thought—a clever name for a starter, but our union was never what I’d imagined. “It’s not you, it’s me,” I whispered as I half-poured, half-scraped the contents of a jar into the trash. That was the end of Anfang and another pause on my sourdough pursuits.

I turned instead to fresh yeast and it didn’t take long before I was reliably churning out bakes that didn’t prompt a quizzical, “Is that supposed to be bread?” follow-up from the aforementioned spouse whenever he’d wander into the kitchen and eye the latest thing on the counter.

My next move was to order an inexpensive baguette tray—a perforated pan with ridges to accommodate four lengths of dough—which I was excited to notice came with a lame; a new-to-me tool that made me feel more like a proper baker. A French word for “blade,” a bread lame (pronounced “lahm”) is purpose-built for slashing dough before it’s put into the oven.

“Scoring bread was a way for people to recognize their own loaves when bread was baked in large, communal ovens,” says Natalie Sanseverino, an Australian-born sourdough baker and instructor based in Nuremberg, Germany. “Today, scoring mostly serves as a function to guide oven spring as a baker desires.” (You can read more about the functions of scoring here.)

A lame allows you to make exact slashes without tearing or ripping the dough. And though my lame was just a curved sliver of semi-dull metal attached to a piece of green plastic, it still felt like a step up from the paring knife I’d been using to score my industrially-aided dough.

All told, I thought I was pretty cool until I secured myself a spot in one of Sanseverino’s sourdough beginner workshops in early February. Determined to finally figure out where I’d been going wrong, I listened attentively as she covered important themes like starter health, baker’s math, and dough shaping—then her bread lame made an appearance. 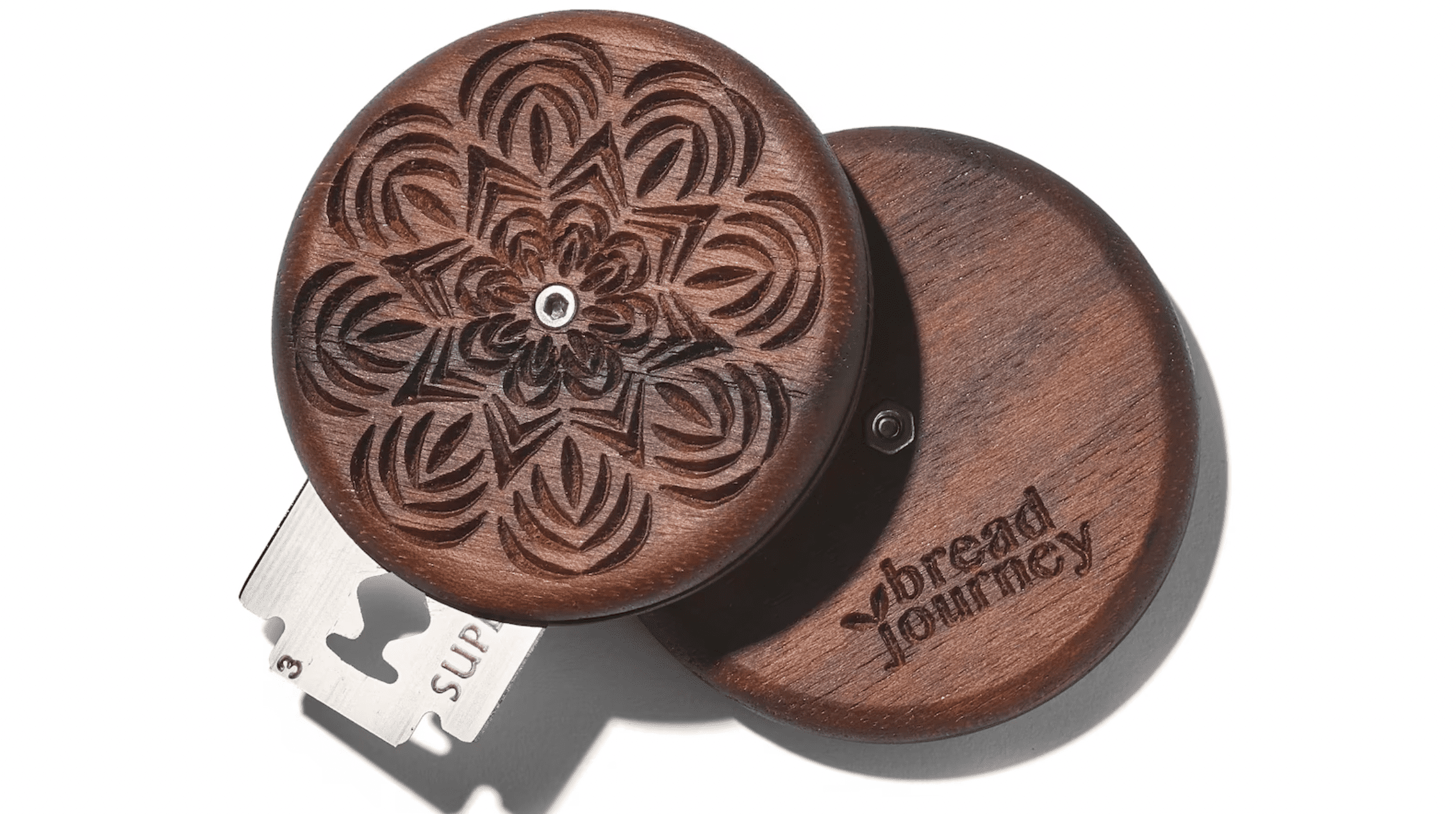 Sanseverino didn’t just roll up to class with a razor blade and a deft wrist, she had a Wire Monkey UFO Bread Journey—a black walnut beauty with a slick, detailed design that kept the blade safely tucked away while allowing for ultimate control.

The way this baker-favorite lame works is pretty simple: Two wooden discs spin together, sandwiching a thin, flexible razor blade in between. While in use, the discs serve an ambidextrous grip, keeping fingers out of harm’s way while allowing for precise dough slashing. When scoring is complete, the discs spin apart to allow the full length of the blade to slip inside for safe storage.

“I’ve always felt more comfortable with Wire Monkey’s short UFO lame because I feel in total control from the moment I pick it up,” Sanseverino says. “I’m in such close proximity to the dough that I can consider the UFO an extension of my hand—I feel very lost when I’m scoring without it.”

Held in my own hand, it took all of about two seconds to discern that the Wire Monkey lame would also be a better fit for me than the, uh, lame blade-on-a-stick situation I’d been working with. I asked where I could find one locally—Bio-Mühle Eiling if you’re in Germany!—and promptly ordered the UFO Zero. (I did briefly consider Wire Monkey’s swanky version of a stick lame, but by then I was so starry-eyed over the UFO there was no way I was changing my mind.)

I’m not going to say that this lame has made me a better baker—for that I’ll credit Sanseverino’s expert guidance and the 25 grams of robust, eager-to-please starter I took home that day—but I do enjoy using my Wire Monkey UFO so much that it serves as added incentive to bake. It’s a real treat to spin those discs, shake out the blade, and pierce the surface of a fridge-cold boule before sliding the mass into a steaming oven and hoping for the best.

And I’m happy to report that after a multi-year on-and-off dalliance, sourdough and I are finally in a good place. 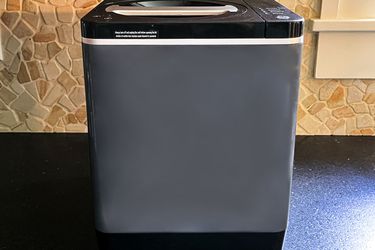 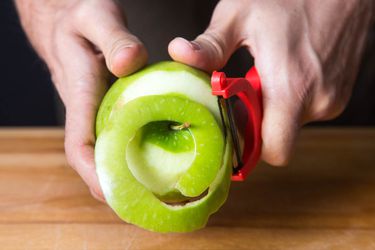