I don't want to brag, but...okay, I do want to brag. I make the best angel food cake in the world. It puffs up like a cloud in the oven, towering up out of the pan, and every slice is so fluffy, it makes whipped cream look dense.

The recipe's coming later this week, but first, a spotlight on the secret ingredient—cake flour. Milled from soft wheat, it's even more delicate than pastry flour, with a protein content of ideally no more than 8%. Though that's only two to five points lower than all-purpose, it's a critical difference when it comes to cake batter, which contains significantly more water than cookie dough, a state that facilitates gluten formation.

For over a century, American cake flour has also been bleached, but in recent years, several manufacturers have introduced unbleached alternatives (while DIY enthusiasts prefer to make theirs at home). I'll forever and always champion any company that widens the market for high-quality flour, and any baker who prefers homemade. I unconditionally support everyone's right to decide what foods belong in their pantry.

That doesn't mean I'm willing to throw bleached cake flour under the bus simply because it's a chemically processed food. From sucrose to sodium chloride, baking depends on chemicals at every turn. I mean, what's a recipe if not a formula written in a language anyone can understand? No one gets excited about C12H22O11,Δ = 2H20 C24H36O18, but we can all agree that sugar + heat = caramel, and that's something grand...particularly with a generous dose of NaCl. I mean, sodium chloride, er, uh, salt.

See what I mean?

When it comes to understanding the chemistry of baking, it's crucial we not shy away from, well, chemistry! There's no reason to reject an ingredient simply because its name can be expressed in scientific terms. I'll readily admit that bleached doesn't sound delicious, but it's a remarkable and widely misunderstood process that deserves more than a summary judgment.

To understand why cake flour is treated with Cl2, better known as chlorine, we have to rise above Lovejoy's Law and hyperbole—who wants to drink bleach, yuck! Such rhetorical devices willfully ignore the purpose of chemical treatments, and grossly exaggerate the scope of chlorine's use.

For starters, manufacturers aren't pouring buckets of chlorine into cake flour—they're treating it through low-level exposure to chlorine gas. We're talking about concentrations ranging from 0.008% to 0.3% relative to the weight of the flour. But in no way, shape, or form does that much chlorine wind up in your food.

The whole point of adding chlorine is to provoke a reaction, so that when the gas mingles with cake flour, both are transformed. The flour undergoes a series of chemical interactions that disrupt glycosidic bonds, depolymerize starches, and oxidize lipids, amino acids, and carotene. That's a lot of scientific jargon, but what it means is that the flour isn't simply whitened; it's conditioned in a way that impacts absorbency, flavor, and pH.

Meanwhile, the chlorine is changed, too. Coming into contact with the flour's own water content triggers hydrolyzation, a reaction that leaves behind chlorite (naturally occurring in unbleached flour), hypochlorous acid (something our own immune cells produce to fight infection), and chloride (an essential electrolyte).

There's some real cognitive dissonance going on when we shy away from bleached cake flour over "scary" chemicals like chloride, then pay extra for chloride in bottled water simply because brands are smart enough to bill it as a mineral or electrolyte instead. It's just one small example of why we should evaluate ingredients for what they are, not how they're framed.

Although, come to think of it, American millers would probably have an easier go of it with a rebranding effort—Smart Flour: Electrolyte-Enhanced for Improved Performance in Cake! Compared to the dubious claims of certain bottled drinks, at least that would be true. Chlorinated cake flour improves the volume, structure, crumb, and dome symmetry of high-sugar cake formulas in scientifically measurable ways, as demonstrated in study after study after study.

What studies haven't shown is that the by-products of chlorination present any risk to consumers. At the conclusion of a generational study designed to observe the long-term impact of a diet based on chlorinated cake flour, a British research team concluded that "no carcinogenic, teratogenic, or other toxic effects attributable to chlorination were observed." (You can read the abstract here, or pony up to get behind the paywall to peruse the paper in full.)

The absence of evidence is, of course, not evidence of absence. I'm not saying we shouldn't continue investigating the impact of chlorination in flour processing; only that our decision should be informed, not reactionary. I've spent months examining the literature, following the studies, speaking with food chemists, and reading up on best practices from the World Health Organization. WHO has no gripe with chlorinated flour at all. At the end of the day, I can't come up with a single reason to abandon chlorinated cake flour that could ever outweigh its proven benefits.

Chlorine treatment alters the normal rate of starch gelatinization in flour, slowing it in a way that improves gas retention. This allows the batter more time to rise, resulting in super-lofty, fine-grained cakes. Doubling down on that effect, chlorination also raises the temperature of protein denaturation, likewise buying the cake more time to rise.

What's more, chlorination lowers the pH of cake flour from an average of 5.9 to about 4.8. The shift toward acidity inhibits browning, a major no-no for crusty breads and golden cookies, but a lovely touch when it comes to the snowy crumb of an angel food cake. Inhibiting the Maillard reaction can also be helpful in highlighting mild flavors, like almond or vanilla, that can be overwhelmed by the darker toffee notes of browning.

Why would I ever give up a cake like that? Especially considering how unbleached alternatives fall flat. Literally.

That cake was made from the same batch of egg whites and the same technique, same oven, same cake pan, same batter temperature, same baking time, same cooling method, same cooling time. The only difference is that I opted for unbleached cake flour, which soaked up too much moisture and set too quickly to let the cake rise. And, if you're wondering how people made angel food cake without bleached cake flour in the days of yore, the answer is: They didn't. The history of angel food cake is directly tied to the invention of bleached cake flour in the 19th century, but that's a whole 'nother story.

Not only is unbleached cake flour out of the question, DIY alternatives are, too. Baking experts are weirdly quick to promise that making homemade cake flour is as straightforward as cutting all-purpose flour with cornstarch, but it's not that simple. Cornstarch may dilute the overall protein content of the flour, but it jacks up the starch in a totally different way. The result is a highly absorbent dry mix that soaks up way too much moisture, for a cake that bakes up heavy and dense.

At least when it comes to a recipe as sensitive as angel food cake, DIY cake flour just can't compare (nor can it match the low pH of chlorinated cake flour). Granted, it's still a better choice than unbleached cake flour, but it makes angel food wet and spongy and tough. It may work in a pinch, but the better option would be to make something else.

Because of its performance, and the conclusions I've drawn from my own research, bleached cake flour will always have a place in my pantry, particularly considering the very limited scope of its use: a unique subset of recipes that are intended to be enjoyed in moderation. You may feel differently, and that's okay! You may want to do your own research, and you should! The important thing is to go into your decision well informed, and hopefully I've provided enough information to get you headed in the right direction. 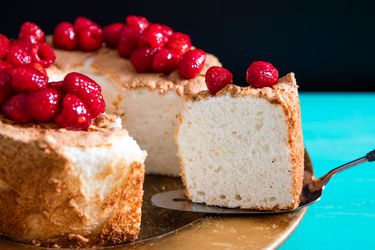 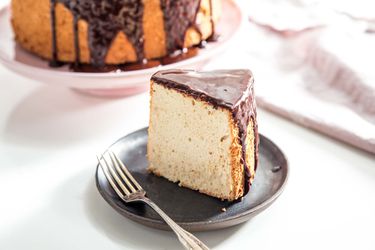 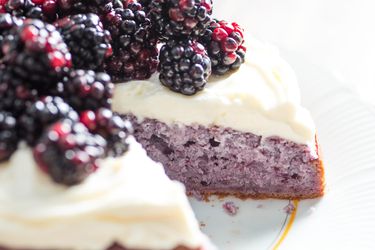