Nobody wants to be told that they have (or should, or need to) pay more for something. Especially when that something happens to be what gets them going every morning and sustains life after boring midafternoon meetings. But it's true, friends: The coffee market is changing, and we have to change with it. Here's why those precious beans will soon cost us all a bit more bread.

The word is out about the creeping cost of coffee: As market prices for the unroasted stuff hit record highs, consumers are starting to feel a little bit of the burn in their favorite local shops and on their market shelves.

The truth of the matter is that increased prices may well be a permanent trend, and the reasons for it are varied and complicated. I'd make an argument for why we should be paying more for coffee in the first place—and I can't wait to hear all your opinions on the matter.

Why We Will Pay More

Supply vs. Demand For the first time in caffeinated history, coffee consumption in some key countries of bean origin (for example Brazil and India) is quickly outpacing production. Growing ranks of middle-class folks in these places are less interested in working on coffee farms and more interested in exploring cubicle life, which cuts way back on available manpower come harvest time. That also means all those new cubicles need to be built somewhere, and the people who populate them will need places to live, shop, eat, and buy cubicle-appropriate clothes. With fewer people left to tend to the lagging farms in the first place, the plots that once were farms become real estate for things like apartment complexes and a brand-new Gap.

Fewer employees, fewer farms, less coffee. And to make matters worse, what do you think people drink while they're toiling away in cubicles? You guessed it. Consider the pendulum swung.

One way to increase the supply again is to make coffee farming more lucrative and appealing to young people deciding on a life path. A rising middle class is great for a country's socioeconomic health, and coffee can and should remain a viable (and profitable) part of its origin nations' development.

Stormy Weather and Climate Change Concurrent with the increasing demand for hot mugs of delicious brown stuff, growers worldwide are perpetually at the whim of the weather, which can make or break an entire year's crop yield in seemingly no time. Too much or too little rain, unseasonable temperatures, natural disasters...oy. It's enough to make a latte lover plotz.

Coffee is produce, and produce, naturally, is affected by the climate in which it's cultivated. We're all familiar with the effects of unforeseen environmental shifts on agricultural output: The 2004 Indian Ocean earthquake and subsequent tsunami that struck Indonesia and many of its neighbors, for instance, reduced agricultural resources in Sumatra's Aceh region alone by 30%, according to a Tsunami Evaluation Coalition report.

Coffee in particular is a delicate plant that grows in highly specific and necessarily temperature-stable microclimates, often on the slopes of mountains. Even relatively slight disruptions in weather patterns can throw the whole thing out of whack, and because of a coffee plant's long annual maturation process (it takes the average bush nine months to go from blossom to cherry), much depends on Mother Nature's mood. This year, weather-related hiccups have significantly reduced crop yields for megaproducers like Colombia, and Nicaragua's next harvest is already poised to suffer under the effects of too much rain, too soon. Uh oh.

An early reflection of this supply-demand conflict is that prices are already skyrocketing on the international coffee futures market, and that coffee isn't even necessarily any good. Commodity prices going up, however, subsequently drives specialty coffee into the stratosphere, so discerning consumers interested in keeping their afternoon coffee breaks should start reconciling themselves to $5, $8, even $10 cups as they quickly become reality.

Why We Should Pay More

Fair and Sustainable In addition to the simple mathematical and economic facts related to coffee supply and demand, there are other, perhaps more emotionally complicated reasons coffee will, and should, cost more—especially the really good stuff. For one thing, it's incredibly labor-intensive to cultivate, process, roast, and prepare.

Most people have no idea what effort goes into the production of a vast majority of their food, largely because it happens out of sight and, therefore, out of mind. Who plants all that spinach, who harvests all that rice? On whose land is the majority of the world's nearly 70 tons of oranges grown, and who's responsible for wrenching each fruit from its branch at peak ripeness?

Coffee, too, falls victim to to this unintentional taking-for-granted—especially since it only grows in what most of us consider far-off places (the lush zone between the Tropics of Cancer and Capricorn). But it's a fickle fruit, and requires intensive, literally hands-on tending: The vast majority of the world's coffee beans are picked and processed by sheer manpower.

On top of that, the legitimacy of the labor involved often suffers because the end result is considered a luxury item (you know, since its nutritional value approaches zero) and can be bought virtually anywhere, from cafes to book stores to gas stations. We never seem to run out of the stuff, so why worry, right? (Except, well, see the above few paragraphs...)

Well, if all coffee grown everywhere requires extensive TLC at every stage of its life, then good coffee demands even more: The planting, weeding, harvesting, sorting, depulping, fermenting, drying, hulling, shipping, roasting, grinding, and brewing of a great coffee takes exceptional amounts of effort from many skilled hands. And those hands work to earn a living, as well they ought.

Buying great-tasting coffee isn't and shouldn't be an act of charity: No farmer in the world is working this hard without trying to earn a profit, and being a for-profit landowner is the only way to sustain coffee production and ensure that the world gets the caffeine it needs. That said, not all "fair" trading practices are created equal; those that do good work are incredibly valuable and enormously complicated. Learning how to look beyond labels and certifications, into the real meat-and-potatoes of where your bucks go when you lay them down for a shot of espresso, is a powerful act of informed consumerism—and it might ease the blow to your wallet when you can really trust where your money is headed, and to what end.

It's a sensitive and complex issue, as is anything that affects people's ways of life—and by that I mean not only the farmers who pick the coffee, but also we who drink it every day. For starters, you might investigate Trans Fair's philosophies, or look into some of the companies that are pioneering Direct Trade relationships, like Stumptown, Intelligentsia, and my own employer, Counter Culture. (We also release an annual transparency document that might be of interest.)

The Good Stuff Is Worth It

Aside from the economic, meteorological, and social influences taking swipes at your weekly coffee allowance, we also have to take into consideration how much we're willing—or should be willing—to pay for straight-up quality.

I know you—you're an eater, and you love food. You love good food. You know that the difference between $3 grocery-store-bought bread and $7 farmers-market-bought bread is that the former is essentially dead and simply keeping up appearances (i.e. will last in its own plastic bag or in the refrigerator for a week or more, thanks to preservatives and high-fructose corn syrup), while the latter is essentially alive (i.e. will be fresh for only a few fleeting, delicious days, when it exhales its final breath and becomes the base for homemade French onion soup).

Coffee is similar. You can drink the dead kind (i.e. anything that costs $1 or less and is served in Styrofoam), or you can drink the fully, completely, deliciously alive kind (more like $3 to $6, typically hand-crafted, from a place like this). The former is obviously a caffeine-delivery system, while the latter is a conscious exploration of dynamic, robust flavors that are as unique from coffee to coffee as one wine is to the next.

We do vote with our dollars in every market aisle and farmers market: If no one buys that beautiful bread, there eventually won't be anyone left to make it. And if none of that exquisite coffee gets brewed and drunk, eventually all we'll have are guzzle cups from the local Shell station.

Perhaps the solution is to drink better coffee less often, but savor it more. Instead of plopping down quarters at a bodega for a cup of sludge every morning, why not spend $5 on one mind-blowing cup twice a week? Aren't those two $15 cocktails you have out with friends every once in a while staggeringly better than the dozen PBRs you can chug for the same price?

All of this is very complicated—and this is only the beginning! So I ask you, my coffee-loving readers and friends: How much is great coffee worth to you, and why?

About the Author: Erin Meister trains baristas and inspires coffee-driven people for Counter Culture Coffee. She's a confident barista and an audacious eater, but she remains a Nervous Cook. 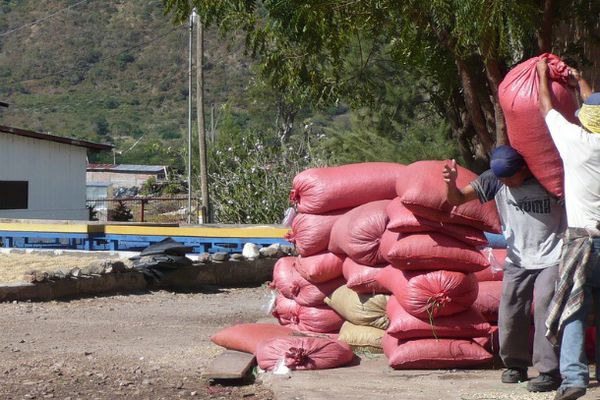 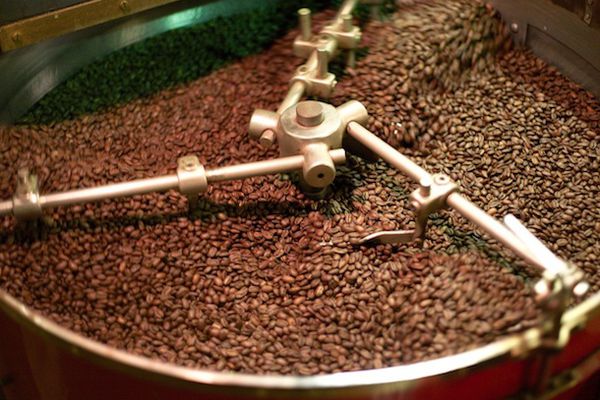 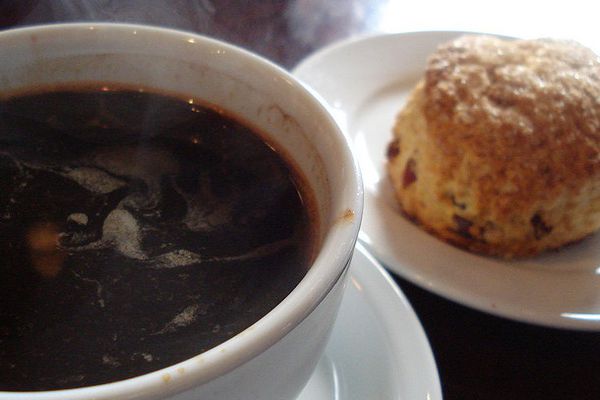 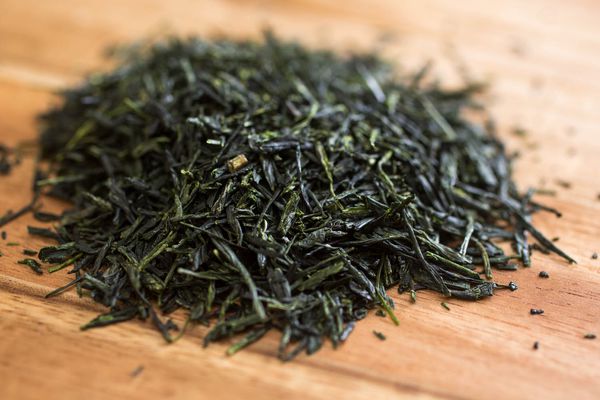 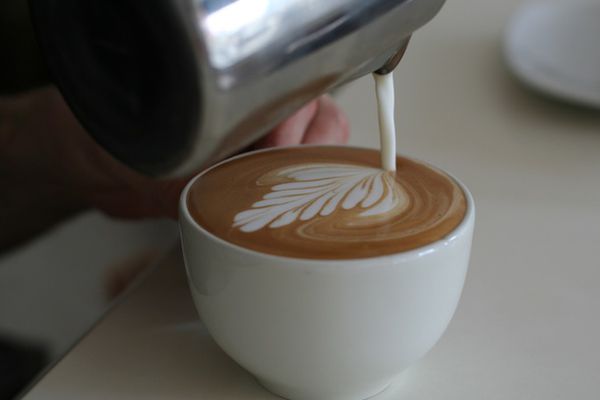 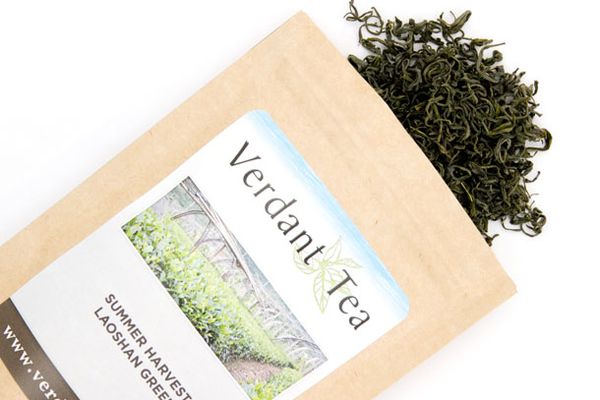