For something as simple as cold coffee, you'd think there wouldn't be much debate about how to make it. Shouldn't it be as easy as brewing some coffee and then chilling it with ice? For some it really is that simple, yet for those of us who obsess about perfect iced coffee it can feel like a never-ending pursuit. As an iced-coffee lover, I have to admit that much of the iced coffee I buy, and even a lot that I make myself, tastes pretty mediocre. There's something about chilled coffee that exposes bad flavors even more than when it's hot.

In recent years, many have advocated cold-brewed coffee, in which grounds are left to steep for several hours in room temperature water before being strained out.

But there's been a backlash against that method, with proponents saying that cold water isn't capable of extracting certain desirable coffee flavors, no matter how long it steeps. Instead, they point to what's become known as the Japanese method, which involves brewing highly concentrated coffee directly onto ice, chilling it instantly while diluting it just the right amount.

With no clear resolution in sight, it seemed like it was time to put the major brewing methods to the test with a blind tasting. And, because setting up a blind side-by-side coffee tasting can be difficult without a whole lot of pro-gear, I called up my pals at Counter Culture Coffee's New York Training Center to see if they'd be willing to help.

Coffee pros, like my friends over at Counter Culture, tend to have pretty strongly formed opinions about what the best iced coffee method is, so, to get a broader range of tasters who hadn't yet chosen sides, I brought along my Serious Eats coworkers Tracie, Paul, and Ben.

The plan was to do a blind, silent tasting, with the coffee served in identical, unmarked glasses—no communication or talking about the coffees while the four of us picked our favorites. Once we had all made up our minds, we'd compare our impressions.

In front of us, barista (and 2013 World Brewers Cup Champion) Erin McCarthy set out four cups of black iced coffee made with the same Ethiopian bean in the following ways:

Coffee that had been brewed hot, then left in the refrigerator overnight. (I'll call this Diner Style.)

Without knowing which was which, all four of us picked the pour-over onto ice (a.k.a. Japanese style) as our favorite, with a bright, clean flavor.

Tracie, Paul, and I agreed that the diner-style was our least favorite, with Tracie describing it as bitter and me calling it muddy. Ben wasn't as unhappy with it, naming the immersion method his least favorite (Paul and I weren't thrilled with that one either, finding it unpleasantly funky and metallic).

None of us loved the cold brew, finding it weirdly sour and somewhat viscous. (People often say that cold brew's advantage is that it's less acidic, but according to McCarthy, sourness is a common problem with cold-brewed coffee, possibly because the cold water tends to under-extract the beans.)

Then Paul made a key observation. "The Japanese style is the one you want to drink by itself," he said. "The cold brew and diner-style make you want to put cream and sugar in them."

With that, we busted out the milk, added it to all the coffees, and tasted them again. And with that, everything shifted. With milk, the diner-style and cold brew tasted the best, whereas the Japanese style and immersion-over-ice were terrible, their bright flavors clashing with the creamy dairy, giving them the flavor of curdled milk.

"Pour-over coffee directly onto ice and served black won our hearts, while your everyday, run-of-the-mill diner-style or cold brew is what we'd do when adding milk, or milk and sugar."

Coffee is a tricky subject because there are so many variables at play. In this tasting, for instance, we only tried one type of bean, so it's definitely possible other beans and other roasts might have led to different results. And personal preference can't be dismissed: Some people honestly love the heavy, bitter flavor of diner-style black coffee, and there's nothing wrong with that. But within the limits of this tasting, our panel's feelings were almost totally unanimous: pour-over coffee directly onto ice and served black won our hearts, while your everyday, run-of-the-mill diner-style or cold brew is what we'd do when adding milk, or milk and sugar.

The best news is that, of all the iced-coffee brewing methods, pour-over directly onto ice is also the absolute easiest one to do. It requires no advanced planning, like cold brew and diner-style do, and it's ready right away. For a quick-and-easy guide on how to do it, check out our method here. 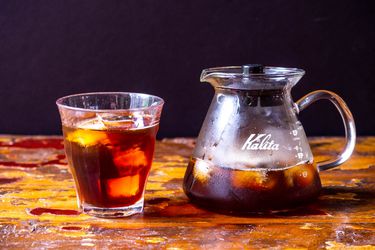 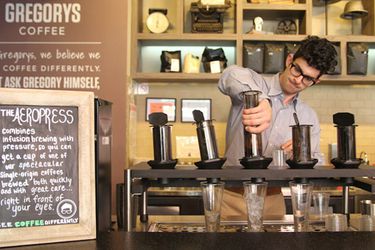 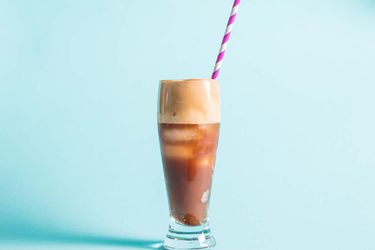 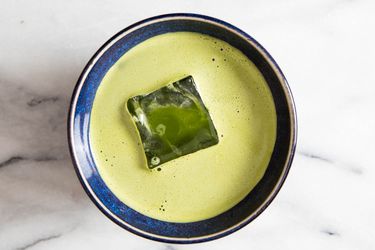 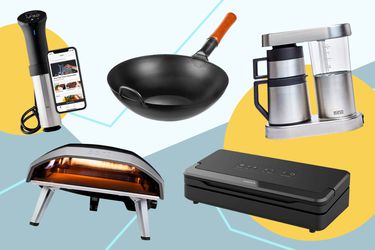