I've recently been watching a vampire television show. You may know the one: it features vampires drinking microwaveable blood brewskis. There's a lot of melodrama, and big topics like morality and religion. And there's the general draw of imagining life as a vampire. Or there was, for me, until last night, when I watched a vampire mix a martini... and then simply hand it to a human. Because, I realized, vampires can't enjoy a cocktail. Talk about horror... Imagine living two hundred years, seeing all the clever new cocktail ideas and innovations, and being unable to drink a sip!

It's a dealbreaker for me. But I will allow that, as a vampire, you'd get to have excellent historical perspective on art, fashion, and cocktails. You could watch the new become old, and then, eventually, become new again. Such is the story of Suze.

Suze is a saffron-colored French aperitif whose bitter yellow gentian root flavor makes it a cousin to the Italian amaro family. Developed in France in the late 1800s, it has recently been rousing the curiosity of cocktail connoisseurs (getting distribution in the States again helped). It has hints of citrus and wildflower, and balances a mild sweetness with vegetal bitterness. It's practically a cocktail in a bottle, but even better as an addition to this sparkling drink.

To amp up the floral qualities of the aperitif, the Suze is paired with St-Germain, the elderflower liqueur sometimes referred to as 'bartender's ketchup.' Lightened with fizzy Cava from Spain, it's a bright and sunshiny 3-ingredient cocktail that's much more complex in flavor than in method.

As you enjoy your flute full, take a moment to pity the two hundred year old vampire who was unable to taste Suze when it was invented in Paris one hundred and thirty years ago, and is still unable to enjoy it today. Bummer, dude. 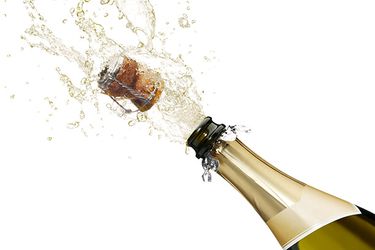 The Best Sparkling Wine Under $25 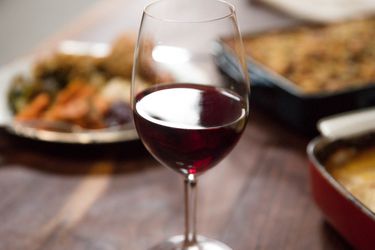