It's unfortunate, but true, that vermouth has a terrible reputation. Mostly, the martini is responsible. Some recipes are so disdainful of it that they call for simply opening the vermouth nearby and calling it day (there's also a legendary story about Churchill, a regular martini drinker, who would employ a quick glance in the direction of France; that was vermouth enough for him). Others instruct to rinse the glass with a little and dump most of it down the drain. Admit it: when did you buy that bottle of vermouth? I'm pretty sure my parents have a bottle from the 1980s.

But in the history of cocktails, vermouth is a civilizing influence. You can't, and shouldn't, make a proper martini without dry vermouth (or a Manhattan without sweet vermouth); back when cocktails were little more than hard liquor gussied up with a dash of bitters, the comparably mild vermouth—a wine steeped with botanicals and fortified with neutral spirit—made it possible to enjoy one before dinner without landing on the floor. Sure, you can argue over vodka or gin, olive or a twist, but remove the vermouth and you're drinking iced gin or vodka. Vermouth doesn't make you a wimp. In fact, it can be delicious.

"Step one: toss that bottle and buy a fresh one."

Step one: toss that bottle and buy a fresh one. And then, keep it in the fridge. Vermouth is wine based, and it will go off if it sits on a shelf for months which, incidentally, could be part of the bad reputation. What should you buy? Noilly-Prat used to be the standby dry vermouth for martinis, but they changed their recipe about a year ago, and the new stuff just doesn't work as well. Fragrant Dolin vermouth from the Chambery region of France is an excellent substitute, and it's reasonably priced, too.

How do you use up a bottle while it's fresh and good-tasting? You're not doomed to a limited cocktail diet of martinis and martinis. We're here to help with three delicious cocktails recipes that feature vermouth.

The first cocktail is not too far off from a martini—but it immediately sounds more dangerous. It is like a gin-based martini, but is rather mordibly known as The Obituary, which might have something to do with the inclusion of absinthe. You can also use a basic pastis like Pernod. Either way, it becomes a a completely different drink, with the absinthe highlighting the aromatics already present in both gin and vermouth. Get the recipe »

The second cocktail is a relative of a classic Manhattan, but it includes dry vermouth instead of the sweeter red version and rounds things out with a dash of maraschino liqueur and bitters. Made in the traditional way with rye whiskey, The Brooklyn is a dashing blend of sweet and pungent, and a little bit spicy. It's honestly good enough to convert a Manhattan-drinker or two. Get the recipe »

And finally—because vermouth doesn't actually need the stronger stuff to taste good—I present the French Kiss, which is simply a mix of dry and sweet vermouth served over ice with a lemon twist. A remarkably simple little drink, it's light, aromatic, and perfectly refreshing as an apertif—or, when the summer comes around, for a sunny afternoon outdoors. Get the recipe »

Use Vermouth in Your Cooking!

Dry vermouth is also an wonderful addition to your cooking repertoire. I highly recommend giving this scallop recipe a go: the seared scallops are served with a pea puree and savory vermouth-based sauce. This delicious dish is from Rozanne Gold's book Radically Simple. It's impressive but easy and quick to make. Get the recipe » 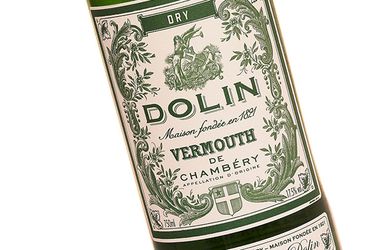