Welcome to Hey Chef, a series where we ask pros around the country for tips on how to use ingredients we love. This edition is about cranberries above and beyond the Thanksgiving table.

For most of us, cranberries only hit the dinner table once a year, and for that day, our Thanksgiving Survival Guide has all the cranberry sauces you need. We even have some cocktail and dessert recipes to consider. But we wanted to ask the experts for even more ways to use these tart, bracing berries all season long.

I like to mix fresh cranberries cooked down with a little yuzu juice, some sugar, and hard spices like cardamom, nutmeg, and Chinese five spice powder—those that are a little different than the norm, and they complement the cranberries without overpowering other flavors. This combination makes a kind of lemonade flavor, like a mix of lemon, lime, and grapefruit with a floral accent. We make a chutney with the berries and fold in tarragon at the end for an anise touch. You get acid, sweet, and savory that all works well with roasted meats like pork, chicken, veal, and turkey.

Amanda Cohen has received numerous accolades for her vegetarian cuisine at New York's Dirt Candy, including a glowing two-star review in the New York Times, a Michelin Bib Gourmand nod (one of only two vegetarian restaurants recognized by the guide), and a Top 10 best vegetarian restaurant in America from Food & Wine. Cohen is also author of the award-winning Dirt Candy: A Cookbook. The East Village location of Dirt Candy closed on August 30th and will reopen this fall in a larger and more accommodating space on the Lower East Side.

Cranberries are often looked at with mono-focus; you don't get a lot of interesting pairings with them. It's one of those funny fruits that people only pair with orange. But if you're still getting stone fruit (or have some frozen fruit around), it's great to combine cranberries with peaches or nectarines in a sauce for the best of their sweet and tart flavors. Or do something like a cranberry, orange, and peach marmalade or jam—it's really lovely on toast, and that can last you for a lot longer than a standard cranberry sauce.

In the winter I'll candy them a lot. Cook them in simple syrup for ten minutes or so, keep until you want to use them, then strain them and roll them in granulated sugar. Then you've got these sweet, pretty little red frosted "Christmas balls." Use them in a dessert; we did them as a garnish on a panna cotta with cranberry gelée. They add a little crunch and pop of sour and sweet.

Jeffrey Saad is owner and executive chef of Studio City's La Ventura, offering customers his interpretations of traditional Mexican cuisine curated through his own travels to Mexico. He is also responsible for San Francisco's Sweet Heat and Pasta Pomodoro restaurants.

Simmer one bag of fresh cranberries in enough water to cover long enough for the berries to soften, then stir in 1/3 a cup of sugar and 1/4 cup of harissa, then a big handful of chopped fresh mint right at the end so the flavor stays green. You can use this as a boiled-down sauce or as a chunky relish, then spread it on turkey sandwiches.

Also, why not do a Thanksgiving spritzer? Take the cranberry sauce you might normally make, purée and strain it, add soda and any liquor you like, and you have a spritzer to start the meal off right.

Michael Toscano is the chef and partner at Montmartre, and Jeffrey's Grocery. After working at Thomas Keller's Bouchon Bakery, Michael was named a sous chef at Mario Batali's Babbo at the young age of 21, and later served as the opening executive chef at Eataly's Manzo.

Take cranberries and macerate them with sugar and some sort of liquor like whiskey, and let them sit in that until they release a lot of juice. Put that in a bowl and then, over a double boiler, let it cook really, really gently. Strain it off and then you're left with this crystal clear, tart, slightly sweet boozy cranberry juice. You can reduce it for a vinaigrette, then drizzle it over a salad with olive oil.

Dehydrate and Powder Them

Mehdi Brunet-Benkritly grew up in French-speaking Quebec, where he would later work at renowned Montreal restaurants including Toqué and Au Pied de Cochon. Brunet-Benkritly now serves as the executive chef/partner at Fedora in New York City.

It's a little technical, but dry them in the oven or a dehydrator until really dry, then make a powder from them. You could dip them in a simple syrup or confectioner's or regular sugar before grinding for a nice texture, but you don't have to. Then mix them with sumac or other herbs and dirty the edge of a panna cotta, flan, cocktail, or chocolate dessert.

Texas-born chef Matt Greco worked in New York's Café Boulud, A Voce, Café Grey, and Char No. 4 before moving west to The Restaurant at Wente Vineyards, just outside of San Francisco.

Cranberries are really unbalanced on their own; they're really hard in that it's not like, "Oh at the peak of their season they're really sweet and tart." Nope, they're just tart. So my favorite way to use cranberries is to make a sherbet. We simmer cranberries in water with sugar and some oranges. Then we purée the syrup, pass it through a strainer, add sugar, milk and more orange juice, and then spin it. It's so tart, but then the sugar and milk balance it out for a bright and refreshing finish that's incredibly balanced.

Julian Medina is renowned in New York for the ways he teases Mexican and Latin flavors at his Toloache restaurants. Richard Sandoval met a young Medina in Mexico City years ago and, impressed with his energy and vision, invited him to relocate to New York to work in one of his restaurants. Medina quickly became his protégé, and it wasn't long before he started building an empire of his own. His latest opening is Tacuba in Astoria, Queens.

We pair cranberries with a traditional Mexican hibiscus water or herbal tea that we drink. So we boil the dried hibiscus flowers with dried cranberries. The dried cranberries are already sweetened with sugar, and the flavor of the cranberry enhances the hibiscus. We then fold that in vinaigrettes and sauces. This time if year it works well over any mixed greens or bitter greens, with some sort of goat cheese, more dried cranberries, and pumpkin seeds for texture. 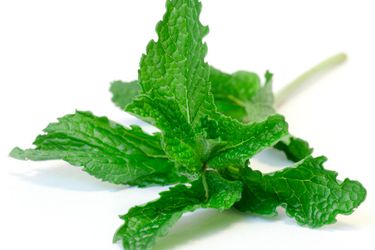 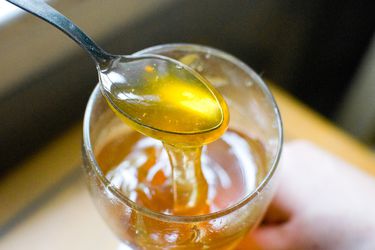