As a savvy coffee consumer, you know by now that a deep stack of feel-good adjectives like 'shade-grown', listed at the top of your coffee bag, may sometimes be deceiving. A coffee that's fair trade, organic, hand-picked, and roasted by people who've never been late to return a library book is better than a coffee that isn't, right? Could be—but what do you mean by better? Does shade-grown coffee taste better? Let's find out what it is to begin with.

First and foremost, there are some reasons that shade-grown coffee is a good idea. When coffees are grown in the shade of other plants, the biodiversity of the landscape sees a benefit. Native plants that shade coffee trees—which can range from forest trees like cedars, to fruit trees, like banana, orange, lemon, avocado, and soursop—are planted to create a harmonious nitrogen balance in the soil, and, over time, effect a specific, coffee-beneficial microclimate. The insect, animal, and bird landscape sees a positive influence as well, as biodiverse climates promote a sustainability of more species, which means greater survival of these species and increased pollination. Careful planting promotes healthier soil, which can also offer broader benefits like decreased erosion.

But what if your coffee's not grown in the shade? Many of the world's best coffees, grown at exceptionally high altitudes, or in growing regions where the practice isn't in place, thrive without being planted among shade trees. It's accepted within the coffee industry worldwide that exemplary coffees, those which win awards and score high on standardized taste-evaluation forms, can come from both biodiverse, shade-grown regions as well as high-altitude mountaintops which spend most of the day in full sun or even in clouds.

Leaving aside for a minute the dubious task of measuring taste—scientifically or otherwise—the going belief is that shade-growing, while inarguably a beneficial factor environmentally, and for the coffee plants themsleves, is only one factor in a laundry list of conditions that benefit the plant, and, ultimately, the coffee's flavor.

"Healthy and quality go hand in hand," says Brazilian coffee farmer Byron Holcomb (whose farm, incidentally, grows coffee in full sun). "Healthy coffee has a much higher chance of being quality coffee. Coffee, botanically speaking, is an under-story shrub. It naturally exists under a taller canopy of trees, aka shade."

But what makes a coffee plant healthy, or its surrounding soil happy, may be of relatively small import to what comes out in the finished product that you drink. Shawn Steiman, whose scientific work at the University of Hawai'i at Mānoa has focused on the effects of agroforestry on coffee yield and quality, believes that how much light a coffee plant receives plays a part in its flavor—but is in no way a predictor.

"There's a bunch of things that influence the taste of coffee," said Steiman.

"If you want to use the word terroir, that's an idea of interactions between the environment and the temperature and the rainfall—obviously it makes a difference because the plant lives in an environment that it responds to. Having light or less light is definitely a part of the terroir, but you can't really just single it out," he continued.

Holcomb points out that some of the most loved coffees in the world, such as those from Kenya, are grown without shaded conditions.

"Shade should improve coffee by giving it something somewhat closer to its own natural environment, which genetically should encourage certain health traits which in my opinion would translate to quality in the cup," said Holcomb.

"But that being said, it's an argument of causation. All other things being equal, shade might improve the quality like a tenth of a point, but if you take a coffee and you fertilize the s--- out of it like they do in Kenya, and you have really high altitude? We know that Kenyan coffees are amazing!"

Which brings in the sustainability argument: does thinning a growing region's potential by interplanting a bunch of other trees, enduring lower, slower yields, make it a fiscally realistic option for most farmers, if there's no qualitative promise that the coffee will actually taste better?

So far, Steiman doesn't see the data to support that the amount of shade that covers coffee plants is a dominating factor in taste quality.

"There are very few studies that look at shade and taste. It's a tricky and complicated matter," says Steiman, who says that what research does exist shows mixed results. "My conclusion, based on what other people have done, weighing the quality of the research with what I've done, I don't think the light itself makes a difference."

What does seem to be a factor is that as consumers, the feeling we are doing something of benefit—by buying bird-friendly, biodiversely managed, permaculture-positive beans—has an influencing effect on our opinion of what we're drinking. Which is to say, our linking of "better tasting" to shade-grown conditions is more likely to be a romantic conclusion than a scientific one.

But really—what's a cup of coffee without a little romance? 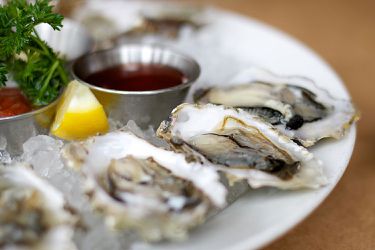