The flaw giving your wine a sulphur smell and what you can do it about it.

Diane McMartin
Diane McMartin is a wine writer, educator, and author of This Calls for a Drink!: The Best Wines and Beers to Pair With Every Situation. She is a graduate of the Culinary Institute of America’s Wine and Beverage Certificate Program and a Certified Sommelier through the Court of Master Sommeliers.
Learn about Serious Eats' Editorial Process

Have you ever taken a sip of, say, a nice full-bodied Shiraz and smelled something that crossed over from earthiness into just plain stinky? Did the stink kind of remind you of cooked cabbage? A coworker’s broccoli-heavy lunch? Did it perhaps smell a little...farty?

You’re not just smelling things. The wine isn’t “earthy” and it doesn’t just have “terroir”—no matter what the person who sold it to you says or what’s written on the blurb on the back of the bottle. That stinky wine is suffering from a flaw called “reduction.” (You can read more about other commonplace wine flaws here.)

After 10 years of tasting and buying wine for retail and restaurants, I’ve realized just how few people know this phenomenon even exists, let alone how to identify or troubleshoot it. I spoke to a few wine industry experts to help understand what it is, what causes it, and how you can fix it (at least most of the time), even if you don’t have any fancy wine accessories.

According to wine science expert Jamie Goode’s excellent and very thorough book Flawless: Understanding Faults in Wine, “Reduction is the common name for the above-threshold presence of volatile sulfur compounds (VSCs) in wine.” Eric Jensen, vigneron and winemaker for Paso Robles, California–based labels Booker Wines and My Favorite Neighbor, both of which he started, broke it down a little more simply. “I would just call it stinky!” he said. “It is plain and simple...If we say it’s reduced, it needs more oxygen.”

Faith Comas, wine consultant for Prestige-Ledroit Distributing Company, explains that reduction is what happens “when you have a lack of oxygen during the fermentation process.”

So, if you smell cabbage, fartiness, canned vegetables, or burnt rubber in a wine, what you’re smelling is an excess of volatile sulfur compounds, which is caused by a lack of air in the wine-making process. And if you don’t like it, you’re not an unsophisticated rube—you’re picking up on a real wine flaw.

There are a few commonplace volatile sulfur compounds responsible for stinking up your wine. According to Goode, hydrogen sulfide smells like rotten eggs or a drain that needs to be cleaned, while dimethyl sulfide has an aroma akin to canned corn or cooked cabbage. Next are another mean little group of aroma compounds called mercaptans. 3-Mercaptohexyl acetate has a pungent, grapefruity, passionfruit-like aroma, and if you think that doesn’t sound too terrible, you’re right. In certain wine styles, many people like these aromas. Other mercaptans produce less pleasant aromas, like ethyl mercaptan, which is reminiscent of burnt matches, and methyl mercaptan, which produces aromas like burnt rubber and more of those fun cabbage scents.

Is Reduction on the Rise?

There isn’t any consensus among industry professionals about whether reduction is happening more frequently now than before; some will say yes, and some will hedge. I’ve personally noticed more reductive wines in the course of tasting for retail buying in the last five years or so. Pete Turrone, winemaker for Booker Wines and My Favorite Neighbor, wrote in an email exchange, “I haven't seen a trend one way or the other.”

If you know a bit about wine, you may be wondering whether screwcap closures might be the culprit because of the airtight seal they provide. But while they’ve been implicated in reduction and could be the cause of some cases, Goode points out that studies haven’t demonstrated a clear link between the two. Comas says, in her experience, “almost all of the bottles that have been reduced have been sealed with a cork.”

The rise in popularity of natural wine could explain a perceived proliferation of reduction in wines. Many natural wine producers use little to no sulfur dioxide, which acts as a preservative, in order to minimize how much they add to or futz with their product. One of the roles sulfur dioxide plays in wine-making is to mitigate unwanted aromas and flavors caused by oxidation, which is a fancy way to say "spoilage." You know how apple slices turn brown if you leave them on the counter uncovered for too long? The same process —called enzymatic oxidation—happens in wine. If the wine-making process ends up including too much air or introduces air at the wrong time, oxidation might ruin the wine.

But if a winemaker decides not to use sulfur dioxide, one of the few methods they have to replace it is limiting the amount of air involved in the process, which can lead to reduction. David Witkowsky, the sales manager of Maryland-based importer and distributor Potomac Selections, thinks this is responsible for the fact that he’s run across more reduction in wine now than in the past. “I think it’s become a tool for winemakers who want to utilize less sulfur,” he says, “since sulfur helps protect against unwanted oxidation.”

What To Do With Reduced Wine

Now we have a name for that cabbagey wine funk, and we have a theory or two about where it might come from. But what do you do if you encounter one of these stinky wines?

Every expert I talked to agreed that what reduced wine needs, whether it’s in the winery or on your kitchen table, is air.

Here is Jensen’s advice: “Splash it around. Just grab a pitcher if you don’t have a decanter . . . and splash it in there. Let it rip!” Here’s another old-school trick from Turrone: “If the problem is a simple sulfide, sometimes you can put an old copper penny in the glass and notice the smell magically disappear. Unless the problem is truly horrible, usually just a little time and air will be enough to see through to what the wine actually is.” Copper converts some of the compounds that cause reductive aromas into a solid material that will settle to the bottom of the container. However, because wine is acidic, it can also cause the metal to leach into your wine, so I wouldn’t go throwing handfuls of pre-1982 pennies (pennies made before this date are 95 percent copper) into every bottle you buy. Still, a pitcher and possibly a copper penny might be all you need to fix that stank. Take that, wine accessory companies!

If you’re in a restaurant and order a wine that’s smelling reduced, mention it to your server or the sommelier and ask that it be decanted. After 20 minutes or so, at least some of that reduction will have blown off. You can also expedite this process by pouring the wine into your glass, swirling enthusiastically, and then waiting a few minutes. If that doesn’t work, most restaurants with a decent wine program will bring you something else and not charge you for the stinky bottle, but since reduction isn’t a cut-and-dried flaw, that will depend on the restaurant’s policy.

Reduction Is Ultimately a Matter of Taste

Some flaws are always bad no matter what, like the 2,4,6-trichloroanisole, or TCA compound, that causes cork taint (this is what people mean when they say a wine is corked). When a wine is corked, there is no gray area: It’s always gross.

But reduction is one of those gray-area flaws, and it comes out of the gray and into the stinky at different points for different people. As Turrone told me, “To make this even more difficult for the winemaker, everyone's threshold concentration is different, so a group of people may have wildly different impressions of a wine that rides the threshold line. For the casual wine-drinker, only a reduction that is quite severe will be noticed specifically, but they may like or dislike a wine due to sulfides without really knowing the reason.” Sneaky, right?

To complicate matters even further, in small doses, reduction can add aromatic complexity to wines. Remember our friend 3-Mercaptohexyl acetate? If you’re a fan of Sauvignon Blanc’s pungent, grapefruity twang or of that kind of smoky, matchstick-like aroma that some Chardonnays from France have, then you’ve probably had wine that’s a little bit reduced, thanks to this compound or one of its cousins. When it’s in check in these styles, it gives them the character they’re known for. However, too much reduction can also cause a kind of uniformity that obscures the characteristics that make different grape varieties and wine styles unique. Here’s David Witkowsky again: “In both cases I think it’s unfortunate because noticeable reduction flavors and aromas have no sense of place—they are the same everywhere in the world—so if they become a dominant character in the wine, it obscures the wine's identity.”

But not everyone loves these stylistic instances of reduction, so if you don’t, either, that’s okay! Jensen says, “There are a lot of great winemakers around the world that make very reduced wines; that’s their style. They don’t want a lot of air; they have their reasons. I think their reasons are dated and, from a chemistry standpoint, incorrect.” But, he adds, whether you like that style is a matter of taste, “I’m not a reduction guy . . . but those guys aren’t wrong; it’s just different.”

So, a little reduction can be good, but a lot of reduction can turn what should be a great bottle of wine into a disappointing experience. Often airing out these stinky wines can set them right, but a wine has to be really good once the funk has blown off for me to exhibit that kind of patience! 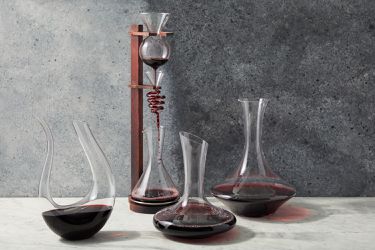 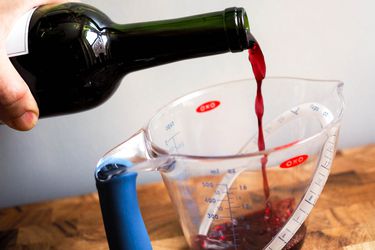 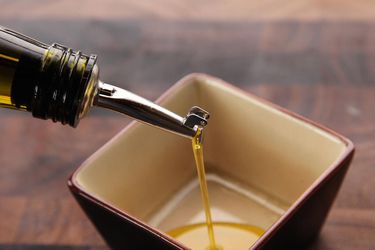 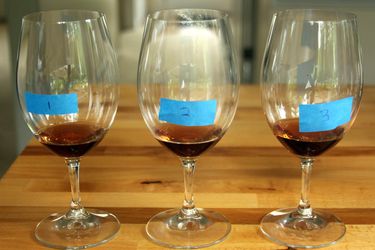 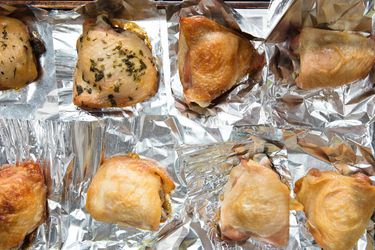 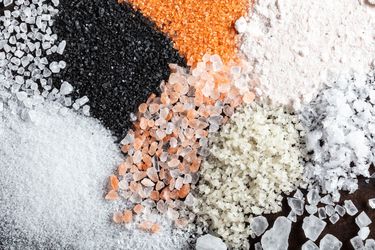