Like cilantro turned up to 11, culantro (a.k.a. recao) deserves a place in your kitchen.

Culantro is one of those herbs I'd always paused and wondered over in stores, but never taken the time to really investigate, much less buy and use. While it's widely employed in Caribbean, Latin American, and Southeast Asian cooking, it's not something I tend to find in my East Atlanta Kroger—it's more the province of a Buford Highway Farmers Market—and it's certainly not as ubiquitous here as the very similarly named, but not at all similar-looking, cilantro.

The plant, Eryngium foetidum, which also answers to fitweed, ngò gai, and a handful of other names (in addition to sometimes being referred to as, yes, "cilantro"), is native to Mexico, Central and South America, and the Caribbean, but is grown in tropical zones worldwide. It produces long, pretty, true-green, sawtooth-edged leaves that smell very strongly of, well, cilantro. It's like a concentrated dose of cilantro aroma and flavor, intense enough to waft up from a grocery bag or smack you in the face as you move it from the refrigerator shelf to the counter. (Apparently whoever gave it its Latin name didn't care for this quality, since foetidum means "stink"; I can attest that if you like the smell of cilantro, you should find nothing objectionable about its cousin.)

As such, according to culinary experts I sought out to fill in the gaps of my ignorance, it can be used in many of the same contexts you'd find cilantro, with a couple of important distinctions. First, because culantro is more potent, you'll need to use less of it. Second, it's suitable for long-cooked dishes in which cilantro would impart bitterness or lose its more delicate flavor.

Enrique Awe, chef at the Running W Steakhouse & Restaurant in San Ignacio, Belize, uses culantro in beef and chicken soups, rice and beans, and stewed beans. "It offers a very nice, herby, citrusy taste," he says. "Also, the flavor blends very well with coconut milk." He recommends tearing or cutting the leaves before adding them to stews to release better flavor.

Illyanna Maisonet, who wrote the Cocina Boricua column for the San Francisco Chronicle (making her the first Puerto Rican food columnist in the country), notes that culantro is an essential ingredient in Puerto Rican recaíto, a kind of sofrito that includes no tomato and forms the base for many Puerto Rican dishes. Whole leaves of culantro, also called recao in Puerto Rico, can be added directly to your blender for recaíto, or they can be cut into chiffonade and added to salads or used as a garnish, Maisonet says.

After picking up a package of culantro at the Lake City International Farmers Market (if you haven't figured this out by now, "farmers market" often means something quite different in Atlanta), I experimented by making a mini batch of Kenji's basic guacamole, substituting culantro for cilantro. I started with about half of the volume of cilantro called for in the recipe, but ended up adding a little more than that after tasting for seasoning.

Sneaking a few bites of the raw herb, I found it had a slight sharpness, almost pepperiness, that cilantro doesn't. And, real talk from a far-from-pro cook: I liked that the broad, flattish, relatively sturdy leaves are easier to cut than cilantro's thin, frilly ones, and don't require stripping. (Not to mention the fact that I had to chop a smaller amount overall.)

Culantro is still rare in the dominant supermarket chains of the continental US; your best bets for finding it are Asian and Latin American markets. ("Check that one local Asian market that is known to carry everything," Maisonet advises.) After purchasing, wrap the leaves loosely in a damp paper towel, place them in an unsealed plastic bag, and use within about a week.

One last note: Attempting to confirm or deny this is beyond the scope of this article (a.k.a. the time I have to get it in on deadline), but a few murmurs on the internet report that culantro doesn't taste soapy to some people, as cilantro does. The two plants belong to the same family, but are not related beyond that, so it seems plausible that culantro wouldn't necessarily trigger the same perception of soapiness. If you're a cilantro-hater who's tested out culantro as a substitute, do your fellow cilantro-haters a solid and let us all know if it worked out for you, or if you're back to swapping in parsley. 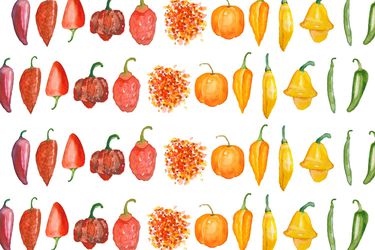