Some of the best cheeses in the world are defined by their rind: A beautiful brie, for instance, might be enveloped in a sort of bloomy outer shell. There are those for whom that funky container is a pivotal part of the flavor experience, while others will deftly scoop out the buttery interior and leave the casing behind. (Surely there aren't people who would eat the rind and avoid the cheese—right?)

Crema, the aromatic foam that forms on the top of a freshly pulled shot of espresso, has something of the same conflicting effect on connoisseurs: There are those who prize the stuff as the essence of espresso, and would never accept a shot without it, while others think its bitterness overwhelms the more complex or delicate flavors of the coffee.

First and foremost: What is crema, anyway? Well, it's the combined result of heated, pressurized water meeting freshly ground coffee beans, the latter of which begins to release CO2 gas directly after roasting. The pressure emulsifies oils being extracted from the coffee material with water, creating a dense matrix that, in turn, suspends air from the environment and carbon dioxide gas from the beans—so the crema lays atop the denser brew that is also being drawn through the coffee grounds to create the dark, syrupy liquid we love so much. And, like the head on a just-poured beer, the foam will start to dissipate quickly, as the bubbles pop and the oily liquid that coated them slips down into the bottom of the cup.

The reason espresso is the only coffee beverage with what we would strictly define as crema is thanks to the pressurized extraction, strong enough to capture the carbon dioxide (as well as other gases) as it leaves the grounds and trap them within the water-oil emulsion. Not only that, but this effect is part of what gives espresso its luscious mouthfeel and all-over flavor bomb, as it allows the coffee's taste to coat the palate and lends a bit of effervescence to the concentrate.

The idea isn't new: In 2008, Denmark's Coffee Collective started musing about whether espresso was improved or dulled by the bubbly layer, and Square Mile Coffee founder James Hoffmann posted a notable video in 2009 arguing that crema might well be "rubbish."

True, taken on its own the crema is a dry, ashy, overpoweringly bitter substance that would be unpleasant to drink terribly much of. So skimming it off a shot of espresso achieves a few things, in theory. Not only does it eliminate some of the ashy bitterness, but it also eliminates some of the mouth-coating foam and cleans up the texture on the drinker's tongue. However, skimming also eliminates a not insignificant contributor of the pungency that makes espresso sort of like the whiskey of the coffee world: It tastes good and bad at the same time, and burns a little bit on the way down.

As with whiskey watered down too much, would espresso be as delicious (or as fun) without the bitter burn?

Depending on the coffee (of course), the resulting cup minus the crema often has a noticeably sweeter taste and a lighter body. But if you wanted something that went down easy, you'd be drinking a regular coffee, right? Or, heck, have a milkshake or something—this is espresso we're talking about. If it were easy to drink, everybody would do it. (Can you tell that I'm a stirrer, not a skimmer?)

Mixed with the heavy, sweeter brew liquor of the espresso coffee, crema can add dimension, body, and complexity; its bitterness and texture when folded into the rest of the drink become more of a complement than a distraction. It is much more pleasant, for instance, to eat a cupcake by biting vertically through equal parts cake and icing: Practically no one prefers the icing (or the cake) in isolation.

Do you skim your crema, stir it into the beverage, or simply sip? I want to know how you drink your espresso. 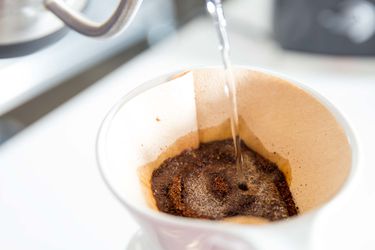 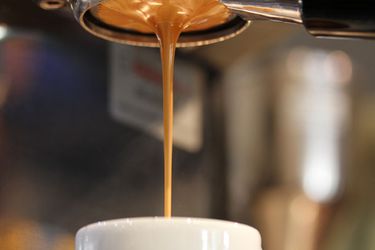 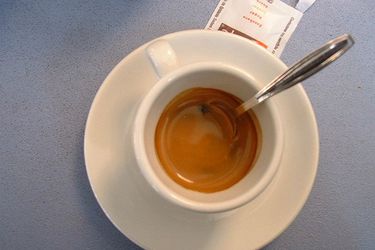 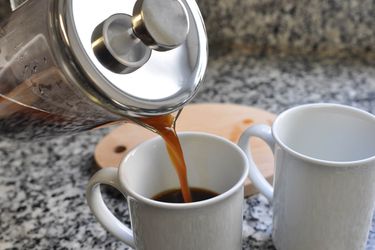 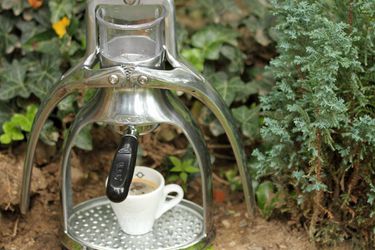 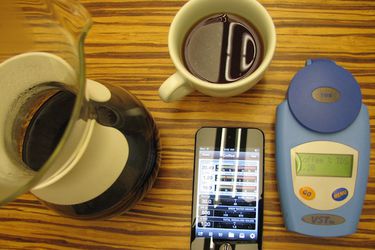 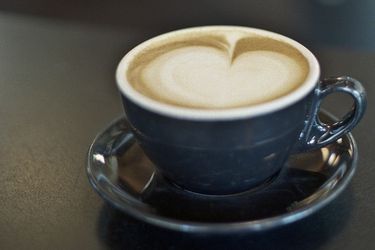