That would be a Canadian pastry made of whole-wheat dough, shaped like a much-respected national symbol: a beaver's tail. Cooked in canola oil, they are served hot with a variety of toppings like cinnamon and sugar, chocolate hazelnut, maple butter, and apple cinnamon. In honor of President Barack Obama's visit to Ottawa tomorrow, the Beavertails chain will make a special ObamaTail: the same base topped with cinnamon and sugar, a whipped cream "O," chocolate sauce, and some maple. For $3.75, they'll be available at the ByWard Market flagship store and for $4 at kiosks along the Rideau Canal Skateway. 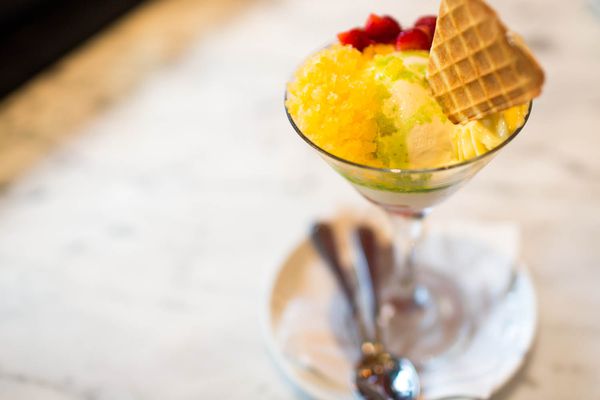