Pretzels: that go-to snack that satisfies salt cravings but isn't completely bad for you. And they come in so many shapes and sizes! Braided twists, squares, skinny sticks, and, well, pretzel-shaped. Plus, you can dip them in stuff, making them vehicles for other delicious flavors; peanut butter is my go-to.

But what happens when the tried-and-true pretzel gets the chip treatment, coated in different flavors? Snyder's of Hanover did just that, introducing its Flavored Pretzel Pieces in 1992 with Honey Mustard & Onion; Buttermilk Ranch and Cheddar Cheese followed the year after. Today, there are seven varieties from the 104-year-old company that claims to be the global leader in pretzel sales. As a big fan of both the Honey Wheat Braided Twists and the big Sourdough Hard Pretzels, I was excited to find out if they were snackable.

Here are all the flavors of Snyder's Pretzel Pieces, from best to worst:

This one wins high marks on looks alone. They're covered in individual pepper and salt granules, so I had a feeling they would live up to their name. Some pieces tasted too salty, but overall they were evenly balanced, with a perfect, peppery kick. If you're craving cacio e pepe pasta or a basket of salt-and-pepper fries, these will do the trick.

Rating: No. 1. I attribute the success of this flavor to its simplicity.

These pieces are golden in hue, and equal parts tangy and sweet—by far the sweetest of the bunch. In fact, when sampled after a more savory, robust flavor like Bacon Cheddar, it was almost like eating dessert. The onion flavor was subtle in the best way possible.

Rating: Second place, for being more sweet than salty and for not making me feel sick after eating more than the suggested serving size.

I had high hopes for this variety. Bacon makes everything better, after all. And these really delivered. They have a rich, smoky flavor, like that of bacon bits. Another positive: they were a lot less salty than I expected. Judging by the bright orange coating, I thought the cheddar flavor was going to pack a bigger punch.

Rating: Third place. Although only in small portions—I started feeling ill after the second handful.

The smell hit me immediately upon opening the bag—that tell-tale vinegar-y scent we all know and love from sports bars. They're even the color of buffalo sauce. I felt a tiny kick of heat on the back of the tongue, but the sourness is what really popped and then lingered. The only thing missing? Celery and ranch dressing.

Rating: Middle of the bunch, but only once in a while. As with real wings, they always seem like a good idea until you've eaten too many.

Let me start by saying that while I love spicy food, I don't have the highest tolerance for heat. So it wasn't a surprise that after eating a handful of these green-flecked pieces, my face turned red and I started to sweat a little. The fiery, distinct jalapeño flavor hit right on the center of the tongue, and it didn't subside for quite some time.

Rating: Close to the bottom for me, but only because they were too spicy for me to enjoy.

I really wanted these to taste like Cheetos. Sadly, despite being the same color, they didn't—a big disappointment. Even when I picked out the most coated morsel, I barely discerned that artificial cheddar flavor. There's nothing much else to say except they didn't deliver on the bag's promise of "Bursting with Flavor." The ultimate irony: they may be the most flavorless, but they have the most grams of total fat (8 grams) and saturated fat (3.5 grams) of all seven kinds.

It only made sense to follow up Hot Buffalo Wings with Buttermilk Ranch. Sadly, these tasted nothing like the dressing. And unlike the Cheddar Cheese, they over-deliver on the flavor promise—as in they are extremely (and terribly) onion-y and garlic-y, and more like bad sour cream and onion dip than anything else. They also reminded me of the croutons you might find on a lunch buffet Caesar salad.

With the exception of Cheddar Cheese, every variety delivered in the flavor department—but many, even the ones I liked, were almost too overwhelming to become a regular snack. While I can see myself picking up the occasional bag of Sea Salt and Cracked Pepper or Honey Mustard and Onion (likely for a road trip), these take my beloved pretzel and turn them into something altogether different and a lot less healthy. And you definitely can't dip them in peanut butter. 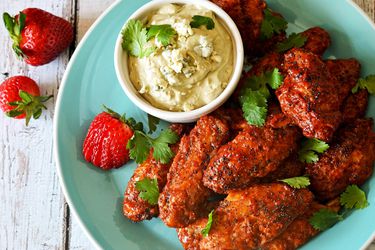 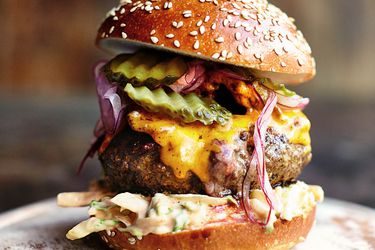 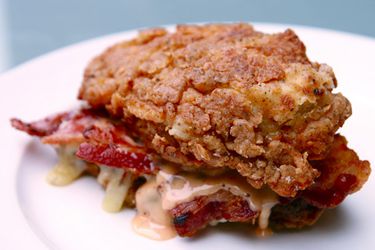