If you make it past the unlimited breadsticks, oil-slicked salad, and a carb-heavy entrée at the Olive Garden and still manage to be in the market for dessert, you've got a lot of options—14, to be exact (counting two limited-time, seasonal desserts). In addition to five different "Piccoli Dolci" (little dessert treats) available individually or as a trio, there's a decent variety of cakes by the slice, along with zeppoli and tiramisu.

I don't know about you, but it's been ages since I last had dinner at the Olive Garden. My relationship with the Orlando-based chain is short, but intense, peaking in the early 90s, and fizzling out by the decade's end (when the only location near me shuttered). The restaurant was a go-to spot for special occasions during my teenage years, and consequently, all of my memories of it are frosted in a thick layer of adolescent nostalgia.

Stepping into an Olive Garden for the first time in 15 years was surreal. It was as if the entire restaurant had been cryogenically frozen since my last visit, existing untouched by time. From the over-abundance of cream-colored stucco, to the chairs on casters, and even the dessert menu, nothing seems to have changed...except maybe the cost and the fact that calorie counts are now displayed on menus (for better or worse).

With price tags ranging from $5.99 to $8.29 (in San Diego, prices vary nationwide), and calorie counts from 210 to over 1,000, if you're going to order dessert at The Olive Garden, it pays to be smart about what you choose. Of the 14 different options, only three were really excellent, while many more were duds (to varying degrees).

Yes! By all means, order this. The pumpkin flavor is present, but the ginger-heavy spice mix and ginger cookie crumbles made this limited-time seasonal dessert taste like a Starbucks gingerbread latte in cheesecake form. The texture is ideal: silky, smooth, and rich, but not too heavy. In terms of calories, at 870 calories per slice, it's one of the worst offenders on the dessert menu, but worth it.

Lemon desserts are typically light, refreshing, and a good way to wrap up a carb-heavy meal, but not this one. The thick layer of lemon cream isn't tart or tangy, so it hits your stomach like a ton of bricks. The cake isn't any better. Not only does it look like a slice of Wonderbread, it tastes like one too. Our server said it is one of the most popular items on the dessert menu, but I'd never order it twice.

Chocolate cake, chocolate mousse, and chocolate ganache. There's nothing unusual or groundbreaking about this cake and there doesn't need to be. It's as classic as it gets, but the execution is impeccable. The ratio of cake-to-mousse is spot-on, and it's moist and fudgy all the way from top to bottom.

Arguably aimed at those who either want a small dessert or a dessert flight, these multi-layered mini desserts are a good idea in theory, but only one of them is worth ordering (and even then, only barely). The amaretto tiramisu was flavored with so much almond extract that it was instantly off-putting, while the crumbly crust at the bottom of the limoncello mousse was gritty. The strawberry and white chocolate was massively over-sweetened, and the chocolate mousse tasted like something you'd get at a buffet or banquet. It had the benefit of some cake at the bottom of the cup, but mostly, just tasted like pudding.

If all you can manage is one tiny dessert, this is the best of the five options for "piccoli dolcini," but it's by no means great. Like the other mini desserts, it's just a cup of mousse, but at least in this case, you get three flavors (chocolate, caramel, and a neutral, sweet cream mousse), topped with chocolate curls, which introduce a bit of textural contrast. It's not sickeningly sweet like the others, but it's not much more exciting than a pudding cup.

The menu describes this cake as "rich chocolate brownie topped with a layer of creamy chocolate mousse," but the bottom layer wasn't especially fudgy, and tasted like standard issue chocolate cake. This dessert's shape, components, and overall flavor reminded me of a Sara Lee cake—fine when you're desperate, or emotionally unable to change out of grimy pyjamas in search of something legitimately delicious, but ultimately mediocre. The only real feature was the crisp chocolate pearls on top. With so many other variations of chocolate cake on the table, this one was quickly forgotten.

Tiramisu is an old stand-by, and while The Olive Garden serves a perfectly serviceable version, there's nothing outstanding about it. Overall, the flavors were dull and flat, with no relief from the sugar. The mascarpone has no tang; the ladyfingers don't have a twinge of acidity from the coffee they're supposedly soaked in, and the chocolate on top has no bitterness. It's just all sugar, all the time. My tastebuds were totally blown out after the second bite.

Seriously, could this dessert be any more stuck in the 90s? Objectively, there's nothing wrong with that: classics will always be delicious, but only if they're executed well. This cake wasn't. The raspberry tasted syrupy and artificial, and the white chocolate was twice as sweet as it needed to be. Together, the result was a tooth-achingly sweet cheesecake with no tang or contrast. No one went back for a second bite of this one.

Deep-fried, sugar covered dough is typically pretty awesome. Add a generous bowl of chocolate dipping sauce, and you really can't go wrong... except when you do. With their bread-like texture and hard, chewy bottoms, the zeppoli were the worst dessert of the bunch. They were served warm, but tasted like they'd been fried from frozen and were sitting under a heat lamp, waiting for some sucker to order them. Don't let that be you.

Even the chocolate sauce was a let-down. It was watery, and lacked depth. There was literally no saving these doughnuts.

All four taste-testers unanimously agreed that the black tie mousse cake was the best dessert. With its base of chocolate cake layered with dark chocolate cheesecake, creamy custard mousse, and ganache, it's a best-of-all-worlds dessert that really delivers. The chocolate flavors are balanced by the creamy, vanilla-tinged mousse, introducing a lighter, fluffier texture for the three chocolate elements to play off of. With so many different tastes and textures in every bite, you could easily polish off this entire slice by yourself, without experiencing any flavor fatigue. Though, at 760 calories per serving, you might want to share. 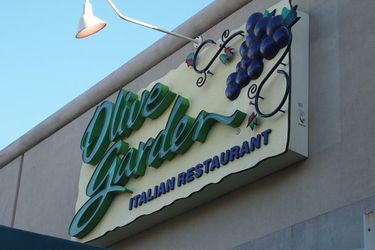 Wine List Tips: The Best Wine at The Olive Garden 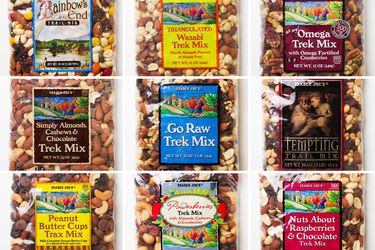