Vonnie Williams is a food writer who wrote for Serious Eats about the effects that migration, colonization, and the concept of authenticity have had on Filipino cuisine. As a first-generation Ghanaian-American writer in an industry lacking voices like her own, she shares her perspectives on food and food culture in pieces written for Food & Wine, TASTE, Edible Brooklyn, and others. Vonnie has also edited travel guides for Atlas Obscura and been published by Gastro Obscura, a James Beard Award-nominated food and travel site.

Vonnie loves cooking—especially the easiest recipes in her cookbooks—and eats more ice cream than she should admit. 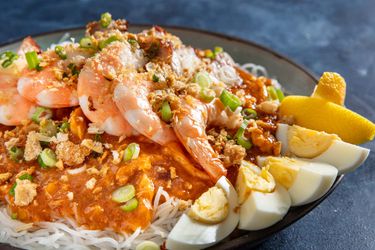