I'd read about hollandaise, I'd eaten hollandaise, I'd even tried to make hollandaise as a very young cook, but it wasn't until I actually had to make it for paying customers that I really got the hang of it. Somehow, making a couple quarts of it every single day for four months will drill it into your head.

Traditional hollandaise, made by emulsifying melted butter into egg yolks and lemon juice, is notoriously difficult to make. You not only have to take the same care in its construction as you take for oil-in-egg-yolk mayonnaise (getting clarified butter and lemon juice to peacefully coexist is like the Middle East peace talks of the culinary world), but you also have to deal with the fickle nature of hot eggs and butter. Cook the eggs too much and you get scrambled eggs. Don't cook them enough, and your sauce won't thicken. Allow your sauce to cool as you make it, and your butterfat will crystallize, breaking your sauce.

But there's a super easy way to do it at home that requires no whisking, is completely foolproof, and produces a hollandaise that's indistinguishable from one made using traditional methods.

It stems from the realization that rather than heating your eggs then adding relatively cool butter, you can just as easily heat your butter and add it to relatively cool eggs, cooking them as the emulsion forms. It's a sort of backwards way to think about hollandaise, but there's no denying it works.

You'll notice that the construction method—using a cup and a hand blender to form a vortex that gradually pulls down fat—is very similar to my 2-Minute Mayonnaise. That's because mayonnaise and hollandaise are kissing cousins, nearly identical in structure.

Check out the video below to see precisely how it's done, then go back and check out our video on foolproof poached eggs. With the two methods combined, my brunch has never been easier or more consistent.

Some folks may comment on my use of full butter as opposed to clarified. I find that the milk solids that form the upper layer of melted butter do not impact the sauce at all, while the liquid and milk solid phase at the bottom of melted butter can be poured selectively to thin the sauce to whatever consistency you desire. Usually, I just dump the whole thing in and nobody is the wiser.

Head here for the full recipe! »

"Here's the full transcript, in case you're stuck at work or perhaps hiding behind enemy lines.

"Like mayonnaise, hollandaise is a fat-in-water emulsion. Normally, when you combine fat and water, the fat separates and forms a greasy layer that floats on top. The key to a successful emulsion is to break that fat up into individual droplets so small that they disperse evenly in your liquid.

"Now traditionally, you'd this by whisking egg yolks and lemon juice over a double boiler until they're hot and frothy, then slooooowly whisking in butter in a thin, steady stream. The butter breaks into minute droplets, while the egg yolk acts as an emulsifier, helping to keep those droplets dispersed, as well as thickening the sauce. What you get is a creamy, smooth sauce with a rich texture and mild flavor, perfect for topping eggs, fish, or vegetables.

"But there are a lot of ways things can go wrong. If you don't whisk fast enough or pour in your butter too fast it'll turn greasy and broken. Don't cook the eggs enough and it won't thicken properly. If you cook the eggs too much and you'll end up with clumpy, greasy, scrambled eggs.

"The reality is that if you're going to learn how to do it the traditional way, the road to perfect hollandaise is going to be paved in broken sauces.

"But here's the good news: there's an alternative method that is completely foolproof, produces a hollandaise that is every bit as good as the traditional version, and takes about one minute start to finish. All you need is a small pot, a glass measuring cup, and a hand blender with a cup that just barely fits its head.

"We start by combining a couple of egg yolks in the base of the blender cup along with a teaspoon of lemon juice, a teaspoon of water, and a pinch of salt. Next, we heat up a stick of butter on the stovetop until it is completely melted and bubbling. It should register around 220°F on an instant-read thermometer. Pour that butter into the measuring cup.

"Now all we do is stick the head of the hand blender at the bottom of the jar, start it running, and slowly pour in the butter. As the hot butter hits they eggs, they start to cook. By the time all the hot butter has been added about 30 seconds later, you've got rich, smooth, creamy, hollandaise sauce that's completely indistinguishable from sauce made using the traditional whisk method.

"Hollandaise will be at its best right when you make it, but If you want to store it, your best bet is to keep it in a small, lidded pot in a warm spot near your stove and make sure you use it within a couple hours." 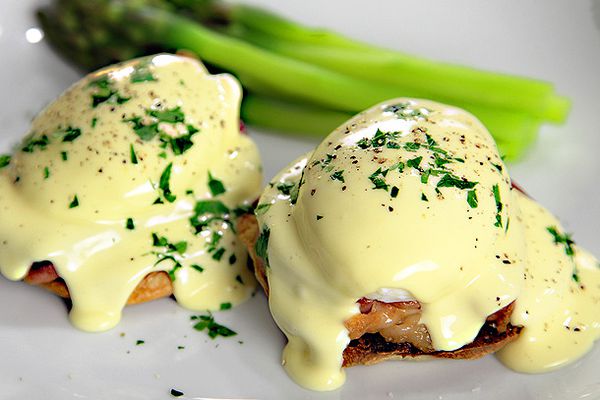 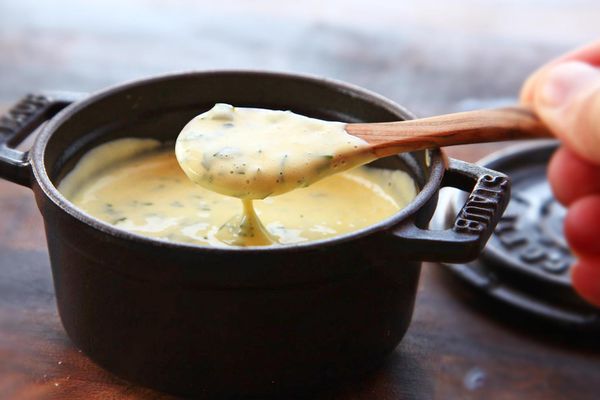 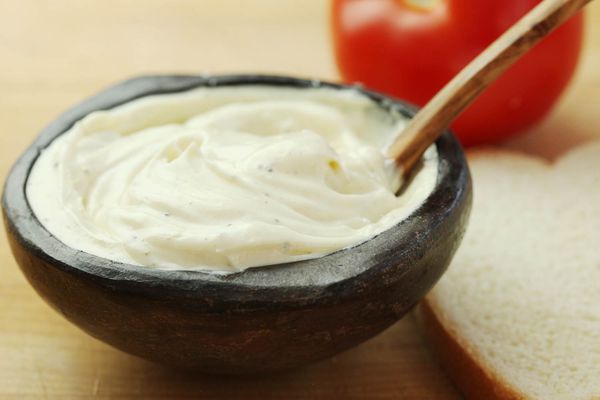 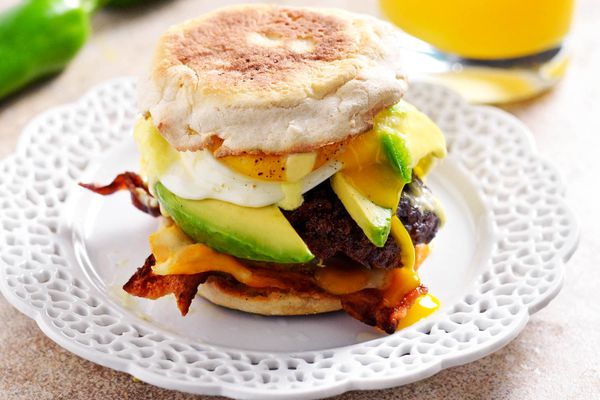 The Breakfast Smash Burger: Hangover Killer for the Gods 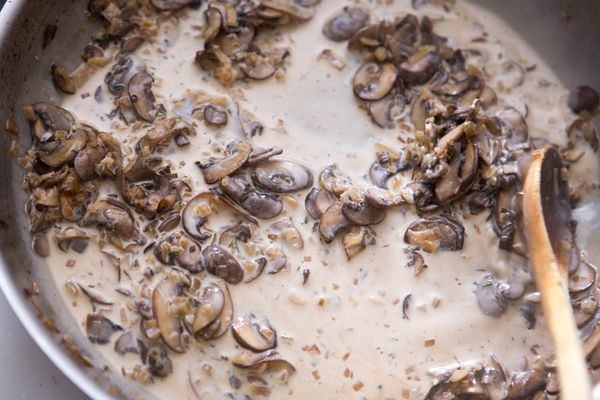 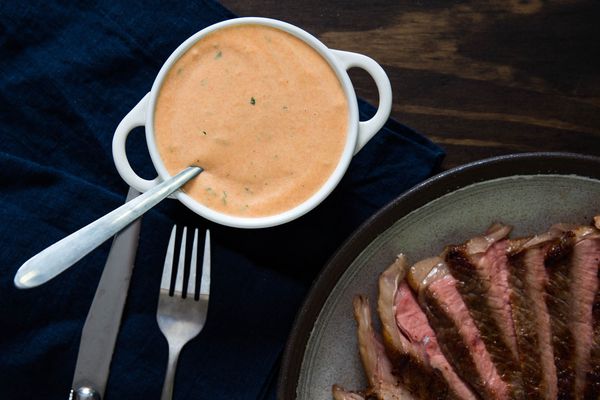 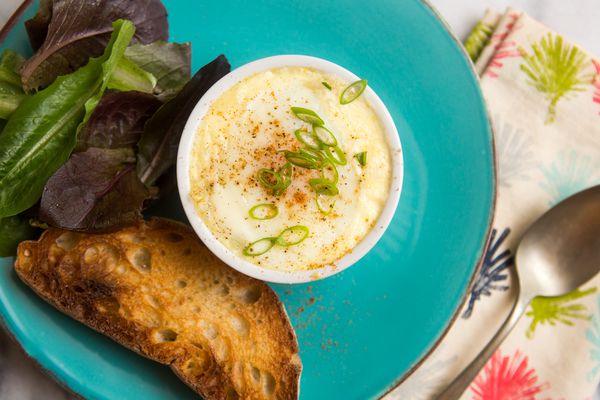 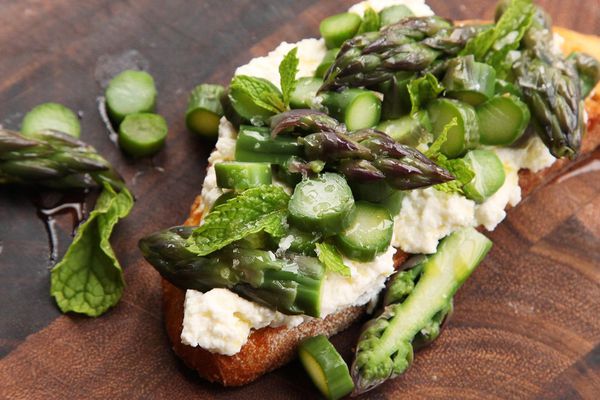 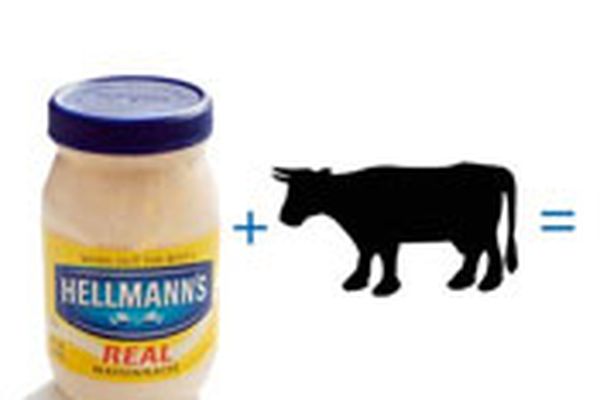 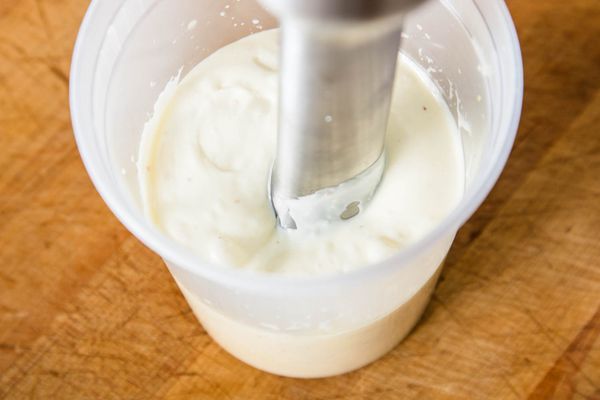