I used to live in Brooklyn's Sunset Park, which has a large Hispanic population, and during that time my diet was full of the beans, Mexican cheeses, tortillas, tomatillos, culantro, and pumpkin found in all the local markets and bodegas in my neighborhood. But I moved away long ago, and now I live in Crown Heights—so my shopping habits have shifted somewhat in the direction of the Caribbean population of my new area. Several days ago, though, I had a sharp craving for soft, sweet fried plantains, and I realized I haven't been eating nearly enough Latin food.

I wanted to craft something hearty out of bananas' large, starchy cousin, and happened upon pastelón, a dish found in both the Dominican Republic and Puerto Rico. It's kind of like a Latin American lasagna, layering fried plantains with a spiced ground beef filling and melty white cheese.

I instantly wanted this dish in my house (and stomach), and I knew that I could adapt the recipe to be vegetarian-friendly. I prepared spicy red beans for the filling, using all of the traditional flavorings, which includes a sweet-salty combination of raisins and olives. Because I knew that I would be sacrificing some texture by using creamy beans, I decided to make a crunchy, refreshing radish salsa to serve on top of the finished casserole. And since I had the radishes around anyway, I chopped up their greens and tossed them into the bean filling for a touch of bitterness.

This recipe is a bit time-consuming, but nothing about it is too hard, and the end result is a flavor-packed, sweet, salty and satisfying dish that's big and hearty enough to feed a crowd. 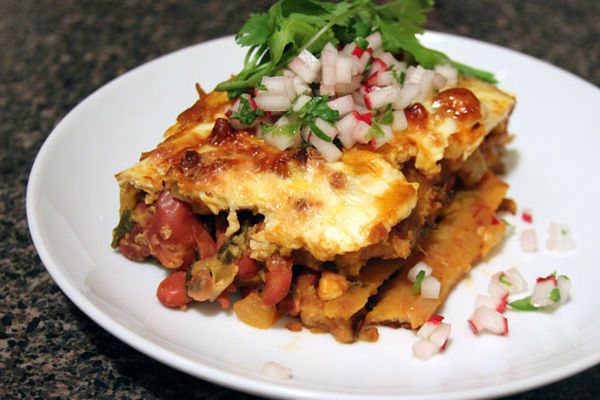 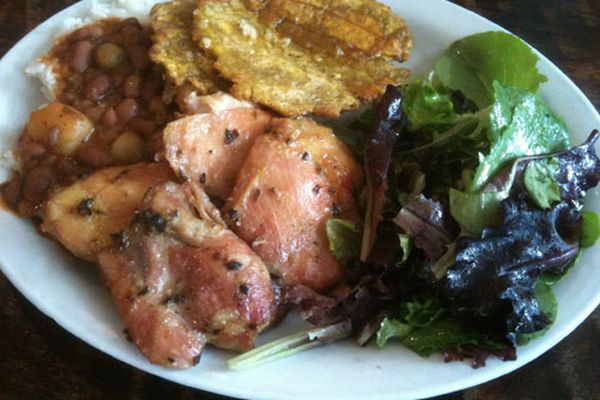 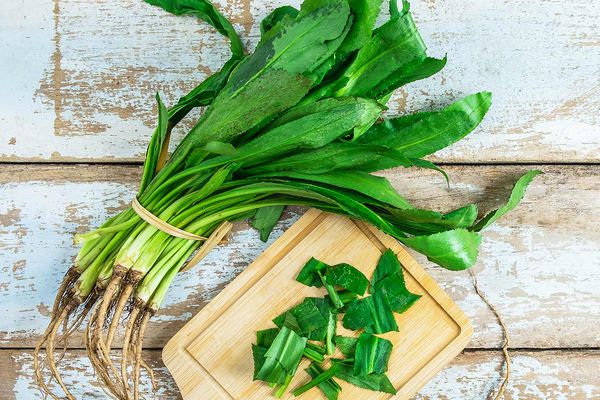