Yesterday, when I posted a long article about constructing awesome fully-loaded vegan nachos, complete with recipe, step-by-step illustrated instructions, well-researched and thought-out tips and techniques on the construction and serving of said nachos, and a slew of what I considered to be particularly mouthwatering photos, I was immediately and unceremoniously called out for creating a new recipe that largely relies on the success of previous recipes for it to work.

I suppose it is a bit like putting together a novel by slapping together a series of short stories, but damn is it one delicious novel. And more importantly, it demonstrates the one thing I try to get across more than anything else in The Food Lab: if you learn a single recipe, you've learned how to cook one dish. But learn the basic techniques behind that recipe—the individual components—and you've opened yourself up to a world of invention.

By altering the basic flavors of my Vegan Nacho Sauce recipe, you have the ability to create a vegan version of basically any dish that uses gooey melted cheese sauce, including Vegan Cheesy Baked Potatoes with Broccoli, Vegan Nachos, and today's project: Vegan Stovetop Macaroni and Cheese

It's actually a pretty straight-forward recipe once you've got the basic nacho sauce technique down. It starts the same way, with onions and garlic sautéed in vegetable shortening (the saturated fat gives the finished sauce a creamy, rich texture), followed by a series of aromatics: powdered garlic (which has a distinct flavor from fresh), paprika, mustard, and tomato paste in lieu of the spicier elements that I used in the straight-up nacho sauce recipe.

Without those chipotle peppers, you need an extra savory hit here, so I use a dab of miso paste. The rest is pretty much identical: add some cashews and toast them lightly, followed by some sliced potatoes (which turn gooey and sticky when blended later on), simmer it all with a mixture of water and nut milk (I use almond), and then purée it at high speed until smooth and gooey.

All that's left is to stir the sauce into some cooked macaroni, heating it on the stovetop after adding the sauce to get it to really adhere to each noodle and thinning it out with a little extra pasta water to a creamy consistency.

You end up with a stovetop mac and cheese that is as creamy, gooey, salty, tangy, and comforting as anything that's ever come out of a blue box. 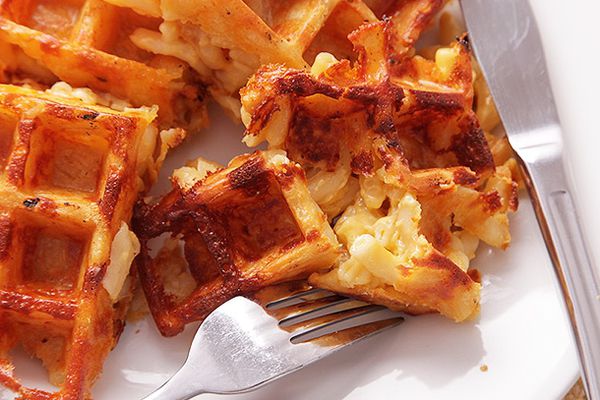 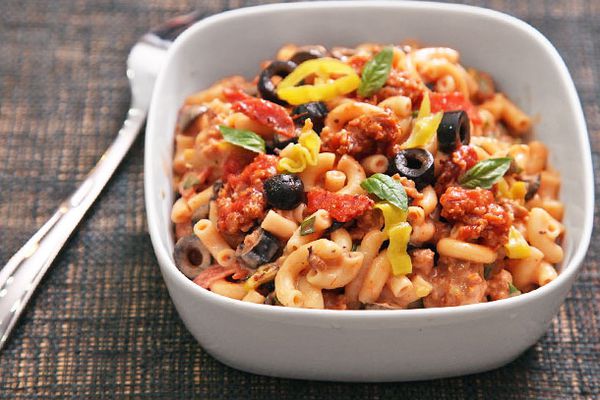 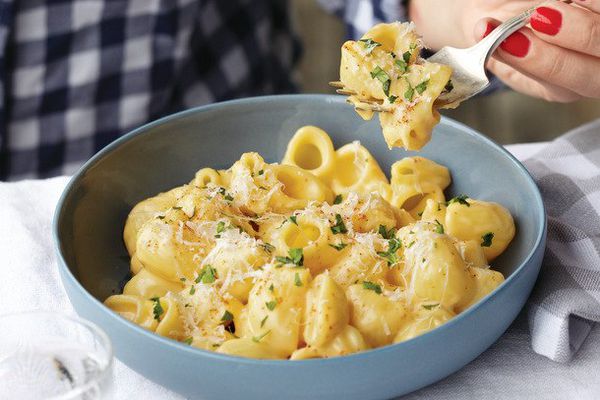 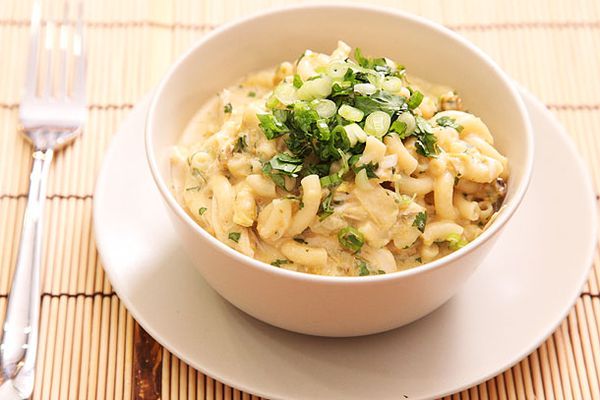 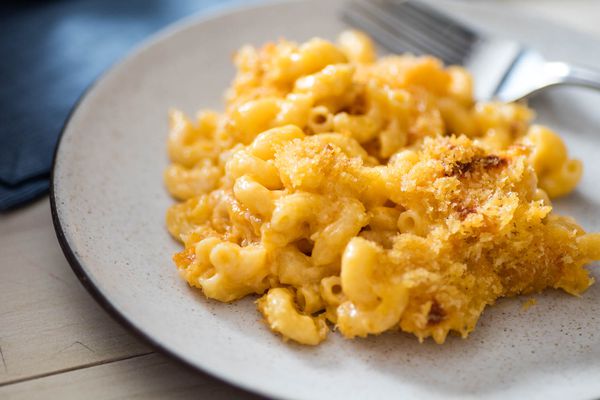