I've got to admit it. As much as I love vegan food, there's one thing I do miss about winter: the smell of a slow-cooked bolognese sauce filling the apartment on a cold day. It's one of my favorite parts of the season. It's not that I love the meatiness per se. It's not necessarily about the contrast between the cold outside and the warmth within. It's not even really about getting to eat the sauce that evening. What it's about is that smell being a constant reminder to you that you are in the middle of a project, the middle of creating something great. It's a good feeling to have, knowing that you're being productive.

Bolognese is one of my favorite sauces to make, and I've been doing it with regularity and precision for the last 12 years. I'm pretty damn good at it. I make it so often that I believe I have a built-in correlation in my mind between the scent of bolognese sauce and that feeling of productivity. It's to the point that even if I smell someone else making it, I feel like I've accomplished something. My goal with this vegan version is to create a 100% meat-free sauce that benefits from a long, slow braise, and produces an end result that is every bit as rich, hearty, a deeply flavorful as my own bolognese recipe.

There were a few big hurdles to tackle here. How would I pack rich flavor into an intense sauce made only with vegetables? What techniques could I use to bump that flavor up? What about nailing the texture of the finished sauce? It must be thick and rich enough to coat pasta, and have a variation of textures ranging from creamy to chewy. I dealt with each problem as it came up, using some of the techniques I've learned from my standard bolognese sauce as the jumping-off point.

My traditional bolognese sauce starts out with a traditional Italian soffritto of carrots, onions, and celery (the equivalent of the French mirepoix), gently cooked in really good olive oil. The goal is to soften the vegetables without actually browning them so that their raw edge goes away but they don't become overly sweet.

Next up: red wine. Wine adds a few things to the sauce. Primarily, it's a source of acidity, giving the sauce brightness and balancing out the richer flavors we're going to add later. It's also a good source of glutamates, the molecules responsible bolstering the savoriness of a dish. With a meaty ragù, it makes the meat taste meatier. In a vegan ragù, it's even more important.

So far, the method is identical to what I'd do for a standard bolognese sauce. Time to mix things up.

Almost every recipe I've come across for vegan bolognese sauce relies on a product like tempeh, textured vegetable protein, or firm tofu to add texture to the sauce in place of meat. I personally find TVP and tempeh to be lacking in flavor, and tofu's texture doesn't make it the best meat replacement.

Besides, why try and replicate the flavor and texture of meat when there are so many other delicious options out there?

Tomato products perform a role very similar to wine in a bolognese sauce, adding acidity and savoriness. Tomato paste is also great for adding body to a sauce. To get the best flavor out of it, you should add it to a hot pan slicked with nothing but oil. Like a Thai curry paste or an Indian spice powder, frying the paste in oil will help you develop sweet, complex flavors that otherwise would never come forward.

After adding the mushroom mixture to my cooked down soffritto and adding a can of tomatoes that I crushed by hand, I noticed one major thing: the sauce was still pretty thin. I let the whole thing simmer down for an hour, hoping that it would tighten up. It never really did. The liquid element reduced, but it didn't get much thicker or richer, while the chunks of mushroom stayed completely intact. The sauce was simply not integrated as a whole.

Now doesn't that look like something worth waiting for? Your kitchen should smell awesome by this point. Breathe that accomplishment in deeply, you deserve it. Now taste the sauce. Feel its texture on your tongue: Creamy, with vegetable pieces of varying degrees of firmness and chewiness rolling across your tongue. Taste the flavors, rich, deep, well-developed, and, above all, balanced. It should taste like a sauce that someone took their time with because, well, it is. 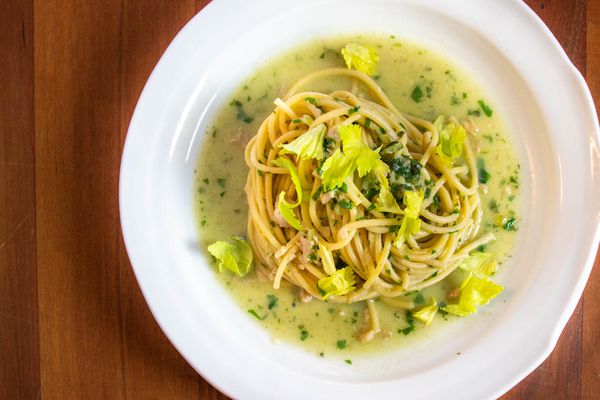 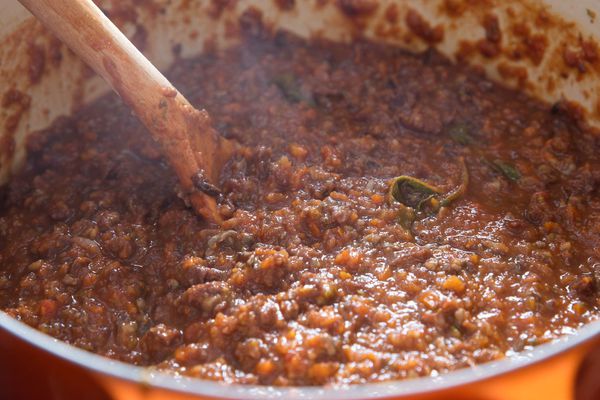 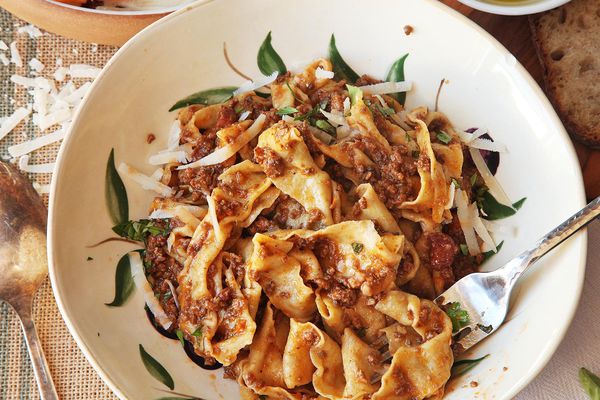