Over the years, you've probably had enough great incidentally vegan recipes—stuff like warming Indian curries or simple Italian pastas—that you know you don't need animal products to make a great dinner. Things get trickier when it's time for dessert, though, since baked goods tend to rely heavily on butter, milk, and eggs. But that doesn't mean vegans are out of luck. Sorbet is a classic dessert that just happens to be animal-product-free, as is Thai mango sticky rice. Coconut cream can make a vegan ice cream that's as rich and satisfying as any dairy-based version, while oil makes a fine replacement for butter in our vegan chocolate chip cookies. Keep reading for 19 of our favorite vegan dessert recipes, from plum sorbet to a chocolate-covered caramel honeycomb that kids will love.

A note on sugar: White sugar is typically processed with bone char, which keeps it from being vegan. These days, however, many brands use mineral-based filters—if you have questions about a particular brand of sugar, check with the manufacturer to see what method is used to process it. Or, if you don't mind the subtle molasses flavor, use raw sugar, which is naturally vegan.

Made with little more than fruit and sugar, sorbets are some of our favorite vegan desserts. This one is a refreshing take on wine-poached pears. Many different styles of whites will work in this recipe, but we like using an acidic, moderately sweet Riesling with about a 12% ABV. The spicy kick of the ginger pairs well with the wine's mineral backbone.

Get the recipe for Pear, Riesling, and Ginger Sorbet »

Fresh raspberries have a wonderfully complex flavor, with plenty of sweetness but also a hint of bitterness. To get the right texture, sorbets need a lot of sugar, which tends to obscure those bitter notes. Our solution? Adding bitter Campari, which makes our raspberry sorbet look and taste more like fresh fruit. The half teaspoon of orange zest might seem like a minor element, but it really helps marry the flavors of the raspberries and the liqueur.

Get the recipe for Raspberry-Campari Sorbet »

Not all sorbets have to be boozy—this plum version, for instance, is 100% family-friendly. We like to use a few different varieties of plums for more complex flavor and blend in the skins, which contain tannins that give the sorbet just a little tartness. A tablespoon of corn syrup keeps the sorbet from getting too icy.

Get the recipe for Plum Sorbet »

Ripe mangoes produce an incredibly creamy sorbet; this one is almost as rich as ice cream. You can use any kind of fruit, but the sweet and slightly spicy flavor of Ataúlfo mangoes is best. They take well to a pinch of chili flakes if you're feeling adventurous.

Get the recipe for Mango Sorbet »

Traditional ice cream gets its flavor and texture from fatty milk and eggs. If you're going to make a vegan version, you need to find another source of fat. Coconut milk is a good start, but it's too lean on its own, so we add coconut cream, too. The result is a vegan coconut ice cream that can serve as a base for all sorts of recipes—here, we flavor it with two teaspoons of vanilla extract and a tablespoon of whiskey, which helps to bring out the vanilla.

Get the recipe for Foolproof Vegan Vanilla Coconut Ice Cream »

Our vegan coconut ice cream base is just as good flavored with cocoa powder as it is with vanilla extract—the flavor ends up reminiscent of a chocolate macaroon. As with our plum sorbet recipe, we use a little bit of corn syrup in our coconut ice creams to keep them smooth.

Get the recipe for Foolproof Vegan Chocolate Coconut Ice Cream »

A far cry from the bright green, artificially flavored stuff, this vegan mint chip ice cream gets its fresh, grassy flavor from a ton of fresh mint leaves. Just before the ice cream finishes churning, we throw in chopped dark chocolate, of which vegan varieties abound these days even in supermarkets.

Get the recipe for Vegan Mint Chip Ice Cream »

Like coconut cream, peanut butter makes a great base on which to build a super-rich vegan ice cream. Here, we combine both of those ingredients and mix in plenty of salt to cut through all the sweetness. Look for a "no-stir" vegan peanut butter—Smooth Operator from Peanut Butter & Co. does the job nicely—to give it a creamy texture.

Get the recipe for Vegan Salty Peanut Butter Ice Cream »

Dark rum gives this tropical-themed ice cream a deep molasses flavor, but remember that the addition of alcohol means extra freezing time will be required. Heating and blending the base ingredients ensures that the coconut fats will emulsify, producing a smoother ice cream in the end.

Coconut isn't the only option for making creamy dairy-free ice cream—buttery avocados work wonderfully, too. The distinctive taste of avocado doesn't blend with traditional ice cream flavorings as well as coconut does, so, instead of trying to mask it, we highlight it with the complementary, bright flavors of lime juice and zest.

Get the recipe for Vegan Avocado Lime Ice Cream »

Instead of relying on specialized substitutes like "egg replacers," as many vegan baked goods do, these delicious cookies are made with familiar ingredients only. The texture is more delicate than what you'll find in egg-bound cookies, but they're still pleasantly chewy thanks to a combination of rolled oats, vegan brown sugar, and desiccated coconut.

Get the recipe for Vegan Oatmeal Chocolate Chip Cookies »

This recipe is proof that vegan treats don't have to be a compromise—some desserts are actually tastier when made that way. In these easy scones, we omit butter and cream because we want the fresh blueberries and lemon zest to shine. Instead of dairy, we use coconut oil and unsweetened full-fat coconut milk, which amplifies the tart flavors. Look for smaller, tighter blueberries, which contain less water, to avoid soggy scones.

Get the recipe for Blueberry-Lemon Scones »

For this classic Thai dessert, we top glutinous rice, soaked with salted and sweetened coconut milk, with very ripe Ataúlfo mangoes. Most of the coconut milk soaks into the rice; the rest is thickened with cornstarch to make a smooth, luscious sauce.

This easy caramel candy is made with sugar, corn syrup, and baking soda, then coated in melted chocolate and sprinkled with chopped peanuts. The baking soda makes tiny bubbles in the caramel—once it cools, you're left with a crunchy, aerated candy to be broken off in large chunks, like peanut brittle.

Get the recipe for Chocolate-Coated Caramel Honeycomb With Salted Peanuts »

McVities digestives are a favorite for anyone who had access to them as a kid, since there's really very little not to like, between the graham flavor in the relatively (relatively!) healthy biscuit, which is more of a cookie-cracker hybrid than anything else, and the coating of chocolate on top. Making the McVities-style digestives vegan is a relatively simple procedure; all it requires is getting your hands on some vegan chocolate.

Get the recipe for Vegan Chocolate-Covered Digestive Biscuits»

These roasted berries make a fine topping for vegan ice cream at any time of the year, and the technique is pretty handy for when you've got strawberries that are a little bland or underripe. And while you could also pair them with vegan french toast or pancakes, there's no rule against just eating them straight up; the lemon, vanilla, and rose water really make them that delicious.

Get the recipe for Roasted Strawberries»

Fruit (or vegetables!) cooked in syrup make for a wonderful dessert, too, and they can be paired with any number of things, like sticky rice or pancakes, but they're also, like the strawberries above, perfectly good to eat on their own. We have several different compotes: a straightforward apple one, in which sliced apples are cooked in a syrup flavored with toasted sugar, cider, and spices; a rhubarb compote, in which the stalks are cut up and stewed in wine flavored with sugar and vanilla; and, finally, a rhubarb-strawberry compote, in which the berries and rhubarb are cooked in a syrup spiked with fennel seed.

Get the recipe for Apple Compote »

Get the recipe for Red Wine Roasted-Rhubarb Compote »

Get the recipe for Strawberry-Rhubarb Compote With Fennel » 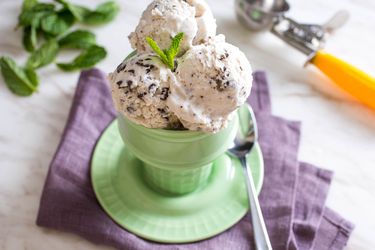 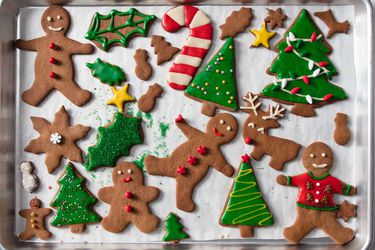