"It's going to revolutionize home cooking in ways that the microwave didn't even dream of doing."

The principles of sous-vide (French for "under vacuum") cookery are simple: seal the raw food in a vacuum-sealed plastic pouch, then submerge it in a water bath that is kept at the final temperature you want to serve the food.

So, for example, a chicken breast reaches the precise point where its proteins have set, but have yet to start squeezing moisture out of the muscle fibers at 140°F. So if you have your chicken in a pouch in a water bath kept at exactly 140°F, you will have perfect chicken every time, with absolutely no possibility of overcooking.

Now that Top Chef has brought sous-vide awareness to home cooks everywhere (and if you've eaten at a fancy restaurant in the last five years, chances are, at least part of your food was cooked sous-vide), it was only a matter of time before a home version of the $1,000-plus thermal water circulators required for controlling the water baths was brought into the market.

And who better to unashamedly shill for the brand new Sous-Vide Supreme (on sale now for an "introductory" price of $399) but three-Michelin star, molecular-gastro-uber-chef Heston Blumenthal, also of 30-hour hamburger fame.

His flagship restaurant, The Fat Duck, along with its dedicated experimental kitchen, is located in Bray, a small town outside of London. It's widely regarded as one of the top five restaurants in the world, and it's no coincidence 100% of their proteins, and a great deal of their vegetables, are cooked via the sous-vide method.

According to Blumenthal, "sous-vide cooking is the single greatest advancement in cooking technology in decades." Last Friday, I attended a demonstration of the new machine in the beautiful wine-tasting room at Astor Center. The early parts of the demo were hosted by the creators of the machine, Drs. Michael and Mary Dan Eades and gave me uncomfortable flashbacks of late-night Ronco infomercials.

That said, the thing does look pretty. A brushed stainless steel box about the size of a bread machine with a glowing control panel on the front for setting time and temperature, it contains a well for water and a computer-controlled heating element that sends power to various points on the bottom of the box to form convection currents that flow around the food, cooking it with a precision of one-tenth of a degree. Although it's called the Sous-Vide Supreme, the name is a bit of a misnomer. It's missing the "sous-vide" part—you have to buy a vacuum sealer with heat-safe bags separately.

After the sales pitch, chef Blumenthal came on with his assistant, chef Kyle Connaughton, who was taking a break from his job of running The Fat Duck's Experimental Kitchen. The room—which was full of a dozen odd reporters, chefs, doctors, and one Michael Ruhlman—got visibly excited. This was going to be an edible demo.

Heston's intro consisted of a mind-bending talk about one of his more fantastical dishes (the Mock Turtle Soup he created for the BBC series Heston's Victorian Feast) that involved cooking, ice filtering, re-freezing at negative 80 degrees, centrifuging, and freeze-drying just to make a stock. After we were sufficiently awestruck, he served us our first course: Gently Cooked Scrambled Eggs.

As Blumenthal spoke about egg proteins and how they coagulate, chef Connaughton carefully squeezed the eggs—which had been cooking in a 163.8°F water bath for 20 minutes—out of their plastic pouches before drizzling them with clarified beurre noiette, and a generous shaving of white truffles. Never in my life have I eaten eggs that were so perfectly cooked: soft, rich, and custard-like with tender, barely set curds. Heston Blumenthal, perfect eggs, and a white truffle all in one room together? If only my wife had been there, I could have died right then, a happy man.

Next up was salmon served two ways—one brined, the other unbrined. Brining, which involves submerging your protein in salt water, changes the shape of some of the muscle fibers on the exterior layers of the meat, allowing them to absorb and retain more moisture as they cook. It's essentially a safe-guarding technique that helps protect the outermost layers of your food from drying out too much through overcooking. With the sous-vide technique, I found the brining to be totally unnecessary— even the unbrined salmon was tender, moist, and evenly cooked from edge to center. Both salmons were a tad overdone for my liking through. An error?

Blumenthal quickly addressed this: "I cooked this salmon at 45°C [113°F], which is a few degrees higher than I like my salmon—I was afraid that the soft, jelly-like texture that I like might have been off-putting for some of your palates."

Eggplant cooked with olive oil then quickly fried and drizzled with kabayaki glaze was next. "Fruits and vegetables have things like pectin and cellulose that take higher temperatures to break down than meat proteins," explained the professorial Blumenthal. "This eggplant was cooked at 90°C (192°F)." It was melt-in-your-mouth tender, though it was underwhelmed by the store-bought sauce (the chefs arrived in New York only a few hours before the event and didn't have time to make the sauce themselves).

"You know your chicken breast is perfect when you cut it and you have a smooth surface—you can't even see the muscle fibers," said Blumenthal. And perfect it was: as tender and moist as the world's best pork chop. So soft that teeth were almost unnecessary. It demonstrated what to me is the greatest selling point of the machine. Chicken breasts are the bane of any line cook's existence, and the yardstick to which a good cook can be measured by—even slight overcooking turns them into sawdust.

But in a competition between the greatest line cook in the world cooking chicken via traditional methods and an idiot armed with a sous-vide machine, I'd put my money on the idiot any day.

Think about it: as long as you can set a temperature knob correctly, your chicken is going to be cooked exactly the same way that chicken at the best restaurants in the world is cooked, with no chance whatsoever of screwing it up. Even if you forget and leave the chicken floating in its warm bath for an extra hour, it's still not going to overcook. It's truly a "set it and forget it" appliance.

It's going to revolutionize home cooking in ways that the microwave didn't even dream of doing.

The final savory course was a slow-cooked steak, which Kyle seared after removing it from its pouch (because of the low-temperatures involved, no browning takes place in sous-vide cooked food). Like the other courses, the beef was superlative, although it came out slightly colder than I would have liked it.

This is one thing I've noticed since sous-vide hit restaurants—since the food starts out at cooler temperatures in the kitchen, there's a much higher chance that your food will come to the table lukewarm. A small drawback that careful attention can help avoid.

As we savored our final course—slices of pear cooked sous-vide with vanilla and Riesling—chef Blumenthal answered some of our questions about the quality of the machine. Once it's brought up to temperatures, it uses power at a rate of 60 watts—that's about the same as a lightbulb—which is good to know, considering that some sous-vide recipes for tougher cuts like ribs or tongue call for cooking times as long as 72 hours. Apparently, he's kept one in his laboratory wired with a thermocouple that monitored its temperature for a week and found that it was accurate to within a tenth of a degree—that's even more precise than the restaurant models!

I'll be getting one of these puppies in my kitchen some time in the next couple weeks, and I plan on putting it through some serious paces, so stay tuned to find out what it can do. If the Showtime Rotisserie taught us anything, it's that kitchen appliances come and go. The difference here is that the Sous-Vide Supreme is more than just another well-marketed appliance. If it really does what it claims to do, it offers home cooks something that has never been offered before: the opportunity to cook their food in exactly the same way that every three-Michelin starred restaurant cooks. Not just a pale imitation of how they cook, but exactly how they cook.

So will this really revolutionize home cooking? If we're to believe chef Blumenthal, it's in the bag. 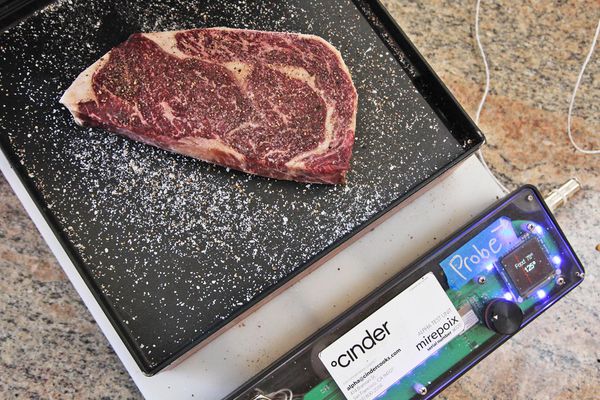 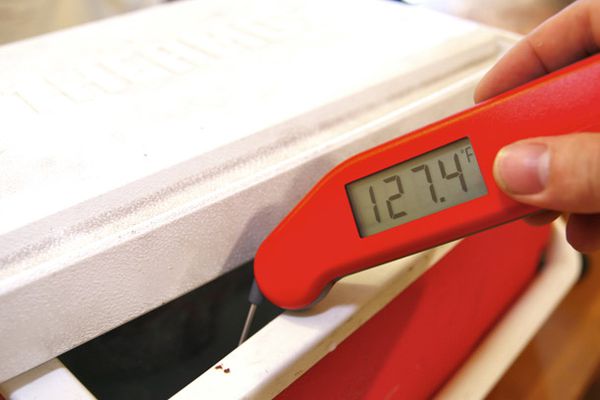 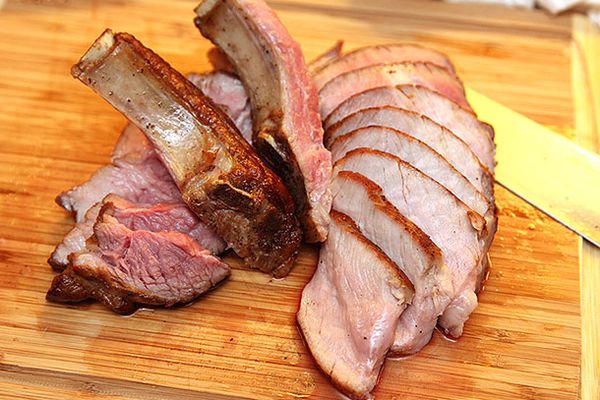 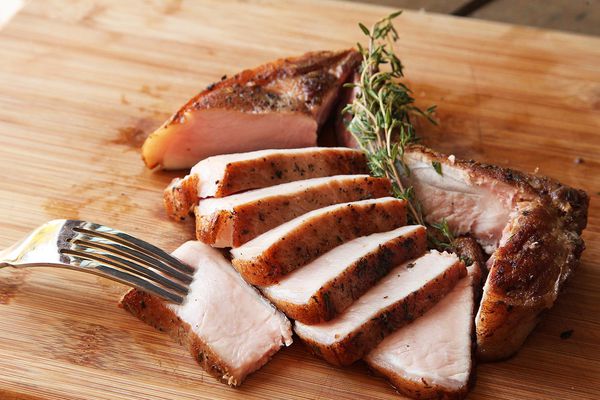 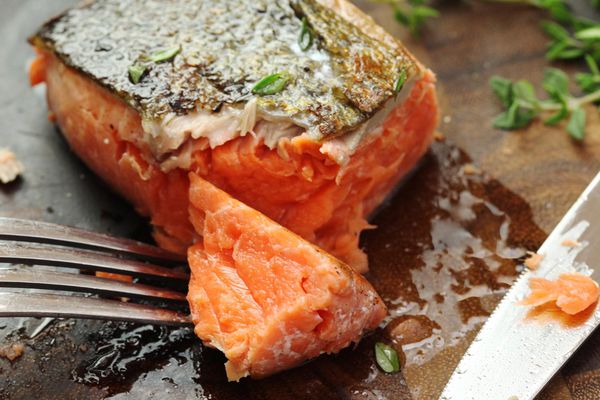 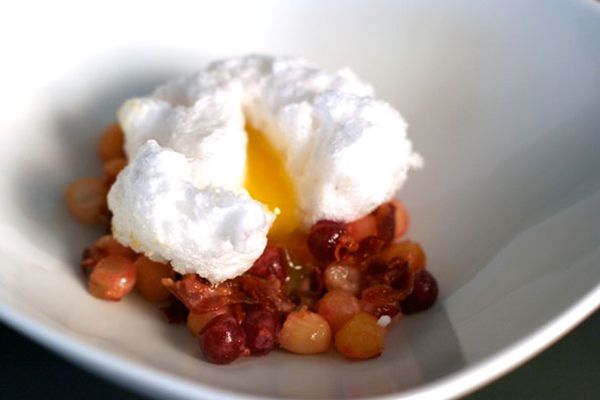