Soft-shell crabs, an East Coast specialty, are officially in season, and here at Serious Eats Headquarters we couldn't wait to celebrate their arrival. Yesterday, I showed how easy it is to clean the crabs yourself. Today, I'm sharing two great ways to use those freshly cleaned crabs with these easy and delicious sandwich recipes.

I think sandwiches are one of the best ways to enjoy soft-shells. First, because the crabs aren't exactly cheap, a sandwich is a great way to extend them into a full, satisfying meal. Plus, because crisp-cooked soft-shell crabs are bursting with tangy juices, surrounding them with bread means more of their amazing flavor makes it into your mouth instead of getting lost in a puddle on the plate.

For these recipes, I went in two very different directions. For my first sandwich, I started with the idea of a classic Maryland-style soft-shell crab sandwich, which often comes on white bread with mayo, sliced tomato, and lettuce. Instead of basic sliced white sandwich bread, I bought a small boule and cut the slices myself.

Then, to add a little more flavor, I prepared a simple tomato salsa using seeded canned plum tomatoes that I had gently baked in a 300°F oven to dry them slightly and concentrate their flavor. Once they'd cooled a little, I minced them and blended them with olive oil, red wine vinegar, finely sliced basil, and just a bit of sugar to balance the tartness of the vinegar and tomato.

For the other sandwich, I wanted to go in more of an Asian direction. My initial plan was to borrow some of the flavors from hard-shell crabs sautéed with ginger and scallions, a dish I've seen on menus at Cantonese restaurants. But I also wanted to top the sandwich with cilantro and quick-pickled carrots and cucumbers, garnishes that seem to pop up on all sorts of Asian sandwiches, from banh mi to bao. At the store, a mysterious magnetic force pulled me toward the baguettes, and I realized my subconscious was steering me into banh mi territory. Instead of resisting, I decided to embrace it. Who wouldn't want a soft-shell crab banh mi? (As it turns out, my colleagues at Serious Eats once wanted one so badly, they created a hack.) Once I accepted the idea—and felt damned good about it—I knew I had to make a chili mayo. I reworked the ginger and scallion idea by adding grated ginger to the chili mayo and thinly sliced raw scallions as a garnish.

The other main difference between these two sandwiches is the way I cooked the crabs themselves. I briefly considered deep-frying them, but decided against it: As delicious as deep-fried soft-shells are, they're also a bit more trouble to make, and I wanted to keep these sandwiches as quick and easy as possible. That meant sautéing them in a skillet.

For the Maryland-style sandwich, I dredged the crabs in flour that I had seasoned with Old Bay, then sautéed them in butter until golden brown and crisp. For the banh mi-style sandwiches, I went for a plain cornstarch dredge and cooked them in neutral oil. The flour dredge gives the crabs more of a crunchy coating with a delicious, brown-butter flavor, while the cornstarch forms a lighter, crisper shell that shatters when you bite it. I wouldn't say one is better than the other—the textures and flavors are just different. If you need an excuse to cook a whole lot of soft-shells this summer, trying both types of dredging and cooking fats is more than a good enough reason. 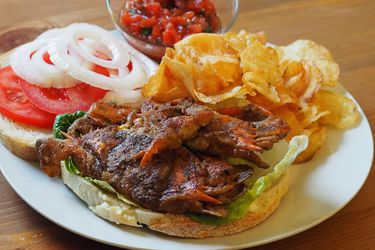 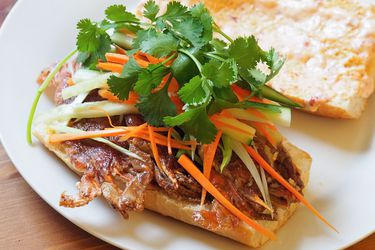 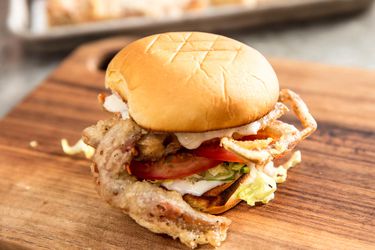 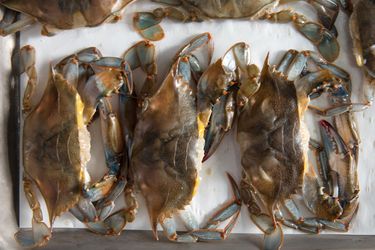 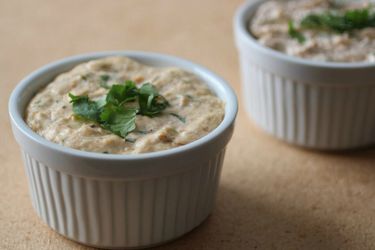 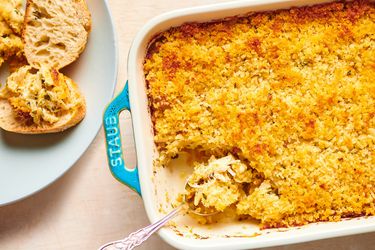 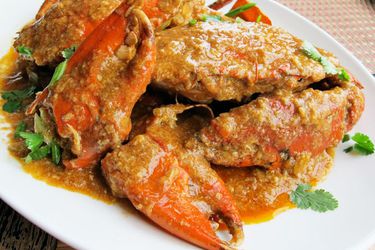