If you're in the market for a great thermometer but don't want to shell out for the ThermoWorks Thermapen ONE, we found an excellent inexpensive alternative: the ThermoWorks ThermoPop. It's fast, accurate, and comes in a variety of fun colors—plus, it's currently only $21.

Anyone who reads this site regularly has heard me talk about the ThermoWorks Thermapen countless times. It's the Cadillac of thermometers with a huge, easy-to-read display, simple button-free operation, great accuracy and precision, a slim probe, a huge range, and temperature read times of under two seconds. It simply can't be beat, and it's an indispensable tool for anyone who roasts meat, cooks steaks or chicken, barbecues, makes candy, or deep fries.

Enter the ThermoPop, the digital thermometer from the makers of the Thermapen that offers many of the same features for a fraction of the price. The real question: how well does it work?

I've been playing around with one for the last couple months, stacking up its performance against the original Thermapen as well as a host of other digital thermometers I've collected over the years. In all cases it performed at least as well as advertised, and in some cases beat out its own specs with read times in under five seconds instead of the five to six listed, and accuracy well within the ±2°F (1°C) range.

Simply put, it's the best inexpensive thermometer on the market, and for you home cooks who don't want to shell out $$$ for the original, it may well be the solution you were looking for. 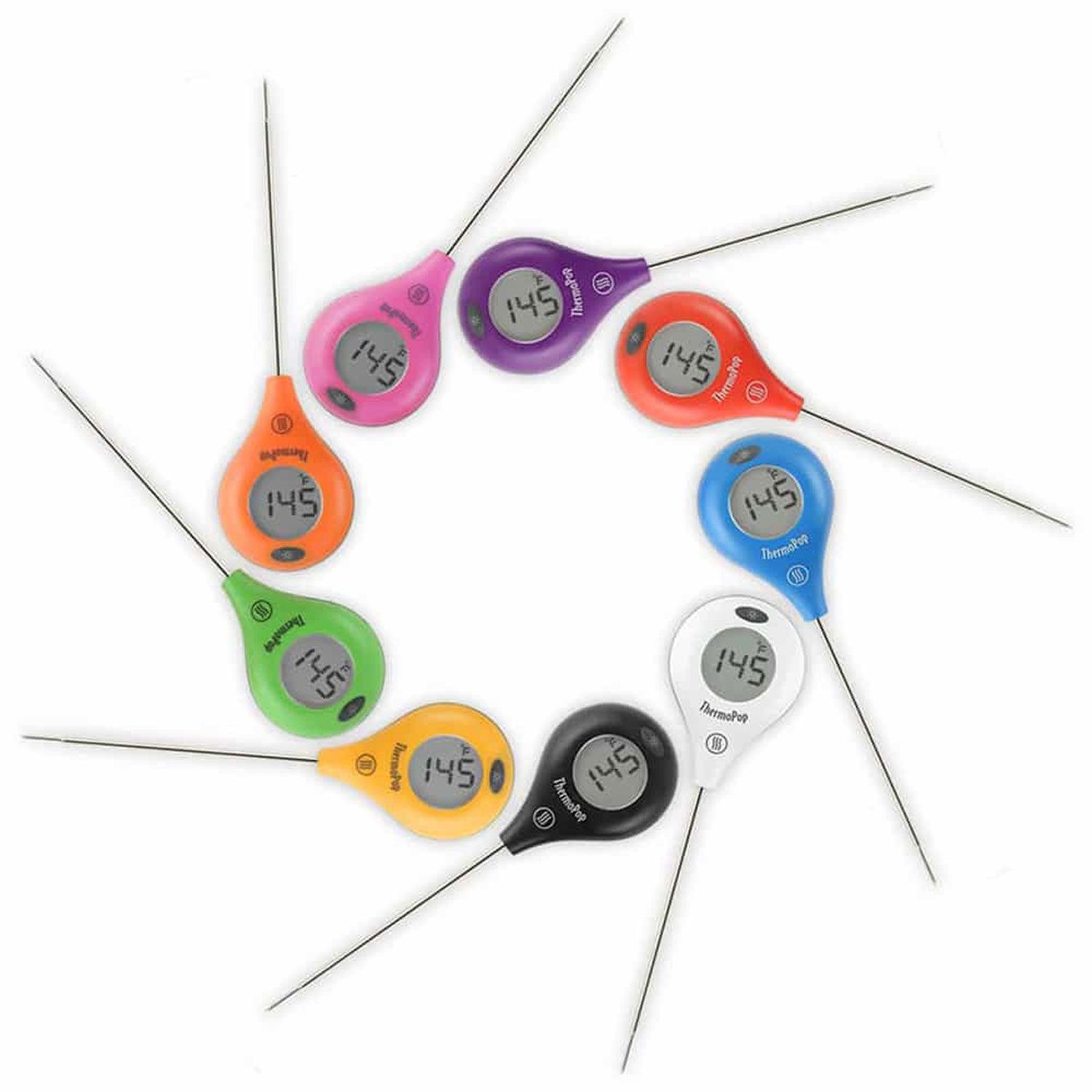 The Criteria: What We Look For in a Digital Thermometer

For us, a great digital thermometer has a clear, easily readable display, a wide temperature range, and accuracy within one degree. A quick read time is a bonus, but anything under 10 seconds feels reasonable for a home cook—as long as the reading is on point.

The compact thermometer has a thin probe with a carrying case that fits into a chef coat's pen pocket. The dial is relatively large and easy to read with a built-in soft backlight for when you have to reach into the oven. A click of a small button rotates the display 90 degrees, making it easy to read from any angle, including upside down.

So what do you lose when you go with the ThermoPop? The most obvious is speed. Temperature reads that used to take two seconds now take four to five. It's not a huge deal, but it's noticeable if you're used to the performance of the Thermapen. Its accuracy and precision are also slightly downgraded, but for all but the most finicky of home cooking tasks, this should make no difference in the final outcome.

Here's a quick closer look at the two products side-by-side:

I know a lot of friends who are gonna be getting the promise of perfectly cooked steaks and roast chicken in their stockings this year.

How can I check to see if an instant-read thermometer is accurate?

The simplest way to test the accuracy of an instant-read thermometer is either with ice or boiling water (or both). To run a cold test, fill a glass with ice and cold water, then top with even more ice—do this in a bowl or in the sink to manage overflow. Insert the thermometer and check the display, which should read 32°F or 0°C, or very close to that (one degree above or below is forgivable). To heat test your instant-read thermometer, bring a pot of water to the boil, insert the probe, and check the display. Ideally, you’ll see a number within a degree or two of 212°F or 100°C.

Can an instant-read thermometer be recalibrated?

Some instant-read thermometers have a dial or a button that will allow for recalibration—follow the instruction manual to ensure proper procedure. Many budget thermometers, however, cannot be recalibrated. In this case, it’s up to you to decide if you’d rather remain mindful of the temperature discrepancy, or replace your thermometer with a new, more accurate model.

How do you clean an instant-read thermometer’s probe?

As with many kitchen tools, the best time to clean your instant-read thermometer is immediately after use. Wiping the probe with a paper towel or soft cloth is probably sufficient if you’ve measured the temperature of water or a dry ingredient such as flour, but you’ll want to use dish soap and hot water to clean the probe after inserting it into anything oily, doughy, or potentially harboring bacteria. 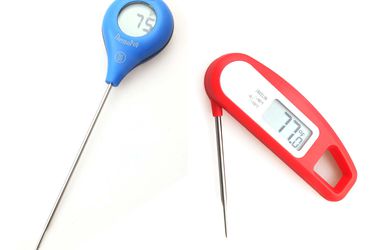