I'm on a mission, and I'd like you to join me. The goal is a noble one: no more over- or undercooked meat. Ever. The way to get there? Getting a thermometer in the hands of every home cook out there. Forget about poking your steak or the old time-per-pound charts. Taking an internal temperature with an accurate thermometer is the only way to consistently guarantee perfectly cooked meat, and there's never been a better time to join the movement.

The folks at Thermoworks are offering Serious Eats readers an exclusive price on the newest Thermapen, the Mk4. From now until 11:59 p.m. Pacific time on Saturday, December 12, you can get one shipped to you (or to your really, really good friends) for just $85. That's cheaper than you'll find it anywhere. Place your order through this link, and you'll even get a free gift for the holidays.

What's New With the Mk4?

I've been a big fan of the Thermapen ever since I first laid hands on one in the Cook's Illustrated kitchens almost a decade ago. Since then, they've only gotten better and better. The newest model, the Thermapen Mk4, is the sleekest Thermapen yet, with features that aren't just bells and whistles but will actually improve your cooking experience.

It boasts the same better-than-one-degree accuracy with NIST-traceable calibration as the previous models, along with a long, swing-out probe that will easily get to the center of even the biggest roast. It has a huge reading range of -58.0 to 572.0°F (it also reads in °C if you prefer), making it a useful tool for roasting meat, candy-making, or deep-frying. The new model uses regular AAA batteries as well (no more special-ordering those button batteries) and is now not just splash-proof, but fully waterproof.

It also delivers those measurements near-instantaneously. I know folks who've asked well, what's the big deal with a thermometer that registers temperatures within two seconds instead of eight? Is it really gonna make my life easier? All I can tell you is that while six seconds may not seem like much on paper, it stretches into eternity when you've got to hold your hand next to a spattering cast iron skillet or a blazing-hot oven.

There are a few big features worth mentioning. The first is an accelerometer-driven auto-rotating display. In other words, no matter what angle you're holding the wand at, you'll be able to get an easy reading. The new displays are also backlit with a smart light that switches on automatically in low-light situations (inside an oven, for instance).

The last feature is my favorite. With the older models, an auto-shutoff would kick in after a few minutes of use, requiring you to close and reopen the probe to switch it back on. This can get frustrating when you've got messy kitchen hands. The new Mk4 uses its accelerometer to sense when you're grabbing it, automatically switching itself on as you pick it up to take a reading. It's a small detail, but one that genuinely makes life easier.

As for the price? I can see why it might give you pause, even at the discounted $85 rate. You can get yourself three of Thermoworks' cheaper ThermoPop thermometers for that amount of money, and some folks may find that's all they need. But if you do any serious amount of meat cookery, candy-making, or deep-frying, the investment will pay itself back in perfectly cooked food in no time.

Let's put it this way: I've never met anyone who has regretted investing in a Thermapen. 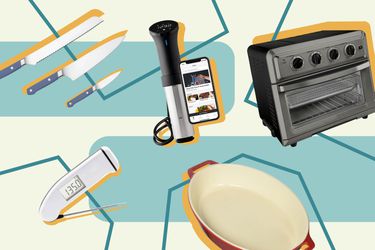