I feel like this has been the summer of awesome new products, what with the new Anova Precision Cooker and the new Reversible Griddle Baking Steel. Great ideas and equipment just keep rolling in!

Anyone who's tried to replicate the flavors of a great Chinese restaurant at home will know that it's a nearly impossible task, and it's not about secret ingredients or difficult technique. It's all about the heat. Cooking good stir-fries requires ridiculously high heat, full stop.

In the past, I've strongly advocated cooking your food in small batches and letting the pan preheat between each batch. It's a decent workaround, but not perfect. Far better is to use the grill to crank your wok up to the temperatures it needs. It's great for the summer, but what about when you want to cook inside?

A couple months ago I was approached by Glen Lee, an inventor who claimed to have an ingenious new device for cooking in a wok at home. Seemed to me that if it worked the way he promised, it would to revolutionize home wok cooking in the same way that the Baking Steel revolutionized home pizza-making.

I played around with it a lot, measuring, tinkering, reporting a few issues (it's still in development phase and has kinks to work out—luckily Glen has been extremely receptive to feedback), and generally cooking up a storm. I'm happy to report that this thing solves a problem I've been trying to work around for over a decade.

It's called the WokMon, and it's like steroids for your gas burner, helping to concentrate your flames and, more importantly, put them under the center of your wok, where they're supposed to be.

Let's get one thing straight off the bat: despite the fact that a flat skillet might be designed to work better on wide Western ranges, the wok is still best vessel for stir-frying, no matter what your heat source. We've shown this repeatedly through blind taste tests. But what is it that makes a wok so good for stir frying?

Well, it comes down to a number of things. First off, the shape makes it very easy to mix together large amounts of ingredients, key to a successful stir-fry. Secondly, its thin walls make it extremely responsive to heat, allowing you to crank it up or dial it down quickly, at will. Finally, its flared walls allow you to toss the food up and over the edge of the rim easily. As this happens, hot droplets of oil vaporize from the heat of the burner below, helping to create the smoky wok hei to which all great stir-fries should aspire.

None of these things are possible using a Western-style flat skillet.

That said, the wok itself is only half the battle. Your biggest constraint in a Western kitchen is actually your burners, and it comes down to heat output and burner shape.

In restaurants, cooks use high-output burners with separate outputs for gas and oxygen, allowing them to instantly adjust the heat under their wok from zero to hotter-'n-a-kerosene-cat-in-hell-with-gasoline-drawers-on. At home our burners are a good 20 to 25 times weaker. Put too much food in the pan and rather than rapidly searing meats and vegetables, you end up slowly stewing them.

The other issue is the arrangement of your burners. Take a look at your average home burner and you'll see that it's arranged in a ring. This is fine for a standard flat Western pan—you want even heat under the whole thing. With a wok, however, this is bad news. Rather than heating up the bottom of the wok, you end up heating the sides. More importantly, a lot of the heat energy that is being produced is being deflected by the sloped sides of the wok, which means that rather than heating your food, it's just heating your kitchen.

How does the WokMon work?

All it is is a domed metal ring that fits around your existing burner, with strategic air vents placed in it, allowing it to redirect the flow of gas and change its shape from a ring to a solid, jet engine-like column, putting the heat directly under your wok, where it's supposed to be. It fits under your normal stovetop grates on top of which you place a standard wok ring—a round piece of metal with vent holes designed to lift your round-bottomed wok above the cooking surface for stability.

I mean, check out that flame!

I've taken careful temperature readings using an IR thermometer of my wok through various methods of heating in the past. With a standard wok on a regular home burner, 650°F was about the highest I could get it, and once I added food, that temperature dropped rapidly to 400°F, before gradually making its way up to about 550°F.

On a grill, we can bump that starting value up by about 25°F, and the final cruising altitude by 100°F.

With the WokMon and its concentrated flame, on the other hand, I managed to get the bottom of my wok up well beyond the 700°F mark, in some cases almost above 800°F! Holy crap!*

*While the highest maximum temperature I could achieve at the base of the wok was higher than temperatures I generally get stir-frying on the grill, the grill is much better at maintaining that cruising heat once you start adding food. With the WokMon, you still need to cook in batches.

That extra energy translated to far more rapid searing, giving me better browning on meat and vegetables with less time spent in the pan.

Not only that, but the real kicker comes when you start tossing food.

You see those flames licking up? As cooking food gets tossed up and over the edge of the wok, that giant jet of flames catches it, surrounding the pieces of food as they fly through the air, scorching them, vaporizing their juices, and creating the elusive wok hei that had thus far been nearly impossible to achieve at home.

There are a few caveats (of course there are). First and foremost is to realize that this thing will not increase the actual heat output of your burners. All it does is redirect the flame so that you are cooking more efficiently. You will still have to cook foods in batches in order to get maximum searing power. I generally recommend stir-frying the meat first, setting it aside while you stir-fry the vegetables, then tossing them all back together before adding your sauce at the end.

The other issue—and this one may take a while to work out—is that not all home ranges are shaped the same way. I've used one model of the unit in two different kitchens, and in one I had to prop it up with a bit of extra aluminum foil to get it to fit the burner properly. This is a kink that will have to be worked out, perhaps on a case by case basis.

I also noticed that when I let my wok rest on top of the wok ring, some of the flame directed at the base of the wok was deflected outward and ends up venting out of the holes in the wok ring. Lifting the wok by just a centimeter or so to allow vent space between the wok and the wok ring solves the issue, though it's a bit of a pain to hold it in place while you wait for it to heat up.

That said, for the most part it's a solid product and a brilliant bit of simple, intuitive design, and I'm confident it'll get better as the final design is nailed down before the estimated September ship date.

The WokMon allows you to get better results with your stir-fries at each step of the way. Meat sears faster, vegetables retain more brightness and a better crisp texture. Sauce pools at the bottom of the wok and gets exposed to the full brunt of your burner's output, allowing it to boil and thicken rapidly, without giving other ingredients a chance to overcook.When all was said in done, in side-by-side taste tests, stir-fries tasted smokier, meat was more tender and better browned, vegetables crisper.

I feel like a new era of Chinese home cooking is being ushered into the Western world, and I'm excited to be here at the start of it. 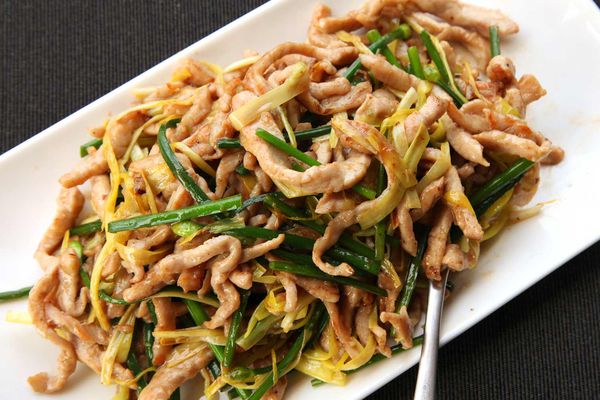 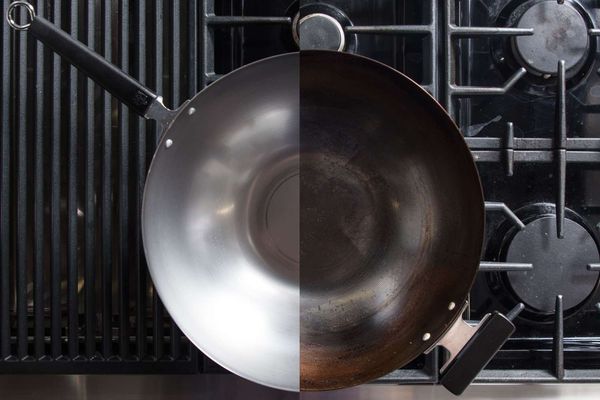 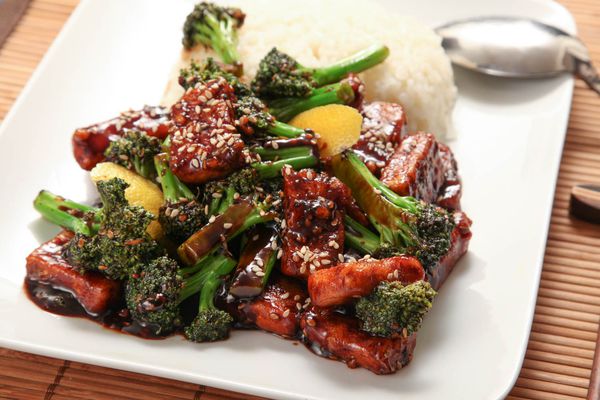 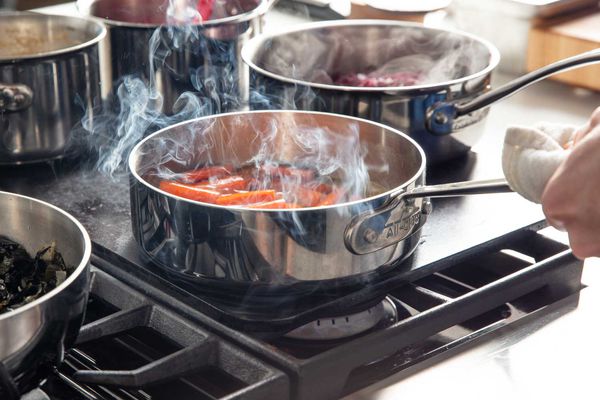 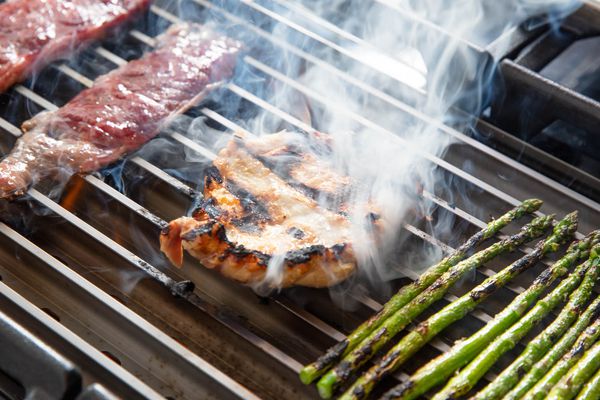