Why the wok? That's the question I get asked more than any other by readers and interviewers alike while on tour in support of my new book, The Wok: Recipes and Techniques.

The answer is easy. Far from being a niche tool that I only pull out for special nights, the wok is by far the most-used piece of equipment in my kitchen, and has been for the entirety of my adult life. It’s been my most constant kitchen companion as I've cooked everything from the thickest slab of crispy fried pork belly to the thinnest hand-pulled noodles. As you read through this Serious Eats digital issue, which features the voices of multiple accomplished chefs, educators, and writers, you’ll find that my experience with it is hardly unique.

So what makes a wok so useful? Of course, it’s the ideal vessel for stir-frying. As far as fast, fresh, flavorful, and family-friendly goes, nothing beats stir-frying. It’s the quintessential weeknight supper technique; vegetables retain their bright color and crunch, proteins come out tender and flavor-packed. And don’t fall into the trap of thinking that proper stir-frying requires a high-output, jet engine-style burner—or even a gas range for that matter! I believed this for many years (and my past writing on the subject has at times put an overly heavy emphasis on it), but in reality, across Asia there are hundreds of millions of wok-cooked meals …

When we sat down to figure out the theme for our first digital issue, we realized it was slated for publication at the same time as the release of The Wok, the second culinary opus from Kenji López-Alt, our former colleague and food-science wunderkind. There was no better moment to bring Kenji back to these pixelated pages than in our own full-throated celebration of what Kenji and many others will tell you is the single most versatile piece of cookware ever created.

One thing we all felt strongly about was that, while Kenji would play a leading role in this digital issue, contributing an introductory essay, two original recipes, and a wok-science excerpt from his book, the Serious Eats Wok Issue is about more than Kenji's amazing new book—the wok's roots run too deep and its reach is too broad for us to share one person’s story alone.

As you explore, you'll see all the expert hands that have touched this project. We have killer new recipes from celebrated chefs and recipe developers like Jenny Dorsey, Adam Liaw, Derek Lucci, Lucas Sin, and Clarissa Wei; fully updated and expanded articles on fundamental wok techniques by Tim Chin; and new and improved equipment reviews. The focus of this issue is, without a doubt, China and its culinary traditions, but we wanted it to also reflect the wok's greater sphere of influence, so you'll also find recipes from Thailand, Japan, and Taiwan. We profiled two wok icons: cookbook author and "wok therapist" Grace Young and Tane Chan, the pioneering owner of San Francisco's The Wok Shop. We also sent writer Christopher St. Cavish across China to consider two possible futures of the wok, one a revival of its ancient hand-hammered roots, the other a robotic revolution in the form of "auto-woks."

We hope the stories and recipes in this issue inspire you to continue wok traditions as enduring and bright as their thousands-years past. Or, at the very least, to throw out any of those nonstick pieces of crap once and for all.

PERSPECTIVES ON THE STATE OF THE WOK 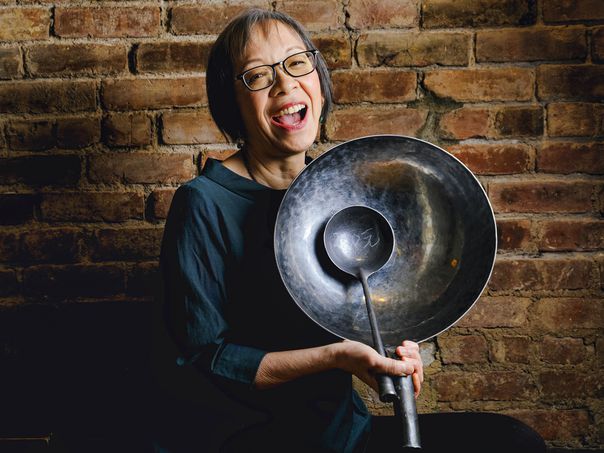 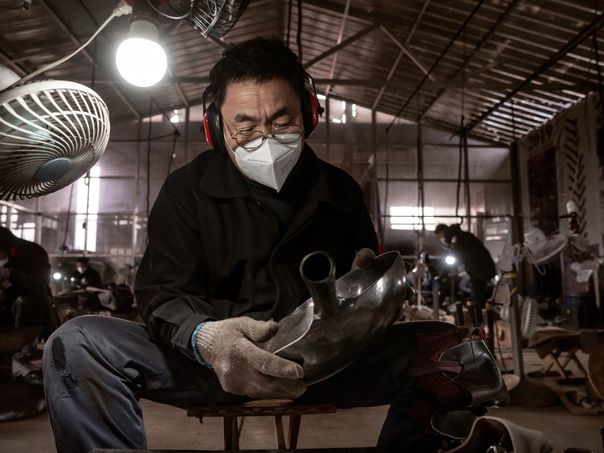 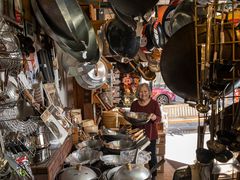 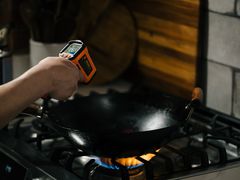 SEVEN RECIPES FROM AROUND THE WORLD 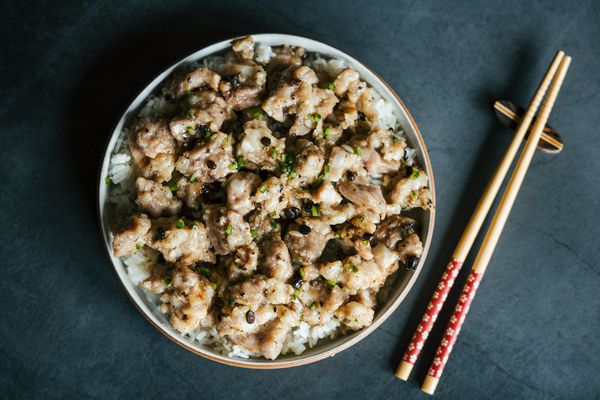 Dim Sum–Style Steamed Pork Ribs
A mineral bath and deep tissue massage can lead to the most tender, flavorful ribs. 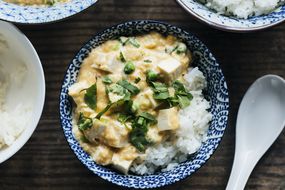 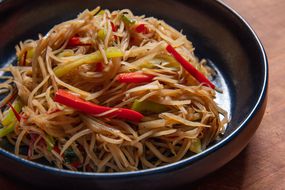 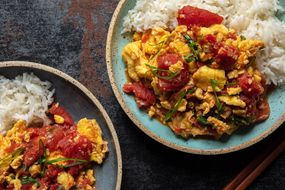 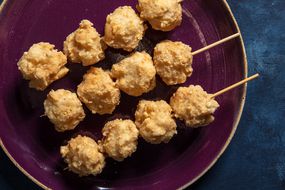 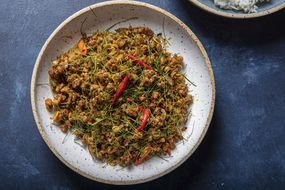 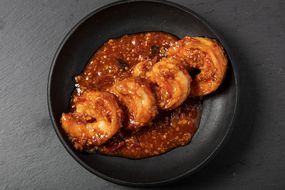 Defined by searing heat and rapid-fire tossing, stir-frying in a wok is unrivaled by other cooking methods, generating complex flavors in minutes.

The shape of the wok makes it ideal for deep-frying at home; its thin walls allow for agile temperature control while the flared sides catch mess.

Perhaps better translated as "simmered," wok-based braises are saucier than stir-fries, but they still come together in relatively short order.

Steaming is one of the gentlest cooking methods. A wok makes it even easier, with a wide shape that can hold racks of dumpling, buns, or whole fish.

With just a little tinfoil, a rack, and a lid, a wok can safely char wood, tea leaves, and more to quickly give foods an infusion of smoky flavor.

More of a step than a start-to-finish cooking method, passing-through par-cooks ingredients for better texture and flavor in the finished dish. 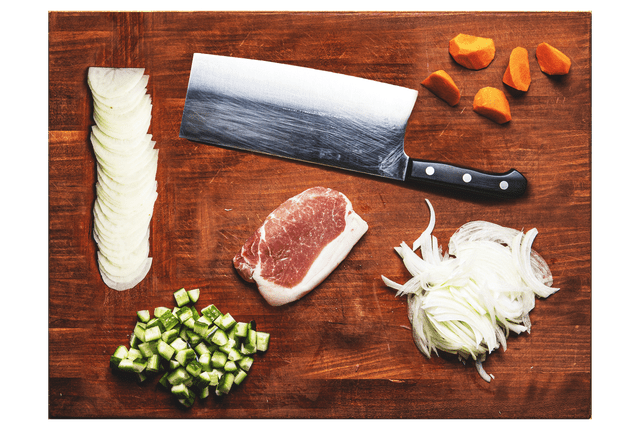 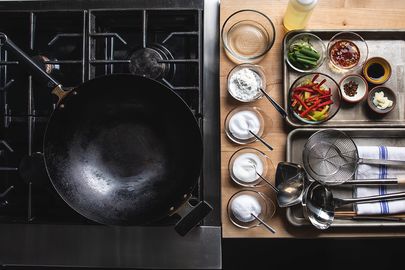 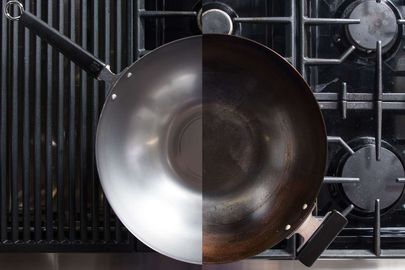 How to Season Your Wok
More 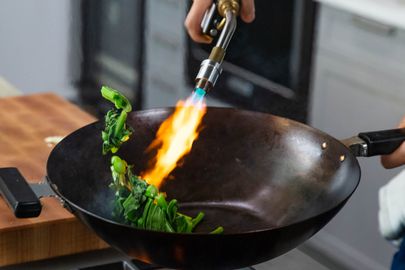 WHAT YOU NEED TO GET STARTED 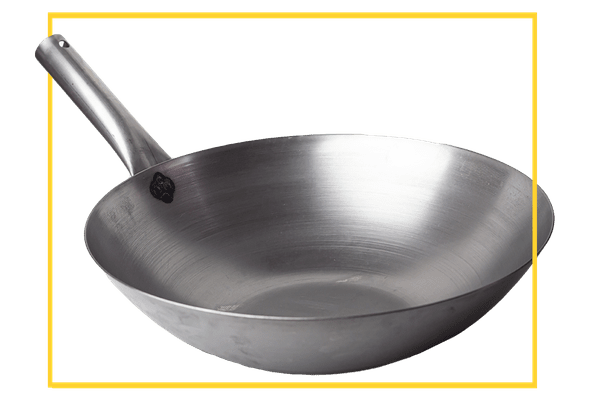