Disclaimer: I apologize in advance if I come off sounding like "one of those whiny vegetarians/vegans who thinks the world is against them" in this post. I don't think that at all. But I did feel a good rant was due, if only to prove that my fiery will and acerbic worldview have not been softened by a lack of iron or animal protein in my diet.

I've noticed something recently, that maybe some of you long-term vegans could help me understand a little bit better: Why is it that as soon as you make one healthy decision, you get questioned for every other decision you haven't made?

To be honest, my health was not even a factor when I decided to go vegan for a month this time around. Admittedly, it did do wonders for me last year: My weight dropped by 11 pounds and stabilized at a much healthier level and my cholesterol dropped a whopping 80 points; My doctor even complained to me that he'd go out of business if I kept going the way I was. Over the course of the last 11 omnivorous months, I've gained back most-but-not-all of that weight and I'll soon find out about the cholesterol (I currently stay vegetarian when off-duty, so I'm assuming it's still at a healthy level).

But in the end, veganism is not by definition a diet based on health. It's a lifestyle based on compassion for animals. That's the part of it I related to, and the reason why I got interested in it in the first place. That it's led me to discover new, delicious techniques and to challenge myself with interesting cooking problems is just a bonus.

What confuses (and yes, sometimes annoys me) is that as soon as I announced my veganism, critics and commenters start coming out of the woodwork, chastising me for not taking it far enough. "Why are you still eating refined carbs?" or "What's the point of being vegan if you're eating deep fried foods?" Folks have even gone so far as to tell me that I'm "half-assing it."

I mean, huh? Since when do vegans have to avoid fried foods or bread or pasta or any food that doesn't contain animal products? Isn't that the whole point of the movement?

I believe it largely has to do with lack of education. Folks who are on diets—whether they are medically-based (like gluten-free diets for those with Celiac disease), health-related (many vegetarians), or ethical (vegans)—tend to get lumped together by both sides. They're lumped together by questioning omnivores because they either don't want to understand the differences between them or are unwilling to put in the effort to care to distinguish them on a daily basis. I myself catch myself doing this. I have a friend who is lactose-intolerant and avoids all dairy products. More than once I've said to him, "hey, you can eat this, it's gluten-free!"

And they're lumped together by diet practitioners who often believe that everyone has joined their movement for the same reasons they have. A vegan who abstains from animal products for ethical reasons may think that a vegetarian is still on a transitional path to becoming full vegan, though perhaps that vegetarian is only following the diet for the health benefits (whether perceived or real).

Confounding the problem is the (completely understandable) frustration that food industry folks face in trying to feed those with restricted diets. For the last decade or so, I've been taking vegetarian meals on airlines whenever I remember to ask for them in advance (I have about a 50% success rate). But about six years ago, I noticed something: many airlines stopped serving real butter in their vegetarian meals. Then the cheese disappeared. Rather than make individual vegetarian and vegan meals for their "special-needs" customers, they decided to make a single meal that could feed them all. Recently, I've had vegetarian meals that were not only dairy-free, but gluten-free as well, now that wheat-free diets have become so popular.

Like I said, it's a perfectly understandable situation. As special cases, we can't expect everyone to bend to our every whim, and airlines and restaurants have got businesses to run. I get it: This diet is my choice, so the burden of feeding myself and making sure I get the meals I need and the pleasure I want is on me, not anyone else.

But still, sometimes I wish I'd get cut just a little more slack. Not every meal a vegan eats has to be perfectly balanced, low carb, high fiber, vegetable packed, etc. Don't vegans deserve to pig out on junk food just as much as any other human being? Can I not eat my potato salad in peace?

Any of you other vegans, vegetarians, gluten-freers, or even empathetic omnivores out there have good stories about dietary confusion or mislabeling? 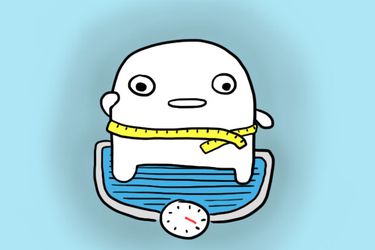