This post is only tangentially about veganism, but it's the veganism that's made me start thinking about it, so I'm afraid you'll have to indulge me a bit. What with having to write a new recipe every single weekday during these four weeks on top of the fact that I'm being forced to work with a completely new set of ingredients, I can safely say that this vegan experience has been one of the most intensive in terms of the amount of time I've needed to devote to recipe development.

I often get asked where ideas for the recipes I write come from, and it's an interesting question to me. For the most part, I think that the world of chefs and recipe developers can be divided into two major camps based on the way they operate. I'll call them the Improvisers and the Tinkerers, the Mozarts and the Beethovens, the Intelligent Designers and the Evolutionists, if you will.

The Improvisers are the virtuosi of the kitchen. The ones with what Ed calls perfect pitch of the palate. Like Mozart, who was known for sitting down and writing down entire symphonies signed, sealed, and delivered without ever picking up an eraser, there are chefs who can be inspired by anything at any moment and can translate these ideas into a dish. They immediately dash to a kitchen, pull out a bit of this and a little of that, and whip up something that's perfectly balanced, flavorful, and executed on their first try. I've worked for chefs like this, and it's pretty inspiring.

When I worked for Ken Oringer at Clio in Boston, every few nights just before service at around 5:30, Ken would come up with a special to run that night on the spot. We always knew it was coming because he'd get what we called "the claw": arm lifted, palm down, fingers curled like the claw of a velociraptor, his eyes squinted half shut as he made his way down the line peering and poking into people's mise-en-place, thoughts churning in his mind.

By the time he got to the end of the line, he'd turn around and give his orders. Sauté station: grab some of that tuna belly from the walk in, keep it on your station, and make sure you have enough parsnip milk and candied lemon zest. Garde manger: give him some of your hearts of palm and that long pepper vinaigrette.

He'd go on, calling for a dozen disparate ingredients from various stations and the whole time we'd stand there wondering how they were going to come together. Sometimes he wouldn't even tell us until the first order was in, and only as we were assembling the plate would things click and you'd say to yourself, oh... I get it now. Turns out he had a plan the whole time, and it was a good one.

This is the kind of rare genius that can leave a cook awestruck—a chef that can deftly juggle and weave a dozen flavors into a cohesive whole all in his head. This is a skill I've never had, and I don't believe it's one you can really practice—it's a talent, not a craft.

I asked Ken recently where he gets his ideas from. His response was this: "Inspiration comes from everywhere. Colors, one flavor, a challenge to create, and the sense of creating the unexpected."

On the other end of the spectrum is a totally different type of cook.

Unlike Mozart and the other great improvisers, as a composer, Beethoven would write, erase, toss out, start over, erase again, and repeat until some of his manuscripts were literally completely worn through with holes from repeatedly writing and scratching sections out.

"A recipe is not complete until you've exhausted all possibilities, fool-proofed it against even the foolhardiest of fools."

For the tinkerer cook, the initial inspiration is only the first step. Recipe testing is a process of trying, failing, analyzing, regrouping, re-testing, refining, and repeating until the final product is exactly how you want it to be. Sure, I'm happy throwing together something quick and easy for dinner, even if it's something I've never tried before, but for the most part, for cooks like us, it's not enough that you made something that tastes great your first try; A recipe is not complete until you've exhausted all possibilities, fool-proofed it against even the foolhardiest of fools.

It's the type of recipe development that requires real field work, a knowledge of how normal people read and cook, and a willingness to devote lots of time figuring out how to make what may end up being only incremental improvements in a recipe. Personally, I feel that the outcome of the latter type of recipe development—the iterative evolutionary model—when properly executed can deliver a finished product that is more interesting, and more perfect (please spare me the semantics of philosophy).

Even home cooks live in the same spectrum, leaning heavily to one side or the other. We all have the friend whose cooking lives and dies by the contents of their spice rack, never making the same thing twice. But we also know the cook who'll follow a recipe meticulously the first time, and slowly stray away from it, making a few minor adjustments each time they cook it until they turn it into a recipe all their own.

For me, as someone who distinctly doesn't have the ability to just throw this and that together (I have about a 30% success rate when I attempt it), inspiration mainly comes from one source: existing dishes. I riff on existing classics and successful combinations.

As a tinkerer, my recipe ideas and development tend to fall into three categories:

Streamlining/troubleshooting. That is, I look at an existing method or technique, figure out what sort of problems it has (this can range to anything from: It takes four days to make. I hate deep frying at home. But I can't get bhut jolokia ghost peppers in cincinnati), then attempt to figure out a way to eliminate those problems to make the recipe more accessible to the average home cook.

Improvements in basic technique. Here, rather than identifying problems, I'll identify strong points and try to emphasize them. I like my beans soft and creamy. How do I get them that way consistently? When I stir fry vegetables, I like them to have a nice smoky flavor and a crisp bite. What steps can I take to ensure that happens? How can I add complexity to my squash soup? Etc.

Flavor profile changes. This is where the vast majority of my weeknight cooking ends up. I'll look at a dish that I know I like, say, dry fried chow fun with scallions and bean sprouts, identify what it is that I like about it (the char on the noodles and vegetables, the balance of salty and funky/fermented flavors, etc), then swap out ingredients and change ratios, all the time keeping in mind exactly what it is that I liked about the original.

This method is a fantastic way to get meat-based recipes to transition successfully into vegetarian/vegan recipes. Note that this is not the same as a simple copy/paste swap out between meat and a vegetable.

For instance, take the sandwich I made yesterday. It's based on a muffuletta, but it wasn't as simple as removing the meat and cheese and shoving a vegetable in there in its place. You have to think to yourself exactly what it is that made the meat and cheese work so well in the first place. For me, the success lay in the texture—moist and compact, but still toothsome and giving, and the balance of flavors—funky, salty, sour, herbal, and a few dried fruit notes from the well-aged cured meats. Juicy, garlicky broccoli rabe braised in a dry white wine provide moisture and texture, roasted peppers a bit of fruity tartness and smoky depth, marinated artichoke hearts are herbal and funky, and sun dried tomatoes have that dried fruit thing going. Stick'em together, and—hey!—you got something that works just as well as the original and for all the same reasons, while simultaneously being brand new.

The best bites of the nachos are the ones that balance crunch, creaminess, moisture, savoriness, heat, and bright acidic bite, so for my Vegan Frito Pie, I made sure to hit all those elements with every bite, despite not using the same ingredients you'd find in a classic Frito pie.

You get the picture. The difference between the two types of cooks really comes down to intelligent design vs. evolution. Some of you may fall into the demi-god-like category of the former, and I greatly admire you. Most of us probably fall into the latter, and you know what? I admire you even more, quietly tinkering away, making tiny improvements that over time can grow a small idea into a complex and wonderful cuisine. Western-style vegan food is still very much in the nascent stages of its development. On the evolutionary timeline, we've barely made it past multicellular organisms, but we're just getting rolling, and we've already seen some pretty great things along the way. 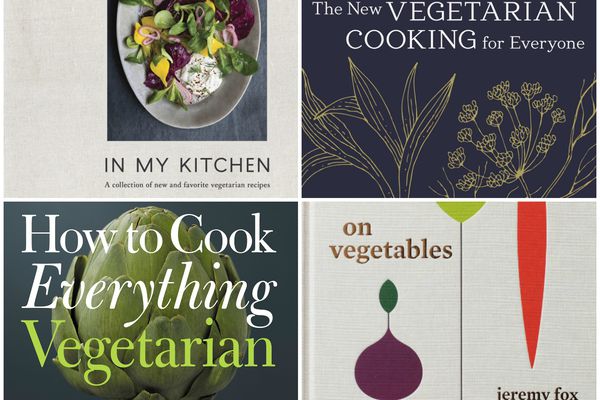 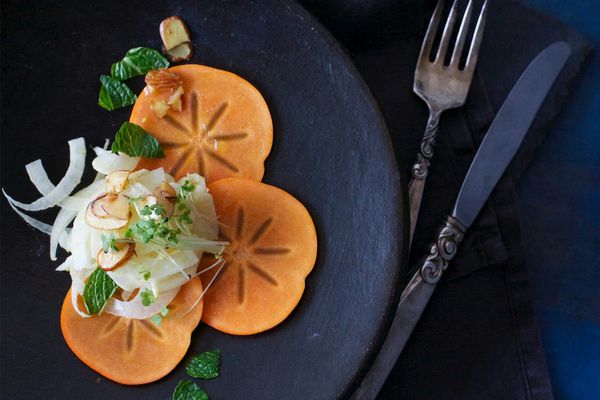 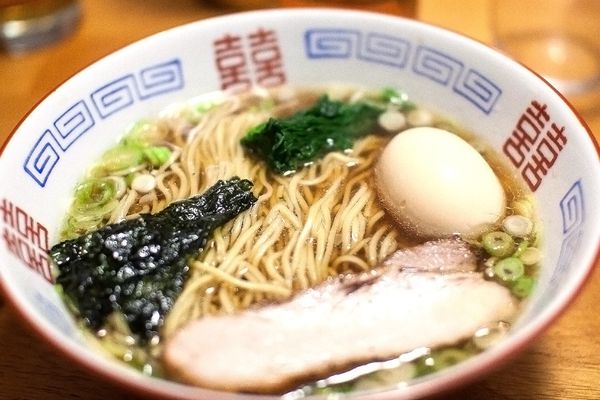 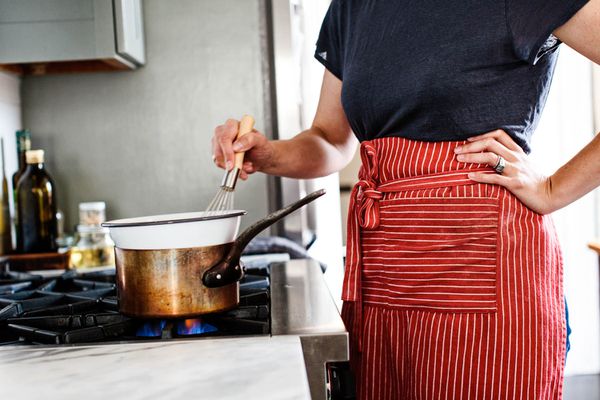 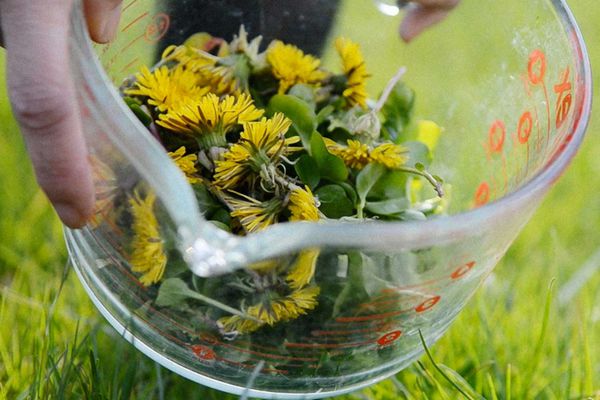