I eat meat, a lot. It's my job. I write about burgers. I tell people how to cook steaks. I fry a half dozen turkeys at a time. It's just what I do.

Granted, on a day to day basis outside of work, I consume mostly vegetables accented with a little bit of meat here and there. You'll rarely find me cooking a steak unless I'm going to photograph and write about it.

But when I tell folks that I'm going vegan for a month, I get a pretty wide array of responses:

Now, I'm not saying this to pick on vegans—I'm telling you because it's precisely why I feel like it's an interesting project to take on.

There are plenty of socially stigmatized groups in the country. Depending on where you live, everything from your sex to your skin color to your sexual orientation to your religion (or lack thereof) can make life more difficult for you. While I can't pretend that the societal troubles a vegan faces are necessarily on the same level as these other groups of people, it still remains one of the few stigmatized groups that you can voluntarily join. It's a choice you make, not something thrust upon you.

But the question is, why choose to do it in the first place? Certainly health is not the reason. There are folks who understandably go vegetarian for health reasons—numerous studies have shown that cutting animal fats out of your diet can reduce your risk of various cancers and heart diseases and increase your lifespan. Taking the next step and cutting out secondary animal products like eggs, dairy, and honey, however, doesn't have the same sort of health benefits and can actually lead to tricky dietary situations (which we'll get to in a moment).

A Strict Diet of Philosophy

"veganism is more than just about health. It's a political diet."

No, veganism is more than just about health. It's a political diet. The term itself was created by Donald Watson, who founded the Vegan Society in 1944, a British group that lived by "the doctrine that man should live without exploiting animals." For most vegans, the fact that an arguably healthy diet results from their politics is merely incidental. A silver lining to be sure, but not the main goal of the movement—a movement which currently claims 3% of the population as members.

I've thought long and hard for many years about where my meat comes from, and having regularly slaughtered my own chickens, caught my own fish, butchered my own animals, and hunted my own deer, I can say with full confidence that I am comfortable with my meat eating. 100% comfortable? Absolutely not.

You'd have to be a totally heartless bastard to be able to look at a live deer and pull the trigger to a shotgun aimed at its heart without feeling a twinge of compassion. But in the end, it's a personal decision as to whether or not the pleasure you get from eating meat outweighs the taking-a-life factor.

For me, I gain immense pleasure from eating meat and from the challenges that cooking it presents to me, yet at some level, I've always thought to myself that as an animal lover, shouldn't I be willing to sacrifice at least a bit of my lifestyle in order to allow them to keep theirs?

Of course, the issue is not this cut and dry. Unless you're growing your own vegetables, even as a vegan you're still responsible for the animals harmed during mechanical harvest, for instance. There's also the argument that many of the animals on earth today wouldn't even exist if it weren't for the fact that we eat meat. Or how about the fact that given an animal is well raised and slaughtered in as painless a way as possible (i.e. animal husbandry in the true sense of the word), it's likely to live a far better existence than it would without our protection and promise of quick of a quick death?

Move down the chain to non-mammals and the answers to the questions become even more heavily weighted. For instance, does a lobster really feel pain? Does a fish suffer? Do bees mind if we use their honey?

Veganism is really the philosophy that if we can't answer such questions, it's better to err on the side of the animals. It's a very intelligent movement, one with well thought-out tenets and a firm grounding in reality, unlike, say, raw foodism or holistic medicine or any other practice that relies on pseudo-science and poorly reasoned philosophy.

Despite disagreeing with them, I respect vegans for their convictions, and I want to know what makes them tick.

This diet is not about making a vegan out of me. I'm not really interested in converting. So if I don't believe in what veganism preaches, why would I choose to follow the diet, if only for a brief period of time? There are a few reasons, though curiosity is the driving force. I want to know what it's like to live the life of a vegan, to face the challenges they have to face both practical and social, if only to understand that part of our society and that little niche of the food world more clearly.

Over the next four weeks, I'd like to explore a few different questions that come up when discussing veganism:

Amino acids are the basic building blocks of proteins. Many of them can be synthesized in our own bodies from smaller molecules but 11 of them, dubbed the "essential" amino acids, must be consumed from an outside source. Meat, with its animal protein so similar to ours, is a rich source of essential amino acids. Vegetables and legumes, not so much. A vegan has to be aware of not just getting enough protein, but of getting enough of the right kinds of protein. This means carefully watching everything you eat.

Other things to watch out for are Omega-3 fatty acids, Vitamin B12, Calcium, and Iron, to name a few.

Hard to say, and honestly, hard if not impossible to answer. Will I, as a meat eater still feel better after going on a vegan diet? We'll see.

Starting tomorrow, for the next four weeks, I'm going to adopt a completely vegan diet. No more chicken wings, no more cheese on my pizza, no more beef in my burgers, nothing. During this time, I plan on purposely putting myself in as many different scenarios as possible to try and get a wide grasp of what the lifestyle is like. I'll cook at home for myself. I'll cook at home for my wife. I'll throw dinner parties. I'll host regular parties with vegan snacks.

I'll attend dinner at friends' places without asking them to cook me a special meal. I'll attend dinners with asking them to account for my dietary choices. I'll go out to vegan and vegetarian restaurants, both low and high end. I'll go to regular restaurants both low and high end. I'll eat cheese-less pizza and veggie burgers. I'll even do the unthinkable: eat a couple meals made with faux meat (the horror!).

And through it all, I'll document what I eat, where I eat, and who I eat with, along with keeping a careful log of my health, my weight, and how I feel every day. I'll also be working on vegan recipes for every single weeknight during the process, so if any of you want to come along with me on this little trip of self-exploration, I'll try and help provide some fodder for you to do so a bit more easily and tastily. 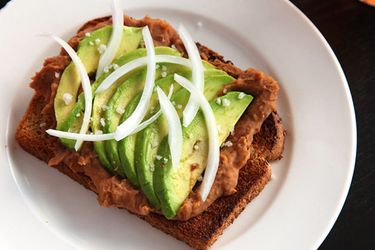