I can't explain how I've managed to stay interested in mixology this long without ever getting around to mixing myself a drink as enticingly named as the Suffering Bastard.

The drink's genesis can be traced to the Long Bar at the Shepheard Hotel in Cairo. As the story goes, in the late 1940s, the Shepheard's bar steward was Joe Scialom. One day in 1947, according to Esquire, Scialom was desperate for a hangover remedy and the Suffering Bar Steward (soon somewhat sloppily rechristened as the Suffering Bastard) was the result.

There are a number of recipes for the Suffering Bastard floating about. Some are merely Mai tai variations with extra rum, while some call for brandy instead of bourbon, and others for rum. Today's drink historians generally settle on bourbon as one of the two base spirits, along with a shot of gin. The drink is then leavened with the healing powers of lime juice and bitters (the lime juice can range anywhere from a teaspoon to an ounce) and lengthened with a good dose of ginger ale.

Since I'm just now crossing it off my list, I can't say if the Suffering Bastard lives up to its reputation as a hangover buster. I can say that on a lazy evening, with one of these in front of you, "suffering" is about the last word that comes to mind. 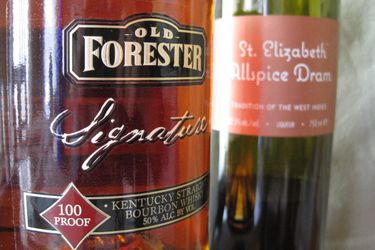 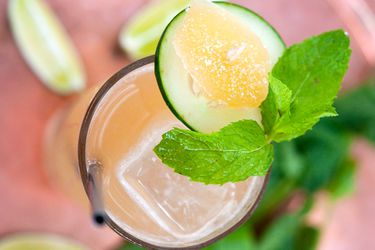