Despite Philadelphia’s reputation as the "Cheesesteak Capital of the World," there's one food that's even more ubiquitous in the City of Brotherly Love: the Philly soft pretzel.

Thicker, doughier, and more elongated than your traditional soft pretzel—the ones limited to baseball-stadium concession stands, movie theaters, and food carts in most other cities—this beloved staple can be found at pretty much every corner store, local sporting event, and cafeteria in the greater Philadelphia area. They’re sold in elementary schools and high schools during lunch, by vendors stationed throughout Center City, and at Wawa convenience stores. Volunteer firefighters hawk them at stoplights to raise funds for their departments, and local businesses buy them in bulk as employee treats. Even regional Walmarts sell them. And, of course, there are the dedicated, stand-alone pretzel bakeries that have been baking them fresh, first thing in the morning, for decades (often along with variations, such as pretzel rolls and braids). The Philly pretzel is a sight as familiar to the Philadelphian as The Franklin Institute Science Museum or the Delaware River.

It's said that Philadelphians (this includes those who live in the greater suburbs, and South Jersey folk like me) eat more than 12 times as many pretzels as the average American. A wide variety of pretzels and pretzel-adjacent snacks—grocery store SuperPretzels, sourdough hard pretzels, chocolate-covered pretzels, and peanut butter–filled pretzels—are made around Philly; even Auntie Anne's Pretzels originated at a farmers market just outside the city.

Philly pretzels come in rows of five or more paper clip–shaped, pull-apart coils, their burnished brown crusts speckled with flakes of salt. Every local can immediately call to mind the distinct pleasure of biting through the outer shell (sometimes crisp, though often "just cooked") and sinking their teeth into the thick, chewy, soft interior of a still-warm pretzel as the savory scent of freshly baked dough fills the air. But ask that same local to describe what makes the Philly pretzel’s taste and texture unique, and you’ll get a fuzzier answer, laden with je ne sais quoi (but frequently meandering back to "doughy" and "dense"). In other words, Philadelphians talk about their pretzels the way they might talk about the ineffable charms of a soul mate. "The way people in the Philadelphia area love their soft pretzels reminds me of New Yorkers and their love of bagels," says Susan Heim Kelly, a South Jersey transplant who now resides on Long Island, New York.

The histories of Philadelphia and the pretzel are so intertwined that at one point in the early '90s, Philly was home to its very own pretzel museum. But how did pretzels become such an integral part of Philadelphia’s culinary and cultural fabric?

Though most sources agree that the first pretzel ever was created by a western European monk around AD 610, it took until roughly the 18th century for the laugenbrezel—the typical Bavarian pretzel that’s dark brown, soft on the inside, and crispy on the outside from the application of a lye solution—to appear in North America.

According to the folks at Julius Sturgis Pretzel Bakery, Palatine German immigrants (now known as the Pennsylvania Dutch) brought pretzels with them to the New World as early as 1710. However, it wasn’t until 1861 that the Sturgis bakery, which claims to be America's first commercial pretzel bakery, finally opened its doors in Lititz, Pennsylvania, in the heart of bucolic Lancaster County. For years, the company shared a story that in 1850, a hobo riding the rails hopped off near a bakery in Lancaster County and exchanged an age-old pretzel recipe for a meal, but it recently admitted that this jawn was a myth. Instead, the company simply fine-tuned and perfected an existing recipe, creating one of America’s favorite snack foods in the process. Soon enough, this European-style soft pretzel would take over America's ball parks, snack stands, and food courts.

At the same time, however, a new offshoot of that pretzel was also emerging: the Philadelphia soft pretzel. Though details on its evolution are murky, what we know for sure is that the Nacchio family's Federal Baking Company in South Philadelphia is a bona fide front-runner for the honor of having created the distinct Philly pretzel style. In the 1920s, the bakery—later renamed the Federal Pretzel Baking Company, and now a part of South Jersey–based conglomerate J&J Snack Foods—began using conveyor equipment to bake pretzels in bulk: Rods of dough were hand-twisted into elongated figure-eight shapes, squished against one another, and run through an alkaline soaking solution before baking, resulting in a string of soft pretzels that had to be pulled apart before eating. The Nacchio family even started selling them to local schools, thus instilling in Philadelphia-area students an undying love for the company’s pretzels.

"For anyone that grew up here, that love of soft pretzels is tucked somewhere way back in their memories," says South Jerseyan Gerald "Gerry" B. Shreiber, J&J's founder and president. "They stir up endorphins that take you right back to childhood."

Like most area natives, Tom Monaghan discovered the city's beloved soft pretzel at a young age, snacking on them after Little League games played in northwest Philly's Roxborough neighborhood. Today, Monaghan is the chief development officer at Philly Pretzel Factory, a franchised bakery with 174 locations in 19 different states. The Factory's pretzel party trays are a standard at hospital conferences, school gatherings, and company social events, and each franchise's ability to bake hundreds of pretzels to order makes Philly Pretzel Factory a go-to for local fundraisers.

"Philly and South Jersey expats are always the first ones to show up at our out-of-state openings," says Monaghan. "They help us spread the Philly love." Still, as the Factory continues expanding across the US, some dyed-in-the-wool Philadelphians question the authenticity of its pretzels.

This raises the question: What actually defines a Philadelphia soft pretzel? A good Philly soft pretzel has the perfect skin-to-dough ratio—about four times as much doughy interior as thin exterior—and, when eaten straight from the oven and almost squishy inside, seems to melt in your mouth. That softness is what distinguishes the Philly style, and it can make the traditional soft pretzel sold in other states seem almost hard in comparison.

But is it important that a Philly soft pretzel be produced and eaten in the city? It depends on whom you ask. As Shreiber sees it, "Some things—like Philadelphia soft pretzels—don't travel well. It's just such a part of Philly culture." He isn’t alone in that assessment. While there are those who think it’s the ingredients, most notably the "wudder," and the technique that make a Philadelphia pretzel, others believe it's impossible to separate the people of Philadelphia from the pretzels themselves. "It isn't a Philly pretzel because somebody puts the name ‘Philly’ on the bag," says Erika Bonnett, whose family has owned and operated South Philly's Center City Pretzel since its opening more than 37 years ago. "It comes from a family of hard workers, who've put their lives into making pretzels for nearly four decades with nothing but their customers and each other in mind."

For still others, an abiding preference for a Philly soft pretzel baked in Philly is driven by pure nostalgia. Family-owned and -operated Furfari's Soft Pretzel Bakery is located in the city's Fishtown neighborhood, where it's stood for nearly 60 years. To this day, each and every pretzel is still twisted by hand. "My husband grew up right around the corner [from Furfari's]," says South Jerseyan Carey Collins-Harris. "He will still drive over [the bridge from New Jersey] to get them straight from their oven, fresh and warm."

The question of whether you can take the pretzel out of Philly without taking the Philly out of the pretzel remains unanswered, but despite the debate, it’s clear that you don’t have to be a local to be a fan.

"I don't think it's simply Philadelphians and South Jerseyans who are enamored with [Philly] soft pretzels," says Lisa Furfari Barb, Furfari's social media administrator. "Anyone lured into the bakery by the aroma of baking pretzels is thinking, 'Can I get some mustard and a soft drink to go with that?'" 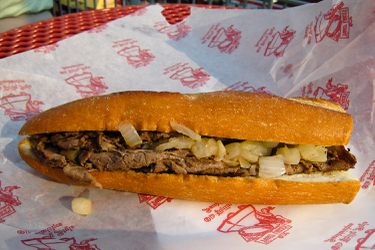 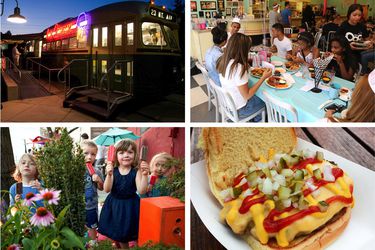 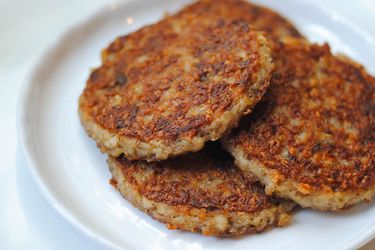 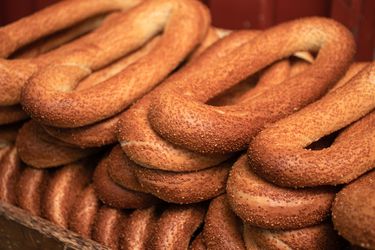 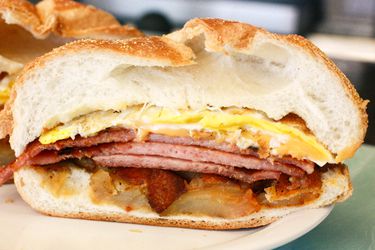