Even among the craft beer cognoscenti, sour beers were something of a rarity just a few years ago; the New York Times noted that less than a decade ago, sour beers of all sorts could only muster up 15 entries at the Great American Beer Festival. Last year there were 149, in four separate categories—certainly an indication of growth.

While it's true that the majority of sour beers available today are of Belgian origin, (and there is much variety among those) there is plenty of historical precedent elsewhere for sour styles of beer.

How did those sour flavors come about in the first place? Medieval European brewers relied on spontaneous fermentation—that is, wild yeast (and other friendly bacteria) would turn their wort into beer. Flavors would vary depending on the local environment's yeast population, but over time, many of these 'good' sour styles became standards. After the discovery of yeast in the 19th century, most commercial brewers switched to carefully-managed yeast strains, added under highly-controlled circumstances, while a number of small-scale producers stuck with open fermentation.

The souring 'agent' in many modern lambics (and Belgian sour beers in general) is usually Brettanomyces, a yeast that imparts an unmistakable 'barnyard' quality. Nowadays, many brewers add it (or encourage its growth) on purpose. But there are other sour beers with different origins, and with quite different flavors.

Gose is thought by some to be more than 1,000 years old (though more reliable records suggest it became a more-or-less recognized style in the 18th century), and, until recently, this salty-but-refreshing beer was experiencing a speedy decline.

Like its tart Belgian cousins, Gose was probably first produced using spontaneous fermentation (and the salty character may have arisen from salty springs that provided early brewers their water); later, lactic acid added the sour kick, and salt and coriander were added to the wheat and barley malt before fermentation. Traditionally, Gose was fermented in barrels, then moved to a distinctive long-necked bottle for secondary fermentation, where the beer created its own 'stopper' out of yeast.

Originally brewed in the small town of Goslar on the river Gose, it became so popular in 19th century Leipzig that it became associated with that city. But history was not kind to Leipzig and its adopted beer style; by the 1960s, its Gose breweries were gone. Although there were some attempts to revive the style, it remained largely off the shelves until the 1980s. It is now produced by three German breweries: Gasthaus & Gosebrauerei Bayerischer Bahnhof, Familienbrauerei Ernst Bauer in Leipzig and Brauhaus Goslar in Goslar.

Gose is also interpreted by a few American brewers, including The Herkimer in Minneapolis and Cascade Brewing in Portland, Oregon. It was once common to add a shot of aquavit or sherry to this low-alcohol beer style; nowadays, it's an ideal session beer.

While lacking the round saltiness of Gose, Berliner Weisse is similarly tart and refreshing, and is also produced using wheat. This once-popular style has also been making a comeback after a near-disappearance. This effervescent, pale yellow beer typically has such a sour taste that is offset by adding Waldmeistersirup (woodruff, giving the beer an occasionally-alarming green color) or Himbeersirup (raspberry syrup). While it usually comes by its sourness via lactic acid, it's also possible that there is just a hint of Brettanomyces in some varieties—more research on the history of the style would not go amiss.

There is some evidence that Berliner Weisse actually developed in medieval Hamburg, but like Gose in Leipzig, it was adopted as the most popular hometown drink of Berlin. Indeed, the association is so ingrained that it is now a protected appellation—German brewers outside Berlin making similar beers cannot call their product a Berliner Weisse—perhaps the nearly-vanished (and more-or-less identical) Bremer Weisse will be the Next Big Thing?

Likely owing to its perfect-for-summer quality, Berliner Weisse (and creative takes on the style) is a bit easier to find in the US than examples of Gose. Traditional German varieties from Berliner Kindl Brauerei, Gasthaus & Gosebrauerei Bayerischer Bahnhof and Professor Fritz Briem can typically be found, and American versions are available across the country. Nodding Head Brewery brings theirs out every summer, and last year offered up a special edition using agave instead of woodruff or raspberry. Dogfish Head's Festina Peche uses peach for the same purpose, while New Belgium has gone to another extreme and created an 'imperial' Berliner Weisse.

Given the sheer number of American breweries, it is not surprising that sour beer styles have become popular over the past few years; a growing number of sophisticated drinkers combined with brewers who are looking to experiment beyond the 'standard' offerings have combined to create something of a trend. Reviving historic styles that especially appeal to the warm-weather beer drinker is also a wise decision at this time of year—it's hard to beat a refreshing Gose or Berliner Weisse on a hot day. There's more to the sour scene than Belgian styles, and hopefully, more German sour beers will be revived in the coming years. 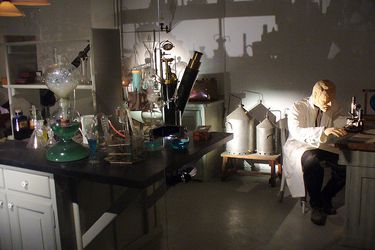 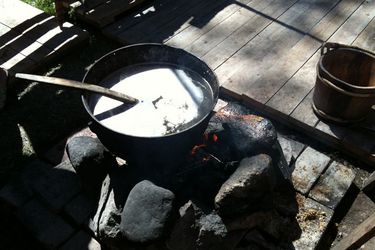