As I mentioned on Wednesday, the Mexican spirit known as sotol can be hard to track down in the U.S., and cocktail recipes calling for sotol—well, those are pretty much nonexistent.

But sotol and its cousin, tequila, aren't really so different; sure, they're made from different (though related) plants, but flavorwise they're quite similar, so it's simple enough to plug sotol into recipes that ordinarily call for tequila, especially those for spirit-forward drinks in which the nuanced flavor has a better chance to shine. Here's an excellent drink originally made with anejo tequila that's also worth trying with the gentle richness of aged sotol: the Nouveau Carré.

Inspired by the New Orleans classic Vieux Carré, the Nouveau Carré adds a couple of tweaks to the recipe, not only substituting anejo tequila for rye and cognac, but swapping the original's sweet vermouth for the light orangey brightness of Lillet.

Two remarkably similar versions of this drink exist, one from Jonny Raglin in San Francisco (at Absinthe at the time the drink debuted, Raglin now helms the bar at Comstock Saloon), and the other from Kacy Fitch at Zig Zag Café in Seattle; the recipe below splits the minor differences between the two, and also offers the alternative of substituting anejo sotol for the drink's original anejo tequila. 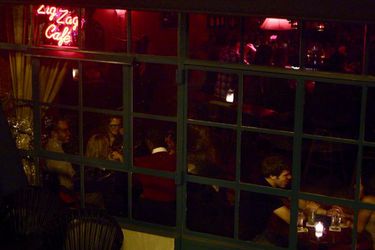