I used to think that the best usage for beef tongue in Mexican cuisine was tacos de lengua, but that just goes to show you how little I know about tongues. Turns out I like tongue cemitas just as much as tongue tacos, if not more.

A cemita is a class of Mexican sandwich with meat, avocado, white cheese, onions and some sort of red sauce, usually on a sesame seed roll. Regional variations abound.

Now of course my favorite versions of cemitas have either headcheese, tongue, or fatty chorizo. Especially tongue. Put chunks of crispy browned tongue in between those slabs of avocado and cheese, and I don't know if there's a better bite of food out there.

There could be as-good, or maybe incomparably good bites of food, the latter if you tried to compare, for instance, ice cream with tongue cemita. That is what my one of my old philosophy professors would have called, beyond stupid, you neophyte, you ingrate. I thought I'd be low-maintenance about what went into a tongue cemita. But it turns out that I have some pretty finicky preferences when it comes to how to put together the perfect cemita lengua.

First, the surface of the tongue has to be dark brown and crispy. That's a no-brainer. More textural contrast equals good. I've had tongue cemitas for which the cubes just sort of sit there, growing ever softer from the internal heat of the sandwich, so by the time you are halfway through, both tongue and bread are unpleasantly soggy.

Second, I don't like too many herbaceous frills or extraneous sauces. Some cemitas I've eaten at Mexican places come with hoja santa, an herb that has a licorice-like flavor, and some come with a lot of spicy and sweet red sauce. I like neither, really, on my cemita lengua. I think it detracts from the tongue, which is so good that it doesn't need too much embellishment.

What it could use, however, is a little help in the texture department.

For creaminess, I like slices of avocado and black beans, which can be mashed, if you like. (Robyn has written about this cemita lengua in Brooklyn, which does a black bean mash that's really good.)

For richness and a bit of tang, lots of crema. I never skimp on the crema. You're already eating a rich and fatty organ, so go all out here.

Besides that, the usual suspects go in: cheese, shredded iceberg, and slices of tomato. I'd squeeze a little lime over the whole thing, if I had it my way.

The only part of a tongue cemita for which I am open to compromise is, ironically, the cemita part. If you happen not to live in an area with a panaderia, or some kind of access to Mexican breads, you can substitute a sesame roll or a hero roll that has an equally dry-crisp crust, and a somewhat fluffy interior. It's maddening, I know. But I just like my cemita the way I like it. 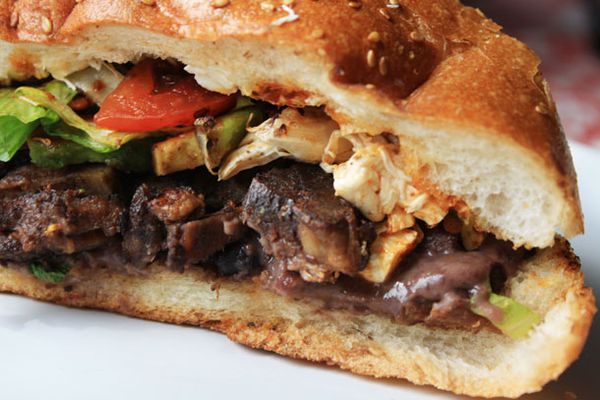 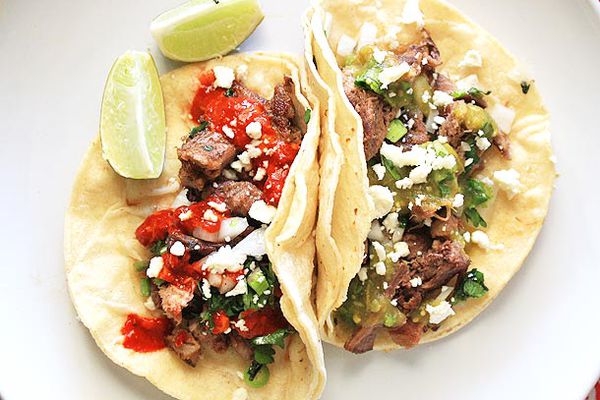 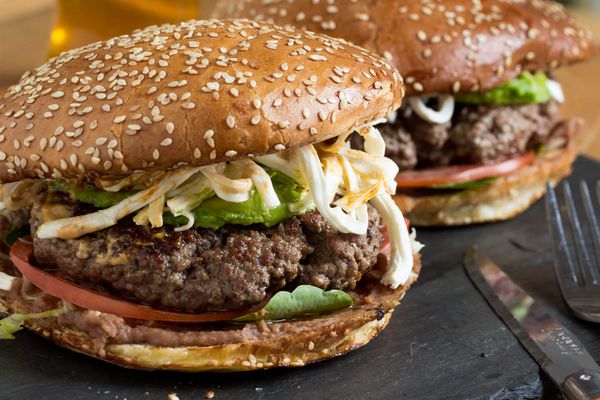 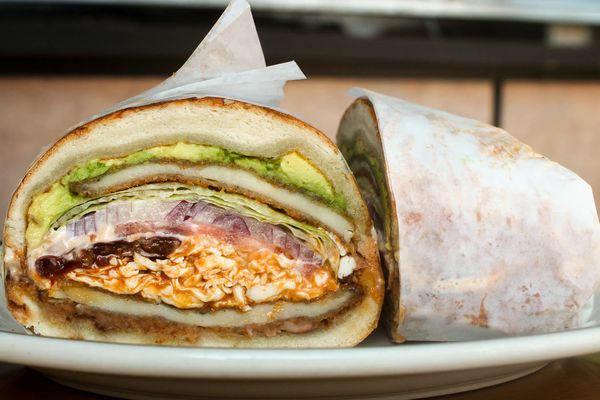 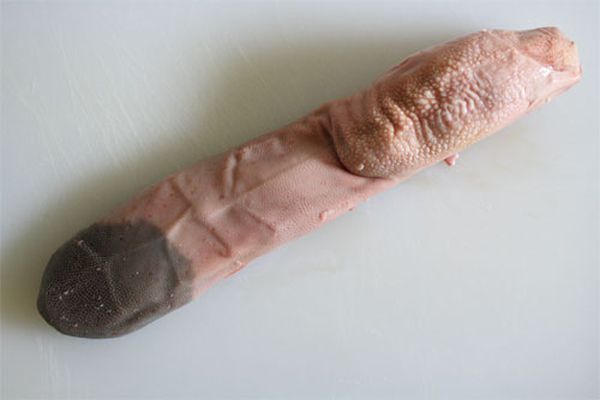