On a recent warm Friday night, I had the good fortune to while away the time in the company of friends out on their deck. The theme for the evening was a Man-B-Q, a barbecue in which, as our host announced, "No girly things, such as vegetables, utensils, or napkins," were allowed. Guests were encouraged to bring side dishes to the Man-B-Q, as long as they were "meaty comestibles" to accompany the meat that would be grilled throughout the evening.

What to bring to a Man-B-Q? The men I know love things like smoked ribs and beefy steaks, but then again, so do I. As I stood before my refrigerator and contemplated what to do, it dawned on me that the only logical thing to bring to a Man-B-Q is some part of a man. As luck would have it, I just happened to have a pair of testicles sitting in my freezer.

The testicles are also referred to as testes; the singular is testis. In Latin, the word testis means "witness"; in ancient Rome it was the custom for men to place one hand on a testicle when taking an oath in court.

Not all gentalia is good to eat. As some readers may recall, in February I wrote the Valentine's Day edition of the Nasty Bits in which I tried my best to make bull penis palatable, but to no avail. Penis is often made into chew toys for dogs because it is nearly impossible to digest unless it's stewed for a long time, in which case the vascular tissue breaks down into a gluey, flaccid mess of a dish with virtually no flavor.

Testicles, on the hand, are extremely good to eat. Bigger is not always better. Duck testicles, which take the size and general shape of kumquats, are more tender and delicately flavored than those of lamb, which are more like small avocados. While duck testicles do not taste particularly ducky, lamb testicles are unmistakably lamby with a pungent, grassy smell and a offal-intensive taste that's akin to stomach. Their texture is almost identical to that of a succulent scallop.

There are two main options to consider when cooking lamb testicles. If you are primarily concerned with flavor, then grilling the testicles imparts a smokiness that complements the gamey undertone of the glands. Grilling also offers the advantage of retaining the testicles in their whole form. The outer membrane not only crisps and chars on the grilll, it also keeps the testicles juicy as they cook.

If you're seeking more textural contrast, batter them in eggs and panko crumbs. They can either be deep-fried for classic Rocky Mountain oysters, or pan-fried in a heavy skillet. 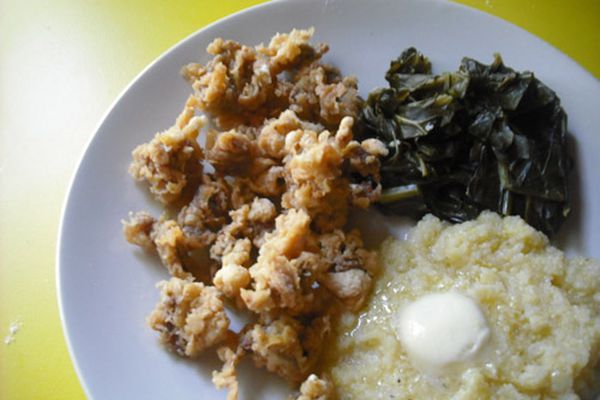 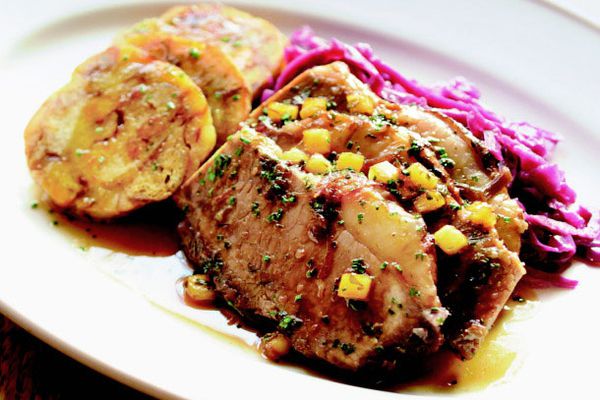 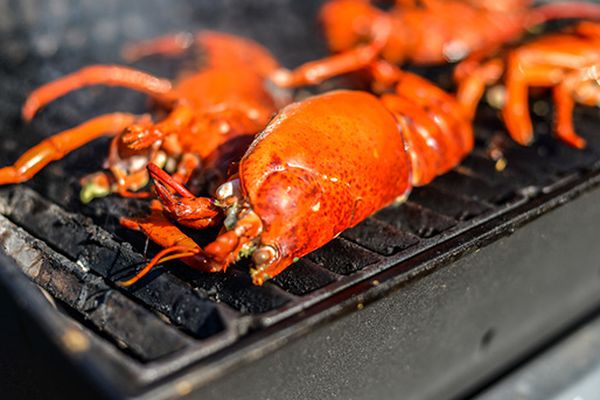 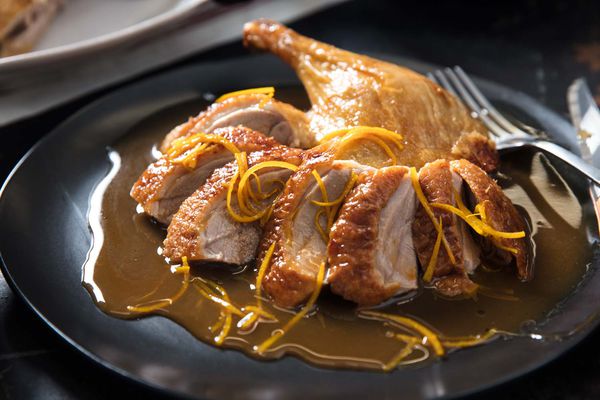