Just like, though I have already purchased, photographed, cooked, and eaten this organ, I'm mostly, but not entirely certain that these are thymus gland sweetbreads. Sweetbreads, to clarify, are a culinary term that refers to two very different organs—the thymus glands and the pancreas, the latter which is often called the "stomach sweetbread," though of course, the stomach and the pancreas are different.

I'm about 95 percent sure these are the heart sweetbreads from the thymus glands of a calf. Evidence in support of this claim: A) The part was flatter than throat sweetbreads, and very much resembled a heart; B) Thymus sweetbreads tend only to come from young animals, humans included, because the organ shrinks post adolescence.

On another point, the venerable Mr. Frost is correct. Sweetbreads and brains are in no way related, though the mistake is understandable. Both are vein-y and white and lumpish. Both are creamy. In the kitchen, sweetbreads and brains are suited for the same kind of preparations: poaching, followed by deep-frying or pan-frying. Yet sweetbreads, containing gelatin and albumen, are much firmer in texture, so much so that I often forgo the poaching and cook them as-is. The texture is looser, which I enjoy. You can sauté or pan-fry the sweetbreads with whatever flavors you like. This time, I used mustard seed and turmeric, sautéed with plenty of onions and chili peppers, for a vaguely Indian preparation that tasted nice with fragrant basmati on the side. 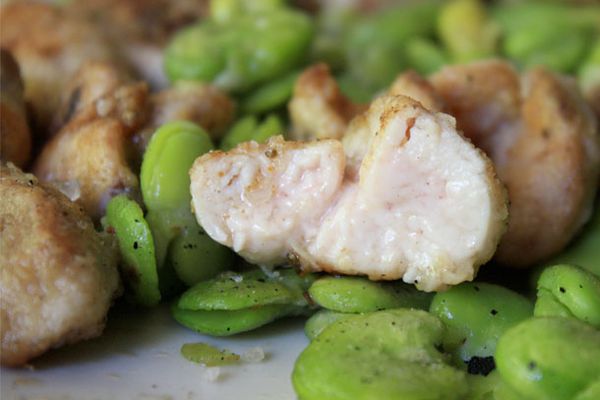 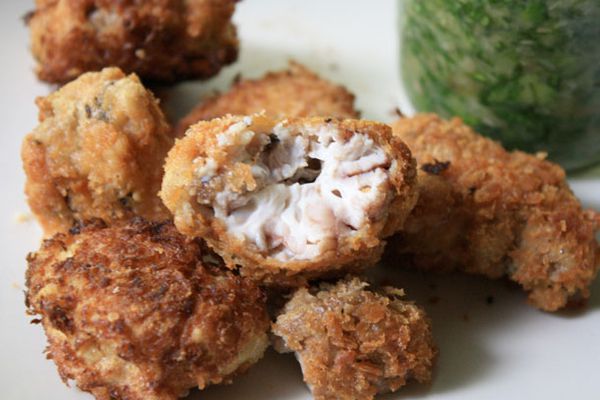 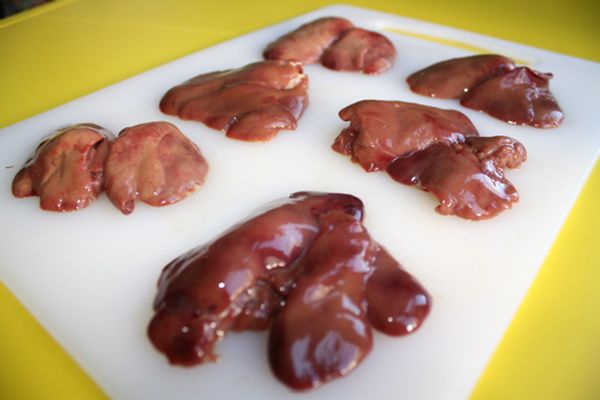