The sopes contained chicharrones simmered until very tender and sopping with the juices of tomatoes and tomatillos and chilies. You get the crunch of the corn patty, the softness of the chicharrones, the sauce that pools and spreads to the rims of the sopes. Also, queso fresco. And crema. So many delicious things piled into one little corn vehicle.

Naturally when I got home I set out to replicate the feel of the dish. The kind of rinds at La Gloria are an involved affair, and I couldn't wait that long to eat more cracklings. It was the perfect excuse to buy my beloved deep-fried pork rinds, the sort you can get at Mexican grocery stores (or, yes, I have even succumbed to their siren call at Walmart and gas stations all over the country.)

I recreated chef Hernandez's sauce, smoky and spicy with these canned chili in adobo (one of my favorite last-minute additions to a stew). Then I added the cracklings. Over multiple batches, I've found that my preferred cooking time is about three minutes, from when the chicharrones hit the sauce until you serve them. Cooked for such a short period, the cracklings retain a bit of their crispy deep-fried goodness. 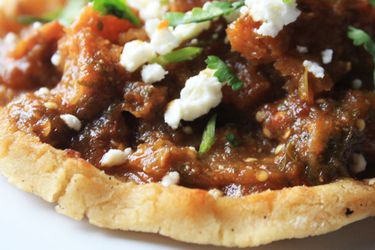 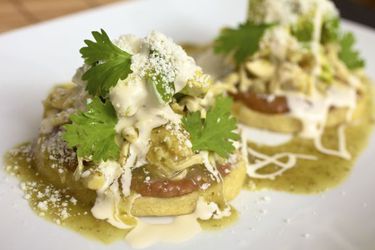 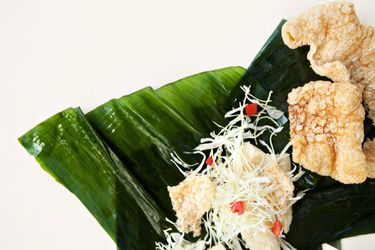 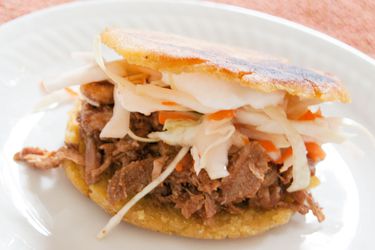