One of my favorite activities is boiling bones. On cold nights I get the pot going on the stove, I throw in a few pounds of whatever bones I have on hand—carcasses from roast birds, pork bones, hock bones, you name it—and I bring the water in the pot to a rollicking boil.

During the winter months I boil so many batches of bones that the kitchen seems always to be in a haze of meaty steam.

When the soup has been boiling for a while, the fat emulsifies with the water.

This stock is nothing like the clear and light broth that you would get if you simmered the bones instead of boiling them. If this stuff came in a can, would be called cream of pork.

In fact, this stock is so thick and pale from the emulsified fat that it looks, and tastes, a little creamy.

If, on the other hand, you happen to have a pile of bones leftover from a roast, and there is nothing palatable about them, then boil the heck out of your bones.

You will feel as though you are getting something from nothing, to take a pile of carcasses and turn it into a liquid worth sipping. There is something very alchemic about the whole process, so much so that you may find yourself squirreling away all the bones you can get just to have something to boil later on.

And during this time of year, you may not need to work as hard to get your hands on some bones. Roasts and whole birds are so prevalent during the holidays. All you need to do is keep an eye out for when the carcasses are being taken away. 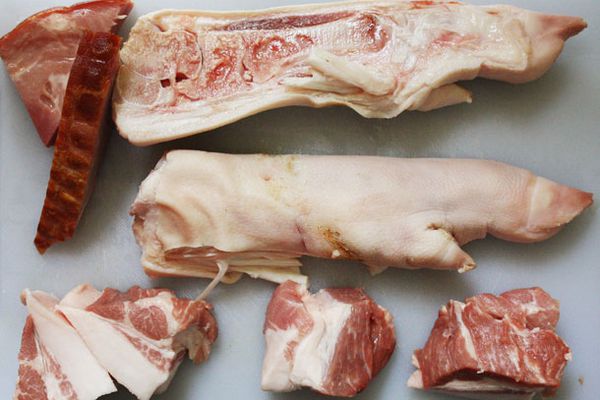 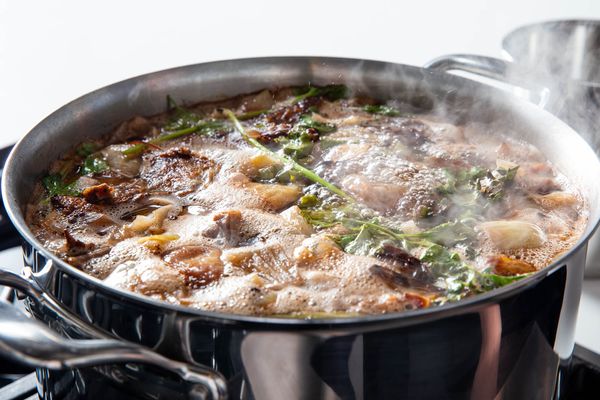 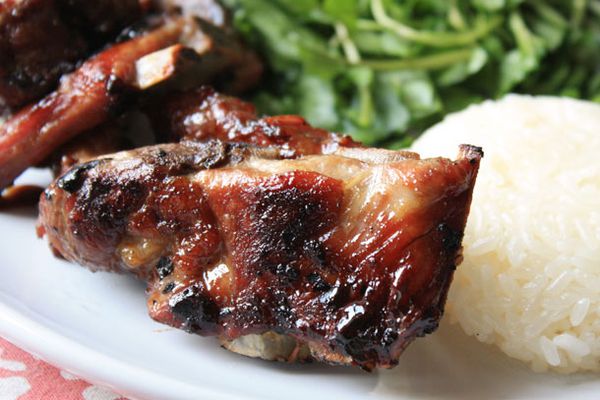