If you tend to load your automatic coffee machine the night before and wake up to a ready cup, the concept of "blooming" your coffee may not be one you've ever encountered. If, on the other hand, you're someone who's been known to tinker with the finer points of their coffee-brewing routine, chances are you're familiar with the process—pre-wetting the grounds for pourover coffee and letting them sit briefly before adding the remaining water. For anyone who's committed to making a better cup of pourover coffee, it's important to know about. Or is it? Why do we bloom coffee, and is it really necessary?

It's a Gas! Or, Why We Bloom Our Coffee

Coffee roasting is an incredibly complex process, as is any process that involves browning foods. The chemical reactions that take place during browning, known as the Maillard reaction, are so multifaceted that they are still not well understood. What we do know: Roasted foods take on new and increasingly delicious flavors as proteins and sugars react, combine, and recombine to form a vast array of new flavor and aroma molecules. Coffee without the roasting is simply not delicious.

When coffee is roasted, though, something else forms within the bean: CO2, good old carbon dioxide. The gas resides in the bean, but leaches out over time, until the roasted coffee eventually goes stale. This degassing process happens naturally, all on its own, as soon as the beans are finished roasting. But it takes a while for most of the CO2 to fully vacate the beans, and so, assuming your coffee is relatively fresh—less than a week or two old—there'll still be some CO2 left to come out when you brew it.

As soon as the hot water hits the ground coffee, that pent-up carbon dioxide comes rushing out in a degassing whirlwind. (When are those beans going to learn some manners?) You can see this in real time. In a pourover drip cone, the coffee grounds foam and swell, puffing and bubbling until they finally settle down, after 30 seconds to a minute or so. In a French press, you'll see the grounds form a foamy raft on top of the hot water and then just float there, buoyed by the gas, until you stir them back down into the drink. Of course, because the beans degas on their own even in their storage bag, the older the beans get, the less CO2 they have left, making the bloom a less dramatic event. (This is one way to tell how old beans are: If they don't degas much, they're toast...or, rather, they don't deserve to be served alongside your toast.)

With all this gas fleeing the beans, there's a potential problem—in order for the water to properly extract the coffee's flavorful contents, it first has to get into the beans, which it can't easily do when CO2 is rapidly bubbling out. As Nick Cho wrote in his article on making pourover coffee: "I like to picture shoppers on Black Friday. If you opened the store for business at the same moment there was a panicky fire drill, you could have a mess on your hands. That is, unless everyone wanting in waited until everyone wanting out got out."

Waiting for everyone in Nick's analogy to get out is what the blooming step during brewing is all about. It's really applicable only in a pourover setup, where the water travels continuously through the ground beans, giving them a limited shot at extracting flavor. (Beans degas when they're steeped as well, such as in a French press, but since they continue to linger in the water for the duration of the brewing phase, there's still plenty of time to get more flavor out.) Here's how it works: Add just enough hot water to wet the grounds, and wait until the foaming and puffing subsides before commencing with more water. That way, when the bulk of the water finally makes contact with the grounds, it isn't fighting against the escaping gas.

That's the theory. The real question, though, is just how important this step is in reality. Sure, we may know that CO2 escapes coffee beans rapidly when they're soaked in hot water, but does waiting for it to finish before adding more water really affect the flavor in our cup? There are plenty of phenomena that happen every day that we can't detect with our senses. Cells divide, proteins are synthesized, and all of broadcast television goes flying through our walls and bodies without us even feeling it.

I've been putting this question to the test over the past several months, using different types of beans from a diverse range of origins, roasters, and roast levels. In each test, I used the exact same amount of beans in weight, the same grind size, and the same volume and temperature of the water. The only difference was that for one batch I pre-wet the beans and let them degas before continuing; in the other, I brewed straight from start to finish, without that pause for degassing.

In test after test, blind-tasters in the Serious Eats office were able to differentiate bloomed pourover coffee from un-bloomed, proving that one can indeed detect the effects of blooming. In almost all instances, tasters identified the bloomed coffee as richer, rounder, and fuller-flavored, while the un-bloomed samples tended to have a flatter, more hollow flavor, and at times tasted slightly more acidic. A more acidic flavor makes sense in un-bloomed coffee, as it's a sign of under-extraction—the CO2 was bubbling out while the water was trying to get in, so the water wasn't able to extract the beans' flavor as fully.

Interestingly, where tasters split was on their preferences. On average, bloomed coffee won out, but it wasn't by a landslide. In one test, two out of three tasters preferred the un-bloomed coffee because they happened to like its brighter, more acidic, under-extracted flavor. A coffee expert might argue that this just means those tasters weren't well trained in the art of coffee, and mistook an obvious flaw for something desirable. But personal preferences are personal preferences, and shouldn't just be dismissed. Most folks at home aren't professional coffee tasters, and some of them, too, might like the taste of an un-bloomed cup. (For the record, I tasted all the samples blind and always preferred the bloomed one.)

In another test, a portion of the tasters preferred the un-bloomed coffee precisely because it was less flavorful than the bloomed one. My theory in that case is that they weren't fans of that particular bean and roast style, so they found a less flavorful expression of it preferable to a more complete one. (All of those same tasters preferred the bloomed sample in another test where the style was more to their tastes.)

Overall, though, the bloomed cups won out, indicating that the blooming step is, for most of us, a desirable one. And frankly, if a person prefers an un-bloomed cup of coffee to a bloomed one just because they don't like that particular coffee, the lesson to draw from that isn't to skip the blooming step; it's to find coffee beans more in line with their flavor preferences. That, after all, is how we all bloom into better coffee drinkers. 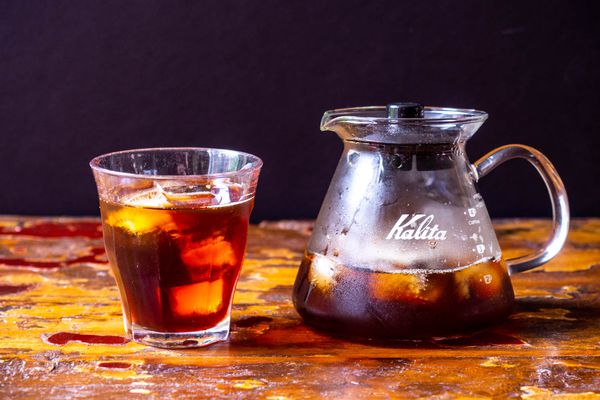 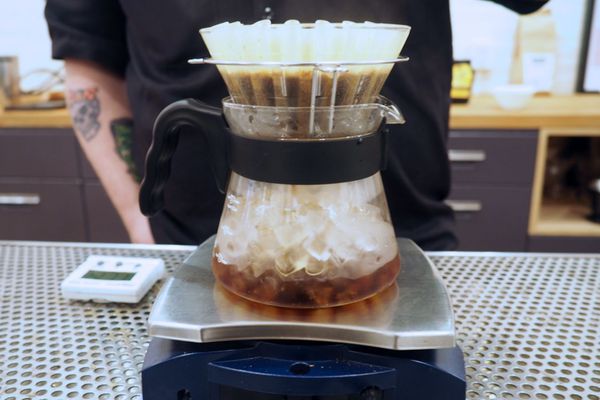 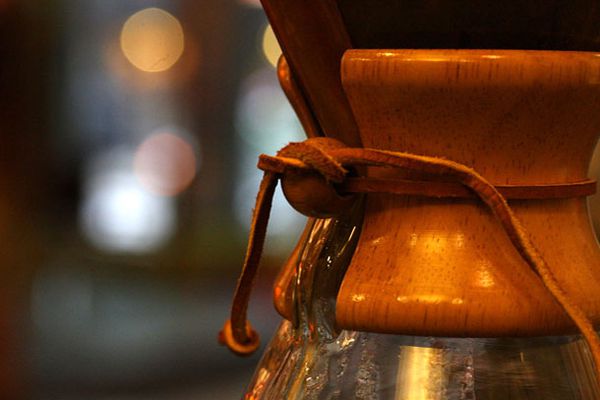