First, a confession: As I'm typing this, I'm sitting poolside by a bungalow in Canoa Quebrada, Brazil. It's 90°F, I've just eaten a bucket of Camarão ao alho, and I'm sweating at a rate of at least 0.7 liters per hour. Don't worry, I'm making up for that lost liquid with a precisely prescribed ration of caipirinha, which is like a mojito, but a bit manlier.

It's not an easy life here. Forced slow walks along pristine beaches. Executive decrees from the wife to read fiction (fiction!) within the insidiously relaxing confines of a hammock. Tyrannical injunctions that prevent me from talking about heat transfer within 12 feet of a cocktail or a body of water. All this vacationing stuff is hard work!

Thankfully, the combination of mid-afternoon heat, shrimp, and caipirinha have seemed to induce a soporific effect on my well-intentioned wife, who's fallen asleep by the pool. And that's how I've managed to escape the indentured vacationing she has mandated for me so that I can spend at least a few relaxing moments blogging. Phew!

Aside from my laptop, camera, notebook, wouldn't you like to know what else I packed in my backpack for Brazil? Here it is:

That's right—my dog-eared, note-riddled, heavily stickied copy of On Food and Cooking. I take it with me nearly everywhere I go, as you never know when you'll need to look up precisely what chemical it is that makes cinnamon taste like cinnamon, or at what temperature ovalbumin begins to coagulate. Of all the food books I own, this is the one that gets opened the most. It's written in a style entertaining enough that it makes for a good way to kill an hour poolside, but detailed enough that you don't feel like it's written for dummies, which too many pop-science books seem to do.

It's the archetypal work of food science for real cooks, and should be required reading for anyone aspiring to become a chef, or to take their home cooking to the next level. That said, it's a fascinating read even for non-cooks.

Here are the rest of my favorite food books and blogs. Reading these have either made me want to become a cook in the first place, or have played a significant role in the way I think and write about food.

1. Anything Else by Harold McGee

If you enjoyed On Food and Cooking (OFAC), you'll also want to check out the semi-sequel, The Curious Cook: More Kitchen Science & Lore. It's written more as a series of essays rather than in the reference-book format of OFAC and covers a fascinating range of subjects from why pesto and guacamole turn brown to why sunchokes give you so much gas (note to self: never feed Dumpling a sunchoke).

If you found OFAC to be too dense and prefer a no-nonsense version with fewer details and science, and more actionable info, check out his new book Keys to Good Cooking, an abbreviated guide to help you "make the most of food and recipes."

Of course, his articles in the New York Times are also a source of consistently thoughtful (and useful!) essays.

"Jeffrey Steingarten brings to food what Douglas Adams did to sci-fi."

The very definition of a man obsessed, Jeffrey Steingarten brings to food what Douglas Adams did to sci-fi. Namely wit, humor, insight, and a ridiculously madcap passion.

As the Vogue food columnist, his uniquely spirited articles never fail to educate and to entertain. That he's more than a bit of a curmudgeon in real life has no bearing on the fact that his two books of collected essays from Vogue (The Man Who Ate Everything, and It Must've Been Something I Ate) are probably the two most entertaining volumes of food writing on the face of the planet.

Whether he's attempting to find perfect pizza bianca in Rome or speculating on why a potato gratin can taste cheesy even when there's no cheese in it, the roads he travels are universally enthralling.

Also, the one time I met him in person, I felt like I'd made a particularly pertinent comment about flavor extraction in coffee grounds, to which he responded: "Ah. Spoken like someone who truly has no idea what they are talking about." You've got to respect a guy who can say something like that to a near stranger.

His two books, La Methode, and La Technique, are incredible on their own, but even better when translated and compiled into a single volume—his Complete Techniques— with thousands of step-by-step photographs documenting hundreds of essential cooking technique starting with the correct way to hold a knife and spanning through breaking down a chicken, dicing an onion, poaching a leek, shaping a loaf of brioche, stuffing a sausage, or even cutting a hard-boiled egg to look like a clown (an essential technique if I ever saw one).

A decade ago, when I was first learning how to cook, this was the book I packed in my vacation bag to read on the beach. Unless you've got a dedicated private instructor with years of cooking and teaching experience, you'll be hard pressed to find a better way to learn how to cook. To this day I still refer to it whenever I need a refresher course in best practices for basic prep. An absolute essential.

OK, so I did work for the company for three years, but I'm not biased when I say that their big book of recipes is one of the handiest single-volumes for a beginning cook to own. It's packed with recipes for pretty much every single dish in the American repertoire, and because it's coming from the most ridiculously obsessive test kitchen on the planet, every one of those recipes is virtually guaranteed to work.

The only downside is that the flavor profiles of the dishes are geared towards pleasing the most number of people at once. If you consider yourself totally average, you will not be disappointed.

If, on the other hand, you have developed your own palate and tastes that tend to venture beyond the slightly boring realm of meatloaf and mashed potatoes, you may find that you need to adjust recipes to suit yourself. Fortunately, because almost every recipe is packaged with the science behind its development, you'll also acquire the tools you need to do just that.

The New Best Recipe from the folks at Cook's Illustrated is a book that everyone should have.

Has anyone not read Kitchen Confidential: Adventures in the Culinary Underbelly yet? Granted, these days Bourdain is more like the Broadway musical version of a punk rock album, but when this book came out a decade ago, he was the true rockstar of the food writing world.

Nobody has come close since then, despite the scores of emulators. Yes, it's over-the-top, and sure, not all kitchens are run by tattooed pirate crews, but as far as romanticizations of lifestyles go, it's a pretty accurate description.

Make your way through the book, and you'll be left with a pretty good idea of whether or not you're the type of person who wants to make a career out of cooking in a very particular type of rough-and-tumble professional kitchen.

I'd been cooking in some professional capacity for a few years before reading it, but this was literally the book that made me decide to lock my brand-new, never-been-field-tested architecture degree in the vault immediately after college to take a minimum-wage job flipping pizzas, mopping floors, and doing dishes.

I haven't looked back since.

Dave Arnold has never been a professional chef or scientist, but he brings to two disciplines together like no other. The brother-in-law of WD-50's Wylie Dufresne, he's the one who first brought lab-grade immersion circulators to New York kitchens, catalyzing a major shift in the ways chefs think about foods and the ways in which professional kitchens are run.

As an instructor at the French Culinary Institute, he continues to push boundaries, think outside the box, and explain everything in a detailed but fun manner in his blog Cooking Issues.

It's not updated regularly, but with every new article, you're sure to learn something brand new or to think about something you think you knew in a completely different way.

Case in point: did you realize that when shaking a cocktail, temperature and dilution are inextricably linked to each other? No matter how long you shake for, it's impossible to chill a drink without simultaneously watering it down. Not only that, but it doesn't matter what shape and size your ice is—all ice will chill your drink just as well, despite what fancypants bartenders might tell you about giant spherical cubes or crushed ice (OK, the truth is not as simple as this, and there are important exceptions, but for the details, you'll have to check out his fascinatingly authoritative and thorough analysis here).

7. Another Blog: Ideas in Food

You may not have heard of Aki Kamozawa and H. Alexander Talbot, but I guarantee that the chef at that fancy restaurant you like so much has. As the bloggers behind Ideas in Food, they've dedicated their considerable experience (years or restaurant experience) and resources (unnaturally acute minds, access to some fun equipment, and great writing chops) to advancing the techniques and methods used by the most cutting-edge restaurants in the world.

It's where chefs went for their modernist cuisine fix before Modernist Cuisine existed, and it still stands as one of the greatest resources on the web for anyone interested in how to best apply laboratory equipment, modern gelling agents and emulsifiers, and all manner of powders, foams, dusts, and/or enzymes to offer better control over your food in the kitchen.

That it's beautifully photographed and written helps too.

So tell me, SE'rs: What's on your required reading list? 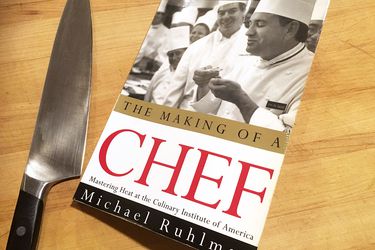 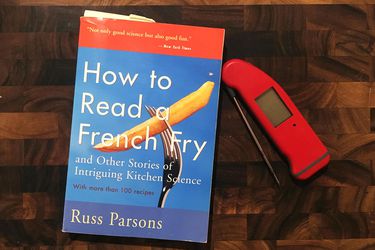 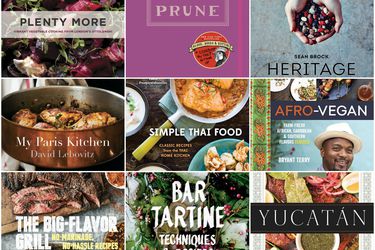 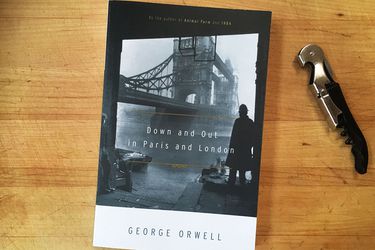 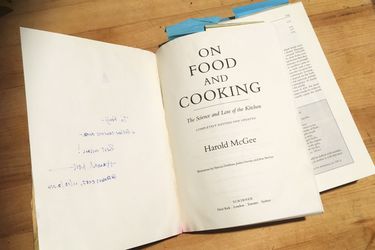