These days, miso-marinated black cod is almost synonymous with Nobu Matsuhisa's New York restaurant, though he by no means invented the dish. It stems from a traditional Japanese preparation called kasuzuke, in which fish and vegetables are marinated in the leftover lees from sake production before being broiled or grilled (kasu = sake lees, and zuke = to apply). You can still buy black cod pre-marinated in lees at Japanese markets around the city, ready to broil and serve.

But Nobu's version, made with miso and sake, is a little bit easier in terms of finding ingredients at your standard supermarket. It's also every bit as delicious (perhaps even more so). This is the fish dish to pull out when you're ready to blow away your spouse or dinner guests, but don't want to put more than five minutes of effort into making dinner. Five minutes. Really.

The most difficult part of the dish is finding black cod. Also known as sablefish, most of what you'll find in New York is sold smoked in Jewish delis. The same qualities that make it great for smoking—a very rich, buttery texture and high fat content with flesh that turns tender when cooked rather than flaky or tough—makes it the ideal fish for broiling. It's nearly impossible to overcook it. Seriously. Try. I dare you.

While other fish can be used in this preparation (I often do it with salmon when I can't find black cod), there's not really a perfect substitute.

Here's the good news: frozen cryovacked individual filets of black cod work perfectly for this dish (it's what I use), and you can order them online from Alaska if you can't find them locally.

Nobu's recipe calls for marinating the fish for a full three days in a mixture of miso, sake, and mirin, but I've actually found that a one day marinade produces a superior end product—it's just as flavorful (marinades don't penetrate particularly far into meat), and comes out more tender. If I'm pressed for time, I'll even go with a short 15 to 30-minute marinade.

Once marinated, cooking it is as simple as broiling in the oven or toaster oven until the top surface is deeply caramelized and the fish is cooked through. Here's another great thing about black cod: its muscle structure is made of wide sheet of muscle that are separated by thin membranes. Those membranes break down at around 140°F—a perfect medium rare. To tell if your black cod is done, all you have to do is poke a thin skewer (a cake tester or the probe from a thermometer will work) into the flesh. If you feel it puncturing through membranes, you know your fish still has a bit to go. If it slides smoothly in and out, you're done.

The whole process takes about 10 minutes.

As if that's not easy enough, here's the other great thing: most fin fish require you to pull out their pin bones before cooking. This takes a bit of practice. Black cod, on the other hand, has pin bones that release easily when the fish is cooked. Leave them in during the broiling phase, then use tweezer to pull them out right after it comes out of oven.

What you end up with is a rich, buttery piece of fish with a sweet-and-savory coating that is so good that it's gonna make you want to run through the house with forkfuls to feed to people, just so you can exclaim, "Look what I did!" Nobody has to know that it took almost no effort at all. 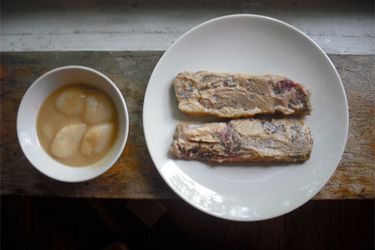 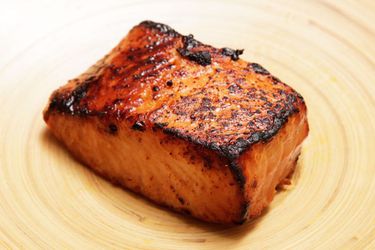 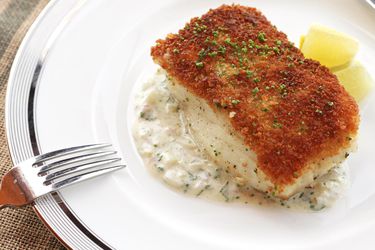 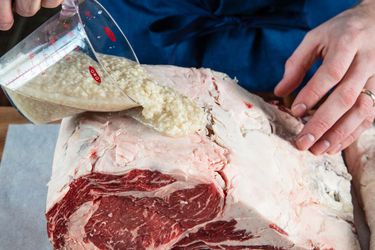