BONUS: 12+ Ways to Doctor Up Your Guacamole »

It's really no wonder that guacamole was the first thing I learned how to make. It wouldn't surprise me if that's not true of a lot of you Serious Eaters. I mean, I know people who can't make anything but guacamole. As foods go, it's about as simple as it comes.

The word comes from the Aztec Nahuatl words for avocado (ahuacatl) and sauce (molli), and at its most basic, all it requires is an avocado—traditionally mashed in the large basalt mortar and pestle—and some salt. The Aztecs were preparing it this way 500 years ago, making guacamole one of the oldest (if not the oldest) traditional American food still made in America.

These days, it's more often than not upgraded with onions, lime juice, cilantro, perhaps a bit of tomato or garlic, but at its heart, it's the same old sauce. And damn if we don't love the stuff. Over 50 million pounds of the stuff, some sources say, will be consumed on Superbowl Sunday. That's a 2 1/2 ounce serving for every man, woman, and child in the United States!

We'll answer all of those questions today and once we've perfected our basic guacamole, we'll go on and come up with a dozen or so variations on the theme.

For Hass avocados, you can expect the likelihood of this phenomenon to increase starting in December and maxing out around February (ack, Superbowl season!).

Aromatics are just about the only place in a guacamole recipe where there's real room for technique to come into play. For the purposes of my testing. I'm sticking with a very basic combination of onions, cilantro, and serrano pepper.

The key is to give those flavors a bit of a pre-release by masticating them before they ever meet the avocado. Now you could chew up the onions, cilantro, and chilies in your mouth, but a mortar and pestle (or even a good food processor) will do the job in a much more sanitary manner.

12+ Ways to Make Your Guacamole Even More Exciting » 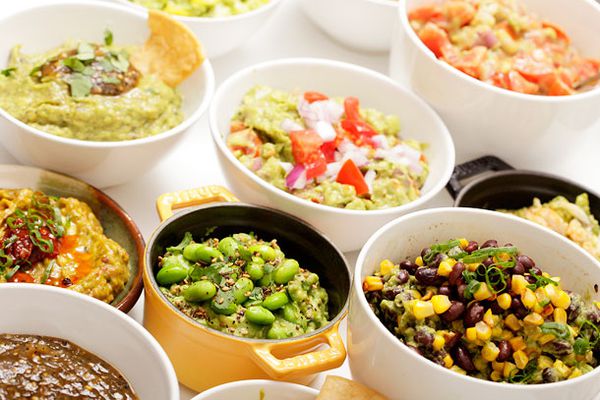 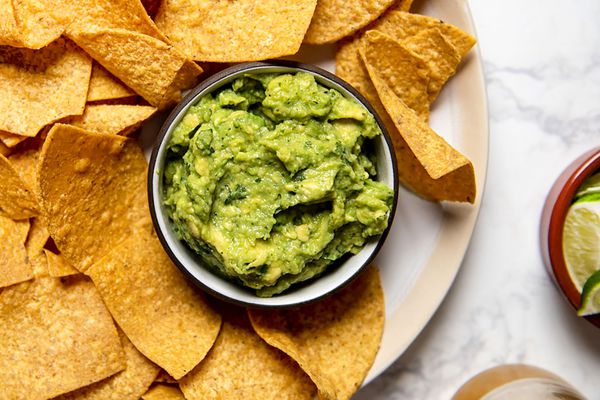 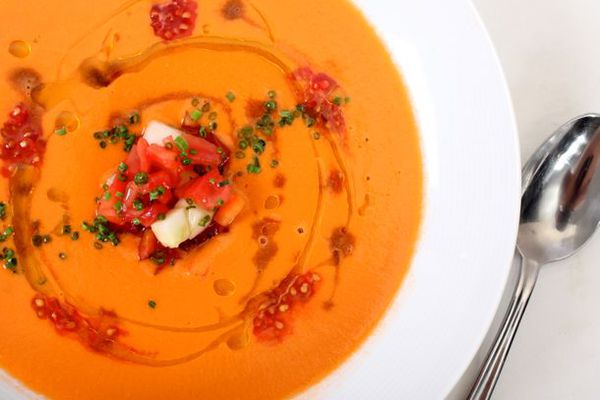