Casseroles are the real secret to a good home cook's Thanksgiving (or any large dinner party) success. All of the work is done ahead of time—in most cases you can prepare them over a day in advance—which means that they bake off right alongside the turkey, or even while the turkey is resting (you do rest your turkey after roasting, right?).

The best casseroles combine flavors that complement each other when they inevitably meld into one, and texture that don't suffer from extended cooking. Creamed vegetables are always a good choice.

For this casserole, I cook down chard as if I were making creamed spinach. That is, start by sweating aromatics like onions and garlic in butter until soft, then add in the leaves and cook until they're completely wilted. I used to make my creamed greens with actual cream, but I've recently switched over to half and half thickened with a little bit of flour. The lower butterfat content of half and half allows the natural flavor of the greens to come through a bit better than with the masking qualities of true heavy cream.

Besides, with all the heavy dishes and big flavors of Thanksgiving, who really wants that extra butterfat anyway?

I've gotta admit: I'm not the biggest fan of fennel. I don't really like it shaved raw in salads, I don't like large braised bulbs of it, I don't particularly like it roasted or sauteed as a side dish. But I do like using it the same way I would onions—that is, sautéed until it nearly disappears into the background, adding a subtly aniseed aroma to the dish without overwhelming it.

Finally, white beans add body and textural contrast to the finished casserole. You can serve it topping-less, but who doesn't like a crunchy layer of cheesy breadcrumbs? Who? Find that person and disinvite them from Thanksgiving next year unless they vow to mend their ways. 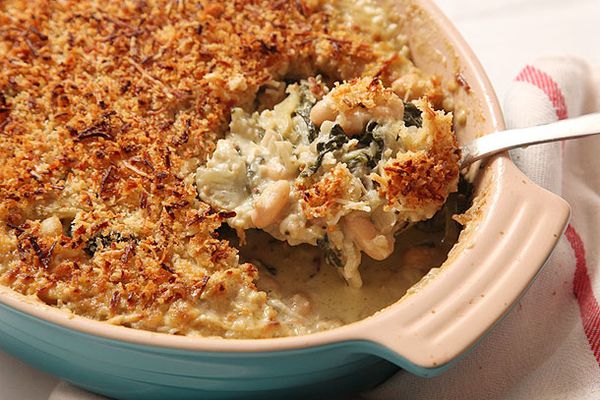 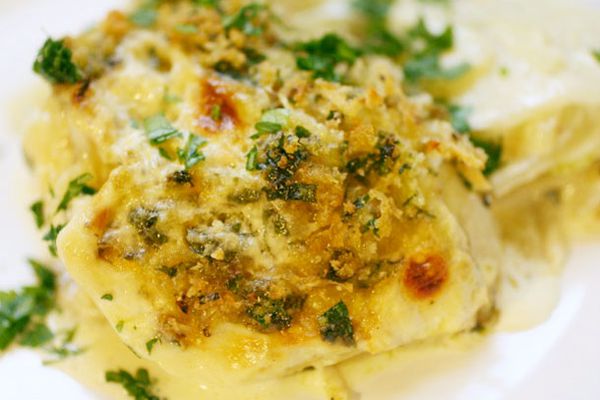 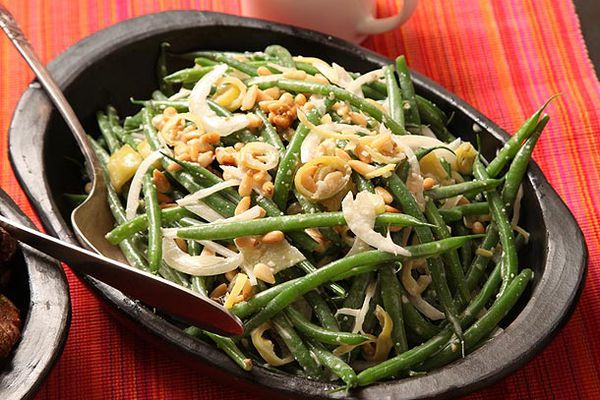 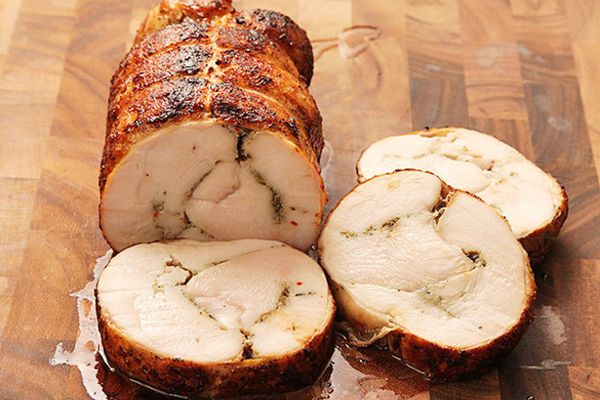 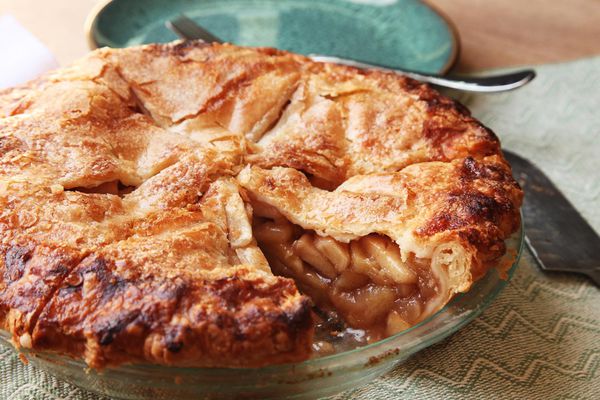