This week's edition of The Food Lab is Sponsored by No Kitchen Required. Watch 3 chefs cook with little more than a knife and an open fire on the all new series No Kitchen Required, world premiere Tuesday at 10/9c only on BBC America.

Of all the things I admire in a man, there are a three that stand out more than others. First and foremost would be the ability to rock a mullet and look good doing it. Few men can pull off this feat, and even fewer if you discount soccer players and rock stars from the 70's. Second would be having a boat. The size of the boat doesn't matter, as long as it's seaworthy and you are the captain. My dad's got a tiny little whaler with an outboard and a biminy top, which automatically kicks him up a couple pegs in the cool dad department. The last is the ability to MacGyver a situation—that is, solve problems by thinking outside the box, repurposing found items, and being able to build a grenade out of a candy bar and a pine cone.

There is only one man I know of who pulls off all three. He sports a badass mullet, basically wrote the book on MacGyvering, and not only has a boat, but actually lives in one.

Yes, that would be MacGyver, my idol in all things from fashion to seamanship to voiding-warranties-on-basic-household-appliances-to-get-better-results.

It's because of my addiction to that show as a kid (along with a healthy addiction to Mr. Wizard and Jacques Pépin) that I constantly press myself to try and come up with unique solutions to common kitchen problems (and occasionally sport the rogue mullet). They're not always successful (Note: you cannot bake a good pizza in under an overturned Dutch oven on your grill), but when they are, you get so much more satisfaction out of developing a novel recipe or technique than you do out of merely tweaking what's standard.

Here are a few of my favorite kitchen hacks. Some are my own, others are not, all of them are pretty awesome, if you ask me.

1: Cook Your Meat In A Beer Cooler

By this point we all know what sous-vide cooking is, right? The idea is you seal your food in a plastic pouch, then submerge it in a precisely controlled water bath that's kept at the final temperature you want to cook your food to. These temperatures are generally far below standard cooking temperatures. Cooking this way takes more time, but it guarantees perfectly cooked proteins and vegetables, without any chance of overcooking. It also produces noticeably more tender and juicy results thanks to increased enzymatic action during extended cooking time. The problem? A temperature controlled water bath can cost upwards of hundreds of dollars.

But here's the thing: For most sous-vide cooking applications, you only need to hold a consistent temperature for a couple of hours at most. Turns out that even though a beer cooler is designed to keep foods cool, it's just as good at keeping them warm. To cook in a cooler, all you've got to do is add water at a couple degrees higher than the final temperature you'd like to cook your meat to (say, 125°F for a steak or 140°F for chicken, plus 2°F in each case to compensate for temperature lost when you add your meat), seal your meat in a bag with the air squeezed out, drop it in, seal the top, and wait. 45 minutes or so later, you've got perfectly cooked meat more tender and juicy than anything you could get stovetop. A quick sear, and you're ready to serve.

For more details, check out this article on cooking in a beer cooler, or these ones on sous-vide steak, sous-vide burgers, sous-vide chicken, and sous-vide eggs.

2: Use A Chimney Starter As A Heat Source For Your Wok

This awesome trick comes from the man himself, Alton Brown. See, to cook properly in a wok, you need a blazing hot heat source. Ingredients get added rapid fire and need to sear and char on the outside before they begin to soften up. Sizzling is the goal, not steaming. To give you an idea, a normal home range puts out about 10,000 BTUs of heat. A restaurant quality wok range, on the other hand, gets up to 125,000 BTUs. That's over an order of magnitude greater! No wonder you can't get your food to taste the way it does at the restaurant!

Wok cooking simply doesn't work at its best at home. So, Alton asked himself, what common household item can I use to give me the heat I need? The answer: a chimney-style charcoal starter. When filled part way with coals and allowed to ignite, the well-ventilated chimney channels all of that heat energy upwards. All you've got to do is place the chimney on a heat-proof stable surface (cinder blocks work, as does the rack of your grill) and place your wok directly on top. The space above the chimney maxes out at a few thousand degrees, which means that you'll never be wanting for wok hei.

Keep your eyes peeled this summer for a full guide on the method, along with a few of my favorite wok'd recipes.

An ice cream maker's job is to simultaneously freeze sweetened, flavored cream and churn it, preventing any large ice crystals from forming and creating an end result that is dense, smooth, creamy, and melts slowly on your tongue. It's very difficult to make real ice cream without an ice cream machine, as simply freezing your ice cream base gives you what amounts to a solid ice cube that breaks in shards.

The key to pulling it off, as it turns out, is threefold. First, incorporate a bit of whipped cream into the mix. This already adds a bit of air and prevents your ice cream base from freezing too densely. Secondly, freeze it in ice cube trays. The faster your ice cream base freezes, the smaller the ice crystals that form in it will be. Ice cube trays are designed to freeze fast. Finally, beat the heck out of those frozen ice cream cubes in the food processor to smooth them out. And there you go. Real-deal ice cream, without the machine.

Check here for details on the process, as well as a full recipe.

4. A Few Fun Ways to Cook in a Hotel Room

These days when my wife and I go for a bit of R&R in a B&B out in the mountains, the beach, or the woods, we'll bring a little portable burner with us so that we can cook right in the comfort of our own room. But in the old days, we used to make do with the amenities on hand.

Here are a few things you can do in pretty much any hotel room. I'm not sure where the original sources for these are, but I imagine they are the result of a combination of not enough money, a bit too much to drink the night before, and too much imagination. Always a good thing.

5. Cook Your Pizza With Nothing But a Skillet

Problem: a Neapolitan pizza requires an 800°F oven to bake properly. Solution: well, there's no shortage of those. There's the skillet-broiler method (my old standby), the pizza stone under a broiler method (what I'd use if I had a better pizza stone), or even an after-market device that converts your kettle grill into a fired oven (check out our testing here. But my new favorite method? Skip the oven or the grill entirely and do the whole damn thing on the stove top.

The method is simple: make your dough, stretch it out, then heat up a skillet blazing hot. Throw your dough in, let it cook a bit on the first side, flip it over to char the other side, then slide it out, flip it over, and top it. Finally, put the whole thing back in the skillet, cover, and cook until the cheese is all melty-like. You end up with amazing hole structure and nice char, all ready in a couple of minutes.

Want to get even more badass? Pull out the blowtorch and get medieval on the sucker for some extra char.

6. Smoke Foods In A Wok (Or Pressure Cooker)

I've yet to come up with a suitable way to smoke an entire brisket or a few racks of ribs without a real smoker or at the very least a kettle grill, but for quick-smoking foods like cheese, chicken wings, fish, or vegetables, the wok does the job nicely. All you've got to do is line it with foil, place a rack on top with your food, pour a bit of your smoking elements of choice on the foil, and place the whole thing on a burner. As soon as the smoke starts forming, tightly seal the whole package with foil to trap it in place. Your food will get an intense blast of smoke that will flavor it, albeit not as deeply as a real slow-smoked piece of meat would be (don't expect any red smoke ring here).

Don't have a wok? You can do the same thing in a pressure cooker. Just line the bottom with foil and put your soaked wood chips or spices on top. Place a steamer basket in the pressure cooker, along with the food to be steamed. Heat it up, and when the smoke starts coming out, lock on the lid. Reheat it periodically to keep the smoke going. Ten to twenty minutes later, you've got yourself a delicious smoky snack, without even having to have build a real fire.

For full instructions, check out this slideshow.

I know there are countless other kitchen MacGyvers out there hacking together their own techniques and recipes. How about we hear some of yours? 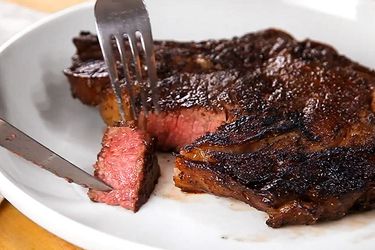 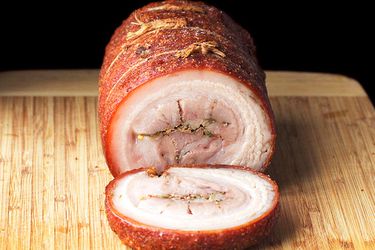 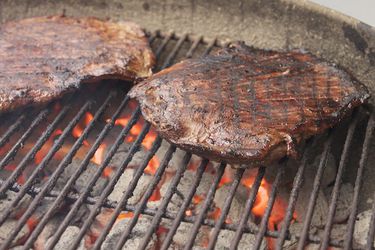 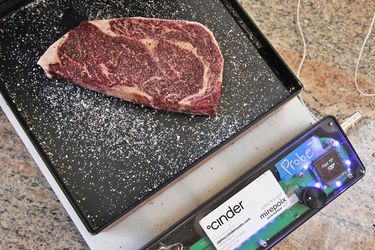 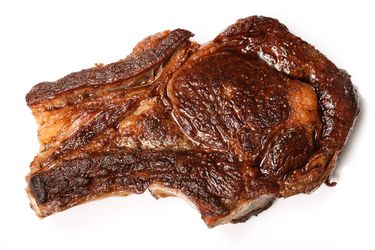 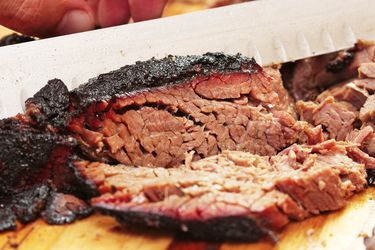