Ok—that whole small-batch,"kettle-cooked" potato chip thing? I get it. I just don't like it.

Sure, I like the idea of thick-cut potatoes slowly bubbling in a copper pot carefully stirred by an old-timey craftsman wielding a well-worn spoon with honest, workingman's hands until the chips reach crisp, golden brown perfection. But to be honest, the vast majority of kettle-style chips simply taste burnt to me (anyone else with me here?). I suppose it has to do with a potato chip equivalent of the Pizza Cognition Theory that states: "The first slice of pizza a child sees and tastes, becomes, for him, pizza."

Having been raised on thin, crisp, pale yellow, super-salty Wise brand chips (remember when there used to be a riddle on every bag?), that's my image of how a chip should look and taste. Fundamentally, a chip should not be any sort of brown, nor the flavors that come with it. I want my chips to be subtle, tasting only of potato, grease, and salt.

On the other hand, kettle chips do have one great thing to offer: crunch. The industrial chips of my youth were tasty, but really, they were more crisp than crunchy. In my mind, the ideal chip would combine both of these elements; The blond color and straight-forward salty potato flavor of a thin, old-school chip, and the hefty crunch of a kettle chip.

And since there currently aren't any of them on the market, the only thing I could do was try to make them myself.

Some quick testing immediately answered the question of what it takes to make chips crunchy: it's the thickness.

I fried up a couple batches of chips in 325°F peanut oil, slicing the same potato on a mandoline at different settings. At 1/32nd of an inch, the chips were paper-thin; Thin enough to read through. They cooked extremely fast, and had a tendency to burn. At 1/16th, they were closer to a normal potato chip. Mildly crisp, but not shatteringly crunchy. 1/8th inch chips were the way to go. Thin enough that they didn't come off as tough, but thick enough to add some real heft and weight to the crunch.

But glance back at that picture, and you immediately see the problem I saw: It was far too dark. Let me explain why.

A chip gets crisp through two processes. First, as the chip heats, water within the individual cells vaporize—this vaporizing bubbles are what you see as fried foods cooked. Next, hot oil moves into the empty spaces left behind. Essential, you are dehydrating the chip, and then filling it up with oil.*

*one of the reasons why fried chips taste so much better than baked chips is because when baking, you get dehydration, but not oil saturation.

A potato also contains starch and simple sugars, both of which undergo the process of caramelization when heated to high temperatures for a prolonged period of time. So my chip was getting too dark because by the time the it had dehydrated and crisped, the sugars had caramelized far too deeply, acquiring the brown (and sometimes burnt) flavors that are such a turn-off for me.

What if I just cooked it a bit less? No good. Unless I cooked all of the water out of it, it quickly turned soggy.

As long as you see bubbles when the chip is submerged, there's still water in there, so I knew that in the future, every batch of chips must be cooked until the bubbling completely stops.

Here's the dilemma: In order to get my chips crisp, I must remove water and replace it with hot oil. But hot oil causes starches and sugars to brown, giving my chips an off flavor.

The fact that I want my chip crisp and I need to use oil to get there is a given, which leaves me only one choice: get rid of those excess starches and sugars.

The first step to getting rid of excess starches was a simple one: I just washed it away.

As soon as you cut open a potato, its cells rupture, releasing exposing starch molecules, simple sugars, and a number of enzymes. One of these enzymes, tyrosinase reacts in the presence of oxygen creating the characteristic brown discoloration you see on apples and potatoes.

Here are two potato slices. One of them has been rinsed in a few changes of cold water, while the one of the right was placed directly on the plate.

The deep discoloration of the one on the right is an indicator that tyrosinase—and by extension all of the other starches and sugars that were inside those potato cells with it—are still alive and kicking. The one on the left, on the other hand, has had at least most of the junk rinsed off of its surface.

"I prefer to take the John Rambo approach."

But neither one of those chips is quite as blond as I'd like it to be. You see, starch's relationship with potatoes runs pretty deep—it takes more than a simple rinse to separate the two. And when gentle coaxing doesn't work to get rid of it, I prefer to take the John Rambo approach: just blast'em.

I learned back when I was experimenting with french fries that a quick par-cook in boiling water before frying help accomplish this goal: heating up starch granules in the presence of water causes them to absorb water and expand. Eventually, like little water balloons, they burst, expelling the starch into the water where it can be safely dumped down the drain.

Would the same technique work for my chips?

I sliced and rinsed another batch, then plunged them into a pot of boiling water and cooked them as long as I could before they began to show signs of falling apart (as pectin reaches higher temperatures, its glue-like powers eventually break down). I then drained them on a clean kitchen towel, and dropped them into the hot oil until they stopped bubbling. Better, I thought, but still not quite where I wanted them to be. They were still coming out light golden in the center with the very edges turning quite dark.

I needed a way to be able to boil the potato chips a little longer in order to expel even more starch, without allowing them to disintegrate. Now, this may seem like cheating, but here's a secret: I knew the answer already, because I had the exact same dilemma with those french fries (shhh... don't tell). Here's what I discovered there:

Everyone who's ever baked an apple pie knows that different apples cook differently. Some retain their shape, while others turn to mush. The difference largely has to do with their acidity. Thus super tart apples like Granny Smith will stay fully intact, while sweeter apples like a Macoun will almost completely dissolve. Just like a potato, apple cells are held together by pectin. Moral of the story: acid slows the breakdown of pectin.

I sliced and rinsed one last batch of chips, this time parboiling them in a pot of vinegar-spiked water, allowing me to increase their boiling time from two minutes up to a full three before draining and frying them.

As you can see, the vinegar-boiled-then-fried potato chips were a resounding success. As crisp and crunchy as any of them, with the subtle, mild taste of the potato chips of my youth. Unlike with the french fries, which retain some internal moisture, because potato chips are cooked completely dry, the vinegar flavor doesn't come through at all—just pure, unadulterated, greasy (and I mean that in a good way), salty, potato flavor.

Now that's what The Food Lab is all about—observing the similarity between apple pies, french fries, and potato chips, and taking lessons from one to help solve problems in the other.

And darn it, there I went and did it again. I keep promising myself I'll be less long-winded next time, but nope. Now I don't even have the room to tell you about the fun tinkering I've been doing with the French onion dip I'm about to dunk these into... But I'll leave you with this question: What do crispy chicken skin and caramelized onions have to do with each other?

Continue here for our recipe for Extra-Crunchy Potato Chips 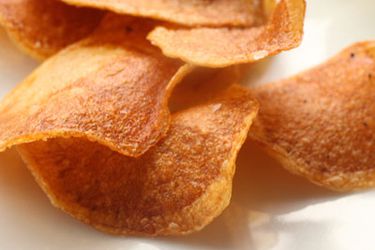 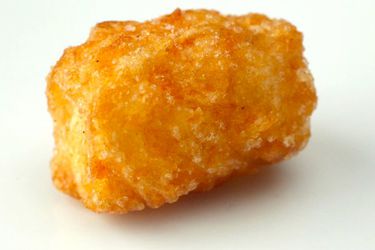 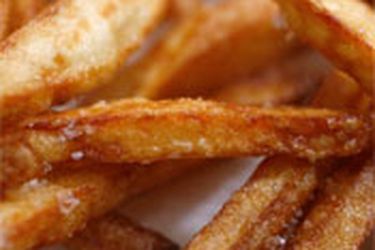 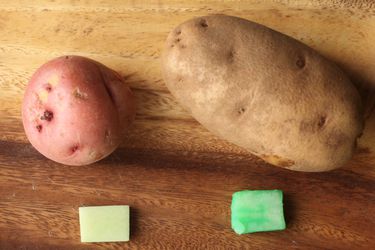 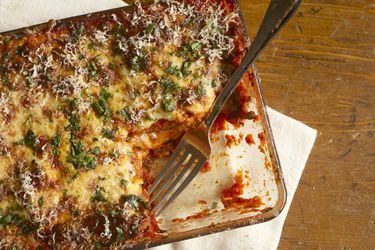