There are a few things in life that—no matter how many times I've seen them—always make me ask, "Why?" Right at the top of this list, rubbing shoulders with ludicrous creations like Jar-Jar Binks and talking heated toilet seats in Japanese airports is that culinary absurdity, the turkey burger.

Now, I've always been of the mind that if you're going to eat a burger, you're in it for the flavor, not for your health. So for the 15 minutes it takes to scarf one down, all diets be damned. If saturated fats and cheese product are what make it taste great, then pour it on!

So why bother with a turkey burger? If turkey burgers that I've had in the past are any indication, the answer is simple: don't. The only times they ever approach being edible are when they are so packed with herbs, cheese, and other seasonings that not only are they no longer any healthier than beef, they are also no longer burgers—they're more akin to turkey meatloaf in patty form on a bun.

More to satisfy my own culinary curiosity than to strive for a noble goal, this week I decided to try to discover the secret to making turkey burgers that don't suck. I set myself a few parameters at the outset:

With these four goals in mind, I started testing, beginning with the simplest thing I could think of: 100 percent pure ground turkey, cooked in exactly the same manner as I'd cook a beef burger. Whether it was breast meat or leg meat, the results were unequivocally horrid: Dry, lean, and bland, the patties had the texture of particle board with the flavor of a not-quite-fresh towel (that is to say, not as bad as an old gym towel, but nothing that puts a smile on your face like a Downy-fresh towel).

To simplify matters, I decided to focus on one aspect at a time, first trying to improve the flavor, before moving on to fixing the texture.

What do all these things pictured have in common? That's right: glutamates.

We've all been around long enough to have heard the word umami, the Japanese term for the sensation of "meatiness." It's one of the five basic tastes that are sensed directly on the tongue (the others being salty, sweet, bitter, and sour), as opposed to the vast majority of what we perceive of as "flavor," which is actually created by aromatic compounds stimulating receptors in our soft palates and nasal passage. Glutamates are the molecules that lend this umami sensation to foods, and are a salt of glutamic acid, an amino acid found in abundance in certain things like seaweed and cheese. It can be bought in crystal form as monosodium glutamate (aka Ac'cent).

Like salt and sugar, glutamates have the ability to enhance certain qualities of foods without actually changing their flavor profile, making them the ideal candidate for—pardon the expression—beefing up my turkey burgers.

To test the effects of different sources of glutamates, I made a series of one-ounce ground turkey thigh burgers that I mixed with various glutamate-rich ingredients:

I tasted them in batches of three side-by-side and against patties made with pure turkey, and immediately discarded porcini, hon-dashi, parmesan, and worcestershire sauce from the running—their underlying flavors were too distinctive, distracting from the overall turkey-ness of the patty. I also decided to leave the pure MSG powder out of the running. Although I often cook with it, it's a controversial ingredient that makes some people squeamish, so I figured if I could make these patties work without it, all the better.

This left me with soy sauce, marmite, and anchovies. In a moment of weakness, I decided to forgo my rigorous testing protocols and just went ahead and threw all three into my next batch. Woot! That's some meaty poultry! Using all three of them in conjunction with each other was better than simply upping the amount of any single one. But why?

Turns out that when it comes to umami, glutamates aren't the only players in the field. There is a new hot molecule in town that's been preening for the spotlight. I'm sure we'll all be hearing about soon: inosinate. Although inosinates don't add much umami flavor on their own, they act in synergy with glutamates, causing them to bind more tightly to receptors on our tongue; They are the Robin to glutamate's Batman—they aren't necessary for the job, but holy savory ground meat patties! do they sure help a lot. Anchovies happen to be extremely rich in inosinates, so when used in conjunction with glutamate-rich marmite and soy sauce, the three work much better than the sum of their parts.

With flavor settled, I moved onto texture. Again, it would have been quite simple to add some pork fat to the mix and call it a day, but I wasn't here to take the easy way out. The texture of turkey suffers for related two reasons, both of which arise from the fact that the patty has to be cooked to well-done in order to be eaten safely. First, the proteins in a ground meat patty form an intricate, cross-linked network that tightens up and contracts as it's heated, making the patty turn tough. Secondly, as it's doing this, it squeezes moisture out, which dissipates into the air, leaving your burger high and dry. What I needed to do was introduce an element that would prevent the meat from forming a network that is too tight, while at the same time providing some additional moisture. I broke my possibilities down into three categories:

Dairy was a washout. None of them significantly improved moisture level, and while the meat was softer, it was almost mushy, like something that had already been partially digested, as opposed to merely tender. Grains were not much better. Bread crumbs and cracker crumbs kept the turkey burgers moist alright, but the texture was more akin to meatballs—all softness without the robust meaty texture of a real burger. Lentils, pasta, and rice didn't fare much better. The surprise winner?

Eggplant, by a landslide. Once I roasted it and added the mushy purée to the meat, it completely blended in—you literally couldn't tell it was there. All you got was a patty that despite being well done, was moist and tender, while at the same time being robust and meaty. On top of that, the eggplant actually helped the turkey meat brown better, further improving its flavor.

When I finally combined the results of my flavor experiments with my texture tests, I had a burger that was not only good for a turkey burger, it was actually a good burger, period. Robust, juicy, tender, with a meaty turkey flavor that really stood out, instead of hiding behind a veil of seasonings. Granted, any health benefits this patty may have given me were completely obliterated when I melted two slices of aged Cabot cheddar over the top and slathered on a few tablespoons of mayo, but to each their own, I suppose. I've been known to order my veggie burgers with bacon.

N.B. Under extreme time duress, I made the mistake of buying Whole Foods brand hamburger buns—the only damn buns they sell in there! This is a mistake that I do not wish anyone else to make. Go commando if you must, but avoid these ghastly, cottony things at all costs! 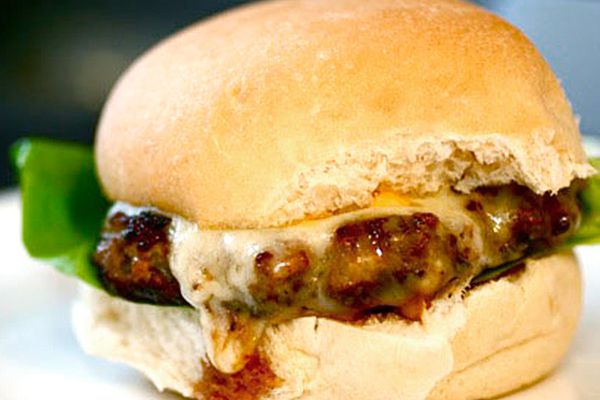 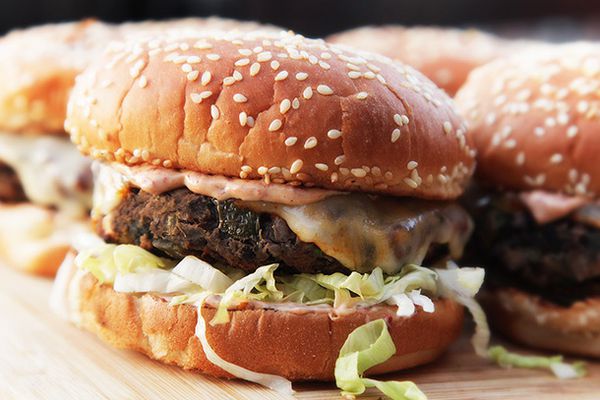 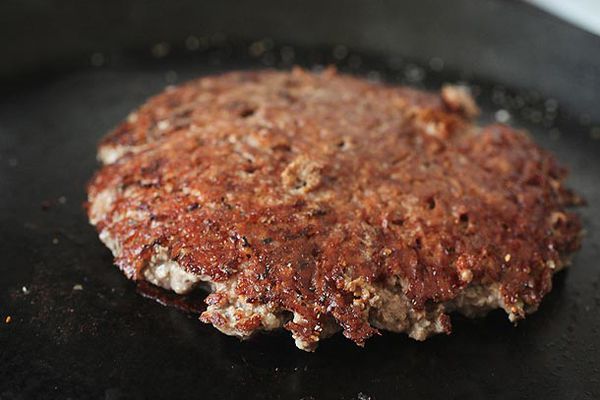 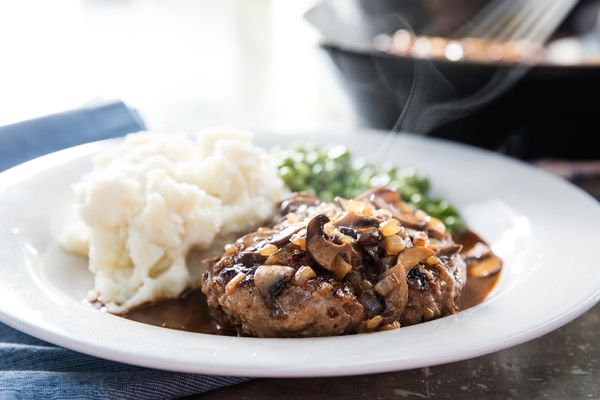 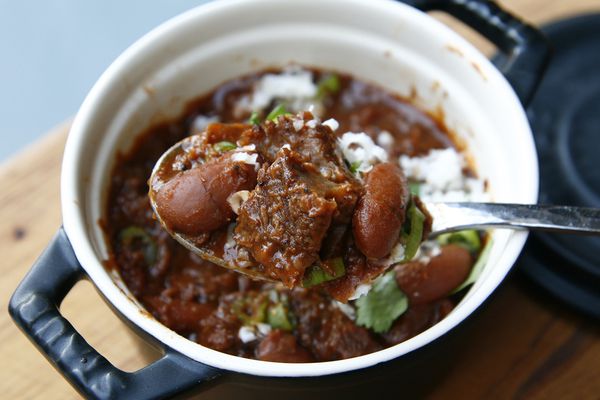 How to Make the Best Chili Ever | The Food Lab