The Best Fried Chicken Is Back, and I Almost Missed It

My friend Brett Anderson and I had come up with a fragile fried chicken plan with almost no margin for error. I was to pick him up at his IACP seminar talk at high noon on the dot, and we would drive to Willie Mae's Scotch House, perhaps the purveyor of the finest fried chicken on the planet. We were going to order a whole mess of chicken, wait the 20 minutes or so it takes Willie Mae's to cook it to order, scarf it down, and drive back to the hotel by 1:30 p.m.--just in time for me to prepare for my 2 p.m. panel. Sounds kind of dicey, don't you think?

The Scotch House, pride and joy of both its octogenarian owner, Willie Mae Seaton, as well as anyone who appreciates perfect fried bird, had been flooded and basically destroyed during Hurricane Katrina. Thanks to the Herculean efforts of the Southern Foodways Alliance, however, it had been rebuilt and was now being run by Willie Mae's great-granddaughter, Kerry Seaton (right).

Our plan was immediately threatened. Brett's panel was running late.

There were all these people who wanted to ask questions about restaurant criticism, and Brett and his fellow panelists were being exceedingly polite and answering every one of them. Perhaps Brett hadn't informed his colleagues or the overflow crowd that filled his seminar room that he had to attend to a fried chicken mission. We didn't hit the road until 12:30 p.m., a full half-hour behind schedule. Not only was our fried chicken score in danger, but so was my oyster loaf. I had arranged to trade some fried chicken for one of the pristine oyster loaves served at Casamento's, the oyster emporium that I thought I wasn't going to be able to hit this trip.

We decided that the only way for our ill-conceived plan to work was to call Willie Mae's ahead of time to order our chicken. I called Kerry, whom I had gotten to know when she and her grandmother came to New York a few years back to receive an America's Classic Award from the James Beard Foundation.

After 30 rings, when we had just about given up hope, someone picked up the phone. I explained our plight to Kerry. "I'll take care of you," she responded. "Just get on over here."

We arrived at Willie Mae's. The place looked great. Southern Foodways and its volunteers had done an amazing job. The only thing missing was Willie Mae herself, no longer well enough to stand at the stove frying chicken in her cast-iron pans. When we got there, a few tables were actually available. We took one of them and told our server we had ordered ahead of time. I went outside to take some photos, and when I returned, someone else had taken our table. In fact, the place was now totally packed with a combination of neighborhood folks and conference-goers who all knew that Willie Mae's bird is the word.

It was 12:55 p.m. We didn't have time to eat our chicken there, anyway. I went to take a picture of Kerry and wait for our chicken. She was working on our order. Our server boxed up the chicken and gave me a check. I went to thank Kerry to say goodbye. There were now ten people standing in the hall waiting for chicken. She gave me a kiss on the cheek and said, "Now go out the back door with all that chicken, or else all these people in here waiting for theirs are going to kill me."

Brett drove like a man who wanted to enjoy some serious chicken before addressing another group at the conference on the joys of the hamburger. We got to the hotel at 1:30 p.m., giving us a leisurely ten minutes to eat our chicken. We found a spot in the middle of the hotel lobby, and dug in. Kerry had successfully Kerryd on her grandmother's chicken. The chicken, as you can see, was a beautiful burnished dark brown. What you can't see is how perfectly seasoned it was. You also can't see how juicy the chicken was inside that gorgeous crust. 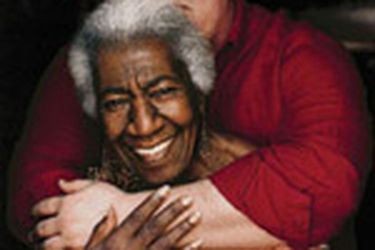 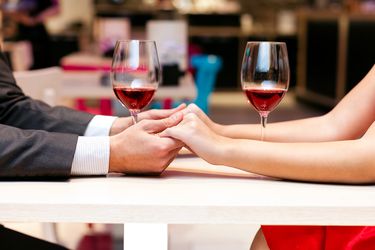