When you love fried chicken as much as I do you get really bugged when Bon Appétit announces its three finalists in its search for the best fried chicken in the U.S. and Gus's World Famous Fried Chicken is not on the list.

I have written lovingly of Willa Mae Seaton's wondrous fried chicken in GQ and Business Week. (Those stories don't appear to be online or else I'd link to them.) My friend John T. Edge, whom I trust implicitly in these matters (he did write the book on fried chicken), speaks very highly of the other two chickens, though I'm sure he would agree that including an extremely fancy-pants place like Blackberry Farm on a list of fried chicken joints is a questionable decision. But pondering a cosmically important question like who makes and sells the best fried chicken in America and not including Gus's is like arguing about who the best heavyweight champion of all time is and not including Muhammed Ali in the discussions.

So with this implicit slap in the wing at Gus's fresh in my mind, I stepped off a plane in Memphis yesterday (it was so hot you could have fried some chicken on the sidewalk on Beale Street) and immediately headed for the Memphis branch of Gus's (the original is in a shotgun shack in Mason, Tennessee, 40 miles from Memphis). If Gus's chicken was still cosmically good there, I am going to consider suing Bon Appétit in an attempt to force them to put Gus's on the final ballot.

How does Gus's Fried Chicken stack up?

The Memphis Gus's was a 20-minute drive from the airport. Though it is within shouting distance of the Disneyfied Memphis downtown (Whose idea was it to take one of the most soulful places in America and turn it into Donnie Osmond land?), Gus's in Memphis looked and felt like it could have been in Mason. It was one wide juke joint of a room, barely lit and decorated with unlit strings of Christmas lights strung on the beams. I ordered a half chicken and was told it would take 20 minutes. From my previous experiences at Gus's in Mason, I knew that it would more like 45 minutes, so I decided to head to Dyer's for one of those hamburgers fried in 70-year-old grease that George Motz made famous in his movie. I ordered a cheeseburger, and the guy behind the counter prepared a bun and proceeded to take an already cooked burger out of a big cast iron frying pan filled with Dyer's famous old grease. I thought to myself, "If you're going to go to the trouble of using 70-year-old grease, couldn't you make the hamburgers from scratch? The burger was OK, nothing out of the ordinary, but I found out later that the Dyer's on Beale Street was the newfangled faux location. The Dyer's of George Motz's and my dreams was a 20-minute ride from downtown. Oh, well, next time.

I headed back to Gus's and, as expected, waited another 20 minutes for my fried chicken. By the time it came, I had them pack it to go, as I was going to be late for a meeting if I ate in the restaurant. So, as invariably happens with me, I ended up eating my Gus's Fried Chicken in my rental car. You'd think by now that the rental car companies would see me coming and charge me a $100 extra cleaning fee before I'd get to leave the lot.

With my first bite, I knew those turkeybasters at Bon Appétit were in for a heap of trouble. Gus's Chicken is still perfect, crisp golden-brown on the outside, moist and succulent on the inside, and salted and seasoned with just enough cayenne pepper to let you know it's there.

I have no choice. I am going to call my new goat-taco loving best friend, Chuck Schumer, and ask that he take up the cause of Gus's Fried Chicken with the good folks at Bon Appétit. If he loved the goat tacos at the Red Hook ball fields, he's going to freak out when he tastes Gus's World Famous Fried Chicken. 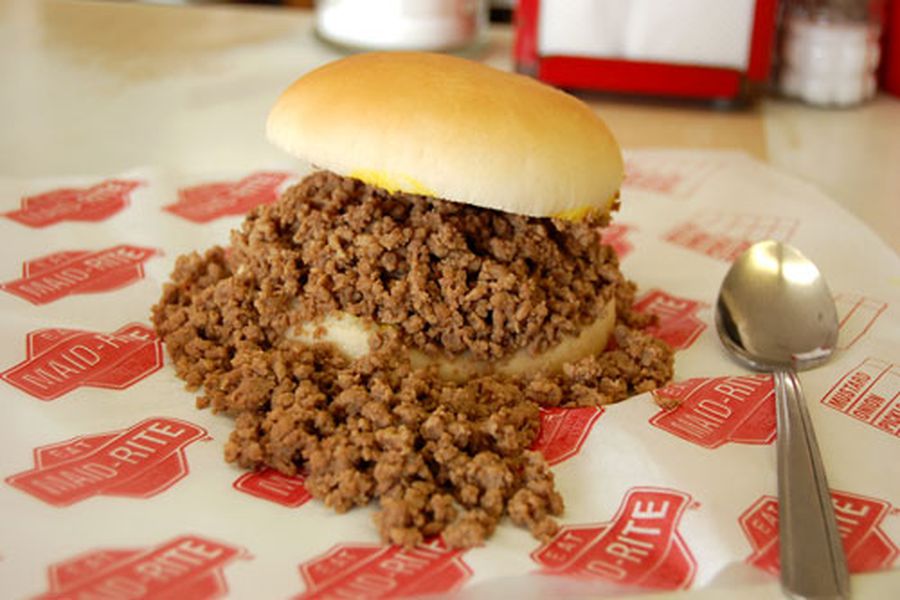 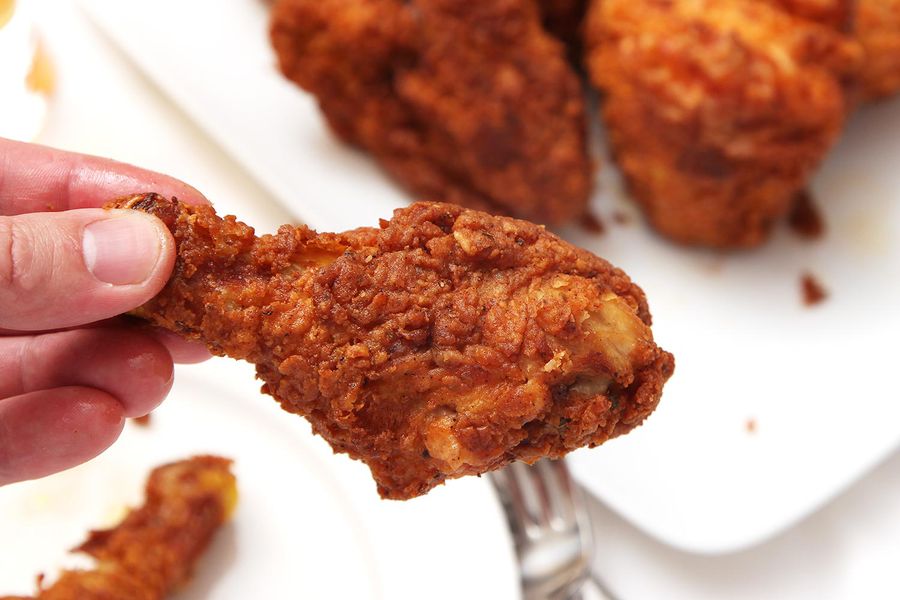 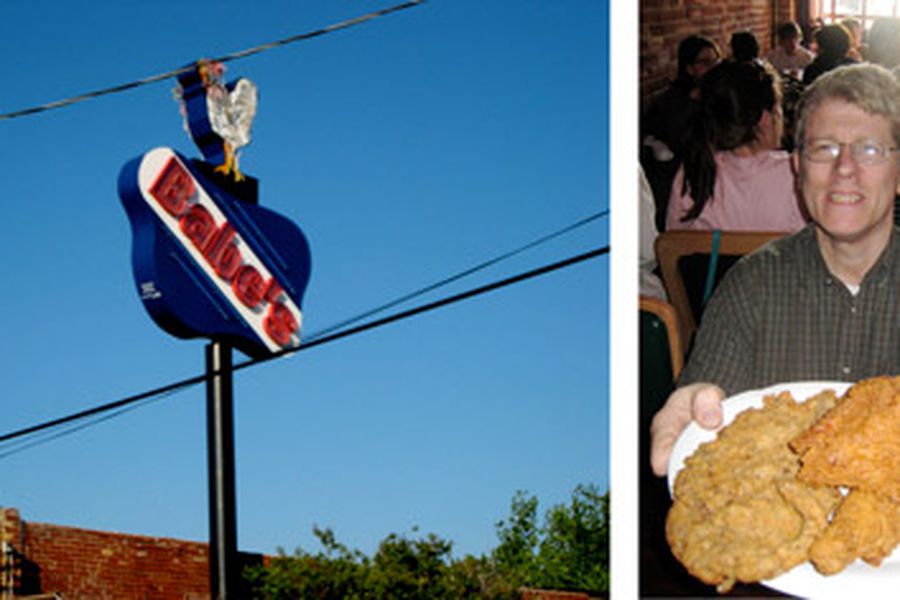 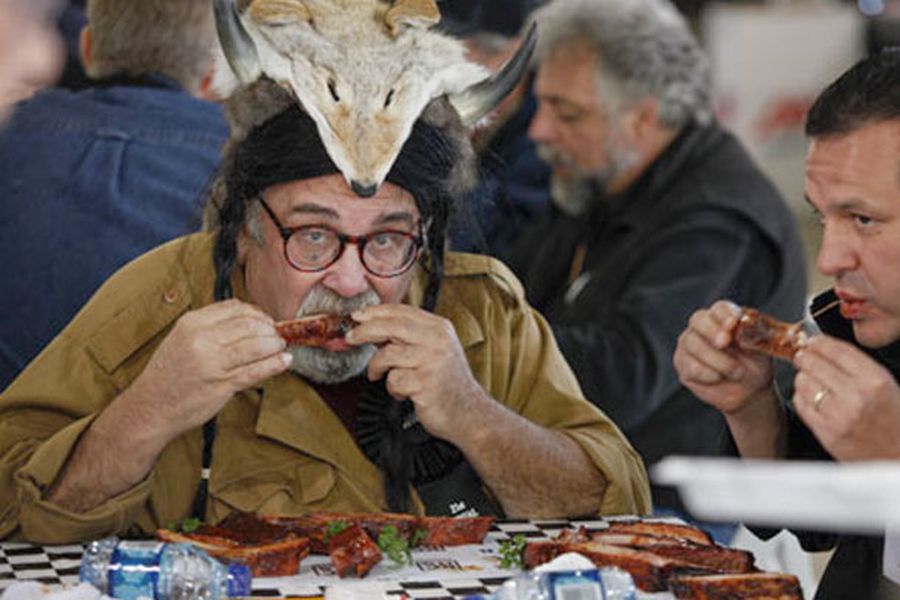 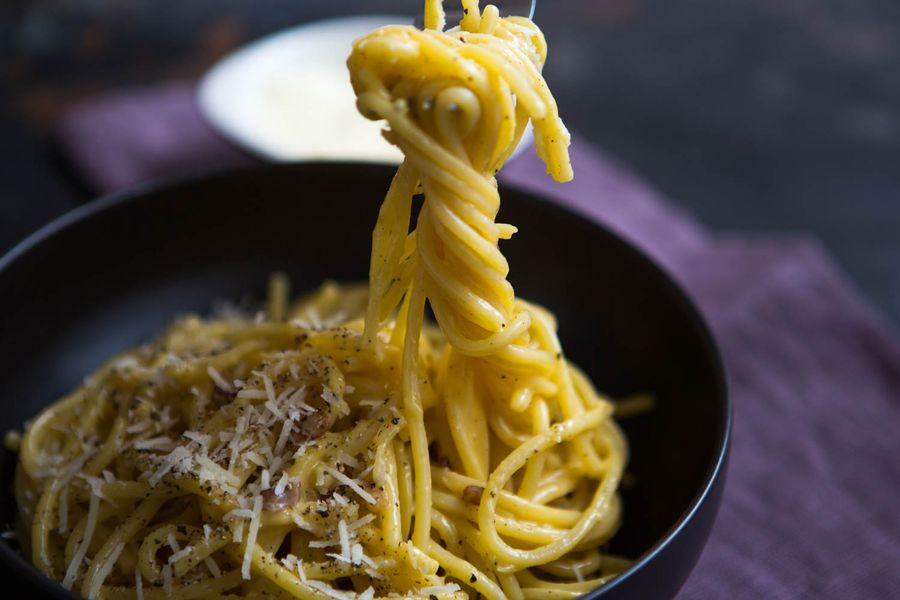 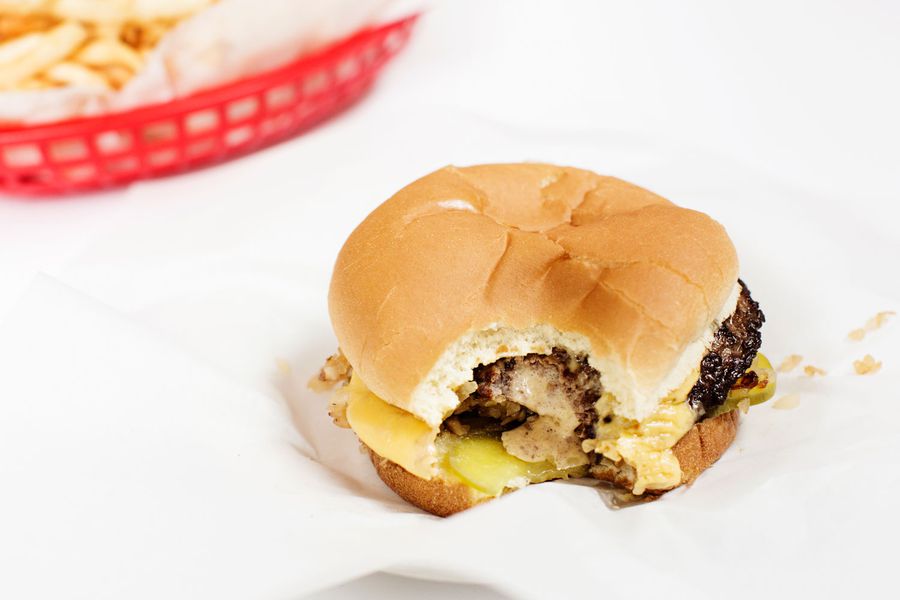 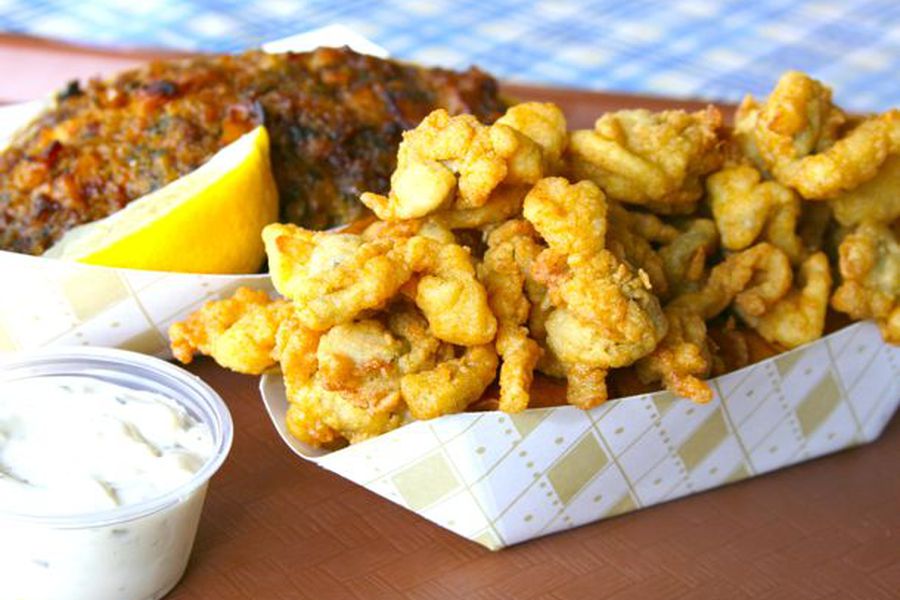 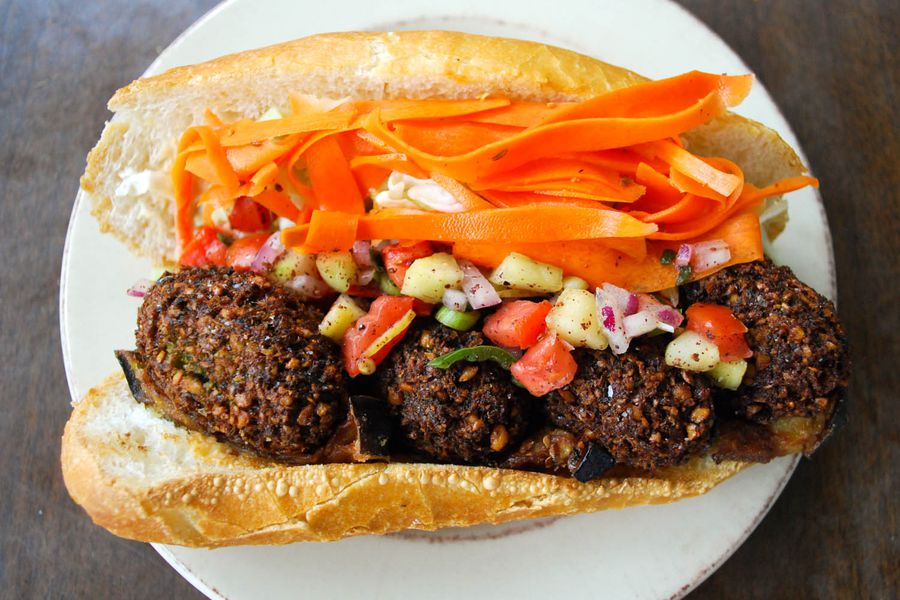 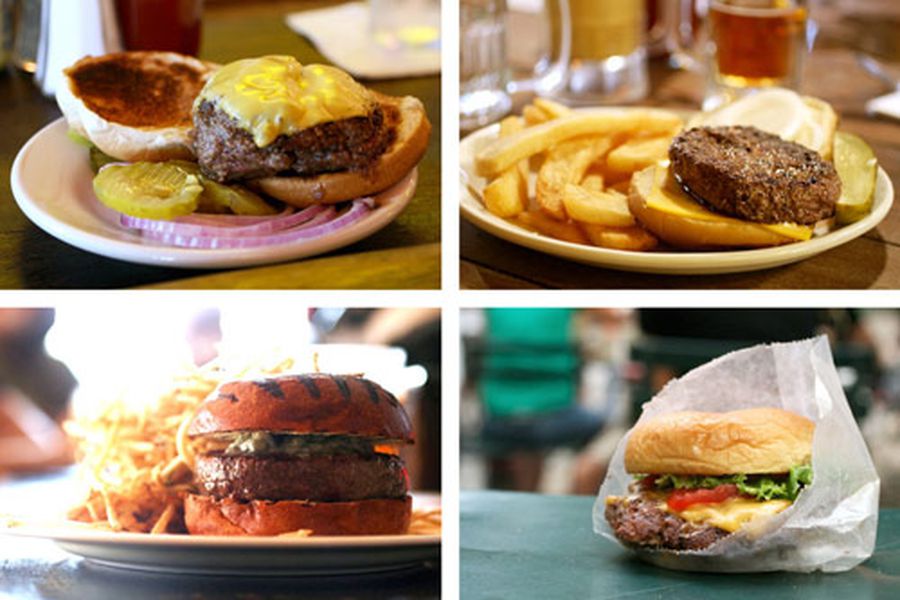 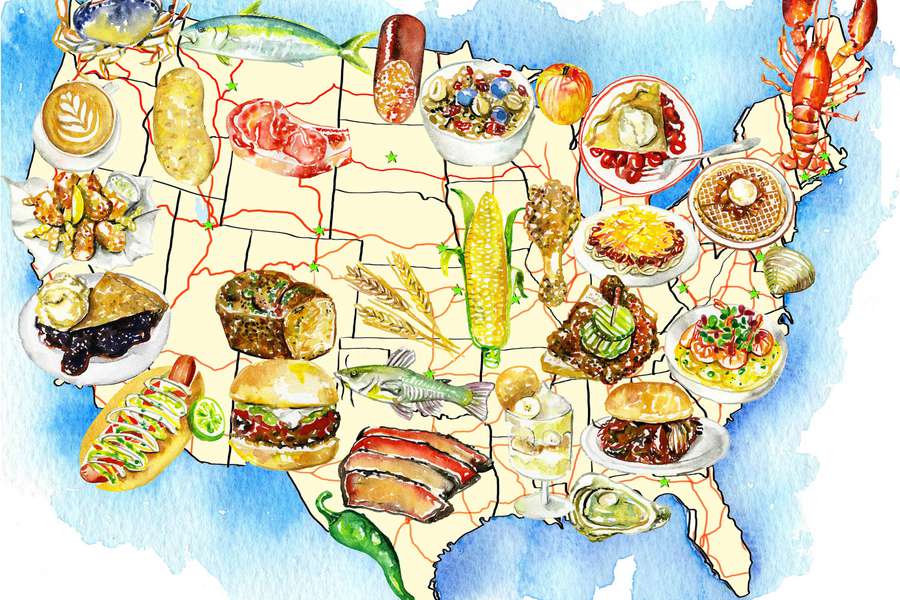 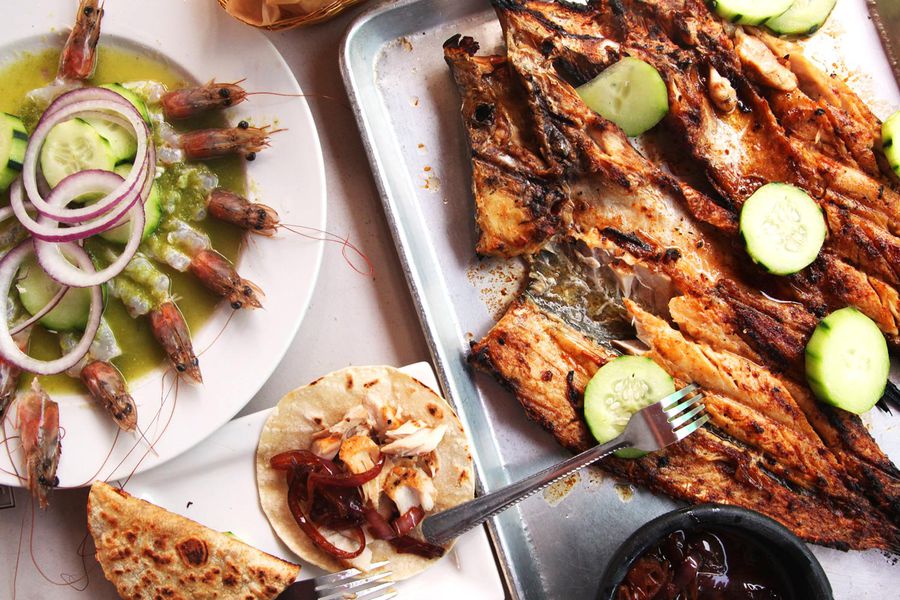 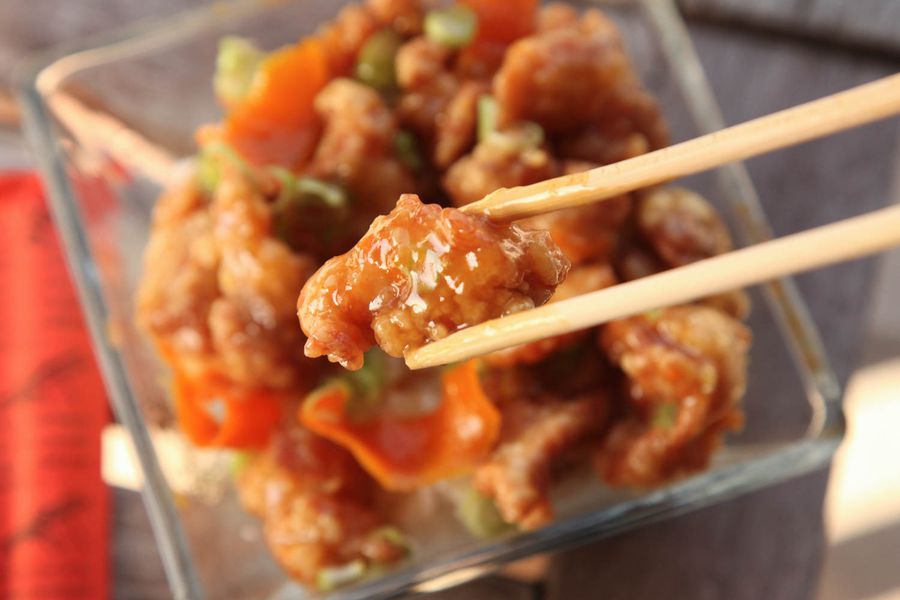